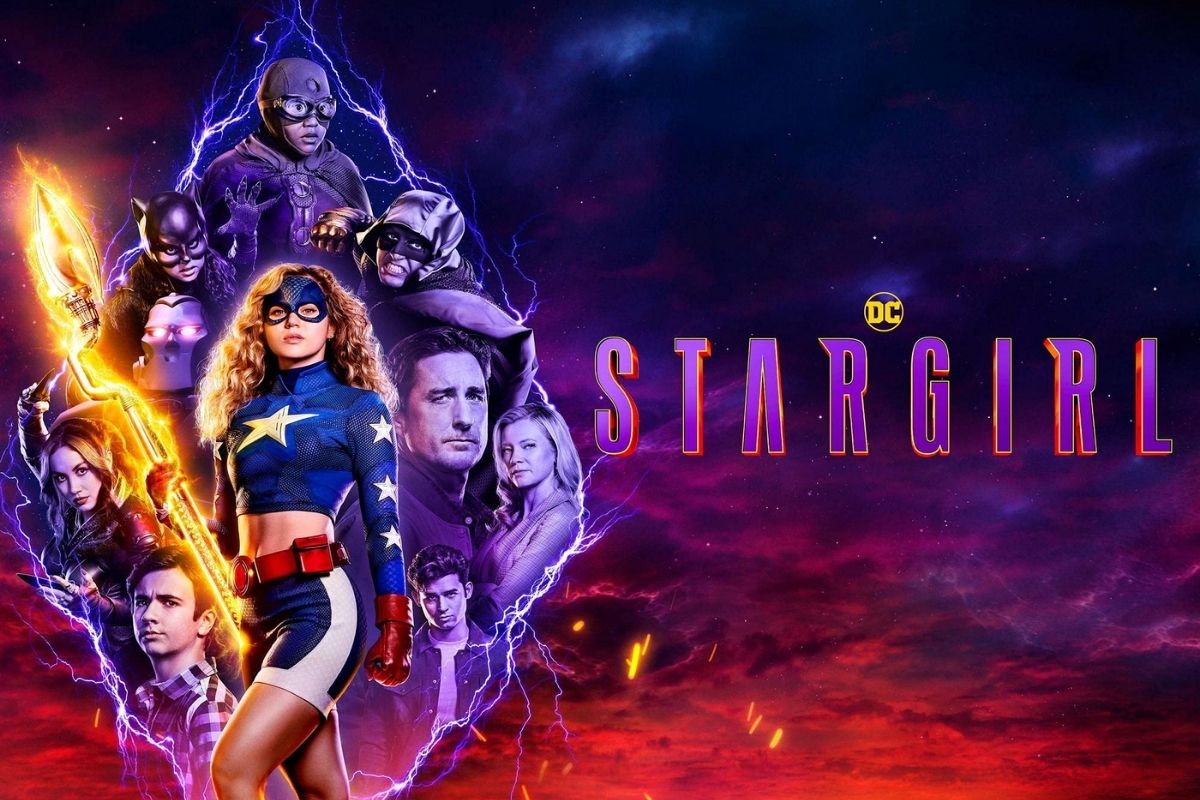 You might want to consider checking out Stargirl season two if Netflix’s recent film trilogy Fear Street didn’t satisfy your craving for throwback horror. The show draws on some legendary influences from the genre and is currently streaming on Netflix.

Courtney Whitmore (Brec Bassinger) will face off against one of the more terrifying villains from the DC Universe in the future episodes, namely the hideous Eclipso (played by The Expanse’s Nick Tarabay).

The demonic monster will lend a darker tone to the show’s sophomore season, with actress Brec Bassinger citing horror classics such as A Nightmare on Elm Street and Stephen King’s IT as stories that inspired producer Geoff Johns to create the character.

According to Entertainment Weekly, she said: “Because it is so different from season one, I believe people will be taken by surprise. And for the first six episodes of the season, it appears to be heading in one path, but then the final third of our season just goes completely berserk, and the direction in which the season finishes up will surprise many people.”

Having said that, fans of Stargirl’s once bright and joyful tone shouldn’t be scared off by the new episodes, as Johns has promised “humour and enjoyment” in the new episodes (via Entertainment Weekly), so it won’t be all doom, gloom, and hiding behind the couch.

Continue reading for your necessary primer on everything Stargirl season two, including the premiere date on Amazon Prime Video, the cast, the trailer, and the narrative synopsis.

The show will premiere in the United States the night before, on Tuesday, August 10th at 8 p.m., according to American broadcaster The CW, which has scheduled the premiere for that night.

The CW renewed Stargirl for a third season in May 2021, more than three months before the season’s first episode was scheduled to air. This ensured that the narrative of Courtney and her heroic friends would not come to an end this year. 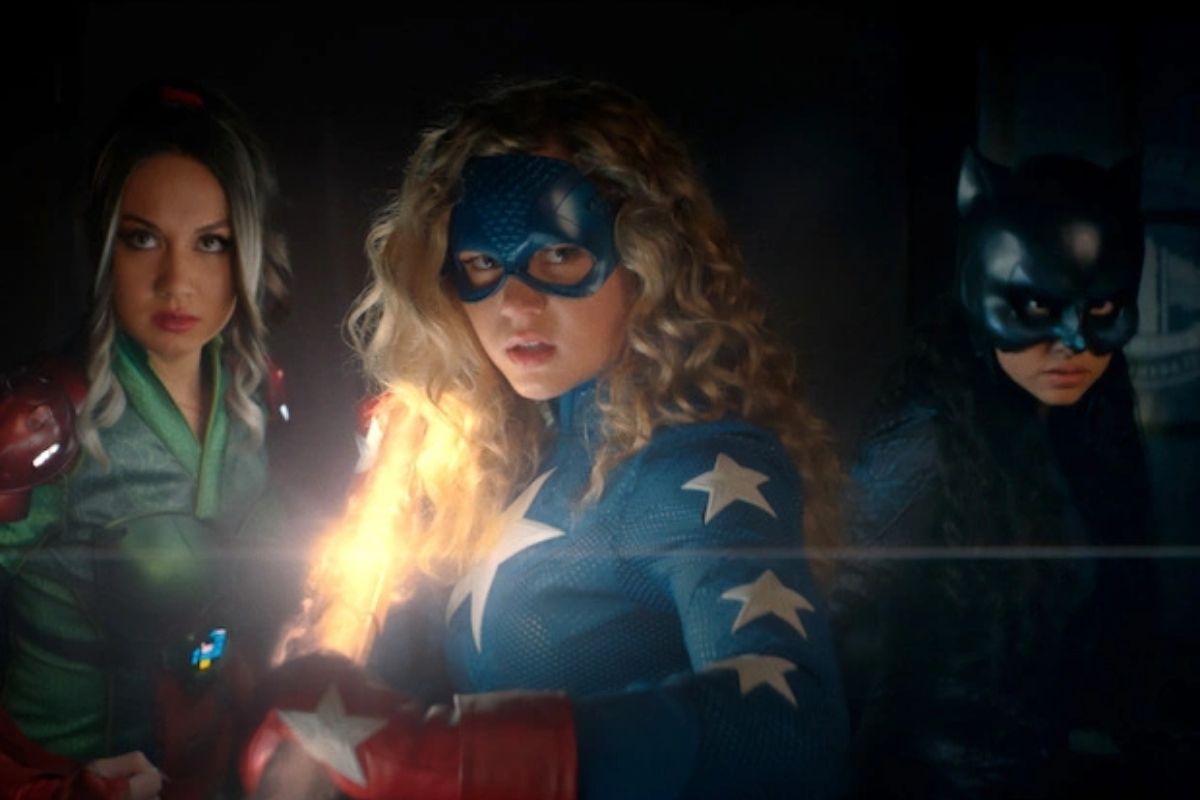 Brec Bassinger reprises her role as Stargirl, who is also known by her civilian identity, Courtney Whitmore, in the upcoming film Stargirl. In live-action television, Bassinger is the third actor to portray the character, following previous performances on Smallville and Legends of Tomorrow.

As Courtney’s stepfather Pat Dugan, co-star Luke Wilson reprises his role as the man in the suit of technologically superior armour known as STRIPE, who occasionally assists Courtney in her super-hero endeavours.

Ysa Penarejo, who recently appeared in Project MC2, will be taking on the role of Jade, the daughter of Alan Scott’s Green Lantern, who will appear to be following in her father’s footsteps in the series.

The first look at Eclipso from Stargirl season two has been released by TVLine, a character that executive producer Geoff Johns called as “terrifying” during the 2020 New York Comic-Con in July.

As previously reported, Meg DeLacy has confirmed that she would reprise her role as Cindy Burman, the wicked daughter of the Dragon King who was responsible for the discovery of the enigmatic Black Diamond in season one’s finale.

Co-star Bassinger revealed to Entertainment Weekly that “near the end of the season, we see [Cindy] receiving the Black Diamond, and we aren’t really sure what it is yet.” “In the course of the season, we’ll be learning more about what it does and what it’s capable of. Cindy, on the other hand, is out for vengeance. She wanted to be a part of the ISA, but they wouldn’t let her, so now that the ISA is no longer in existence, I believe it’s time for her to start her own ISA of her own.”

Community actor Joel McHale will resume his role as Sylvester Pemberton/Starman in the upcoming season, but creator Greg Johns has warned fans that they won’t see much of him until the second half of the season — and that he may not come to the forefront until season three.

“I always enjoy the long-burning subplots in the best comic books, and the return of Starman, Sylvester Pemberton, is one of those,” says the comic book writer “In an interview with TVLine, he teased the audience.

Some guests to look out for include DC veteran John Wesley Shipp, who will reprise his role as Golden Age Flash – alias Jay Garrick, in episode nine of the second season, bringing Stargirl even closer to the larger CW-verse.

“According to Johns, “It opens up the door to potential for us to interact with those [Arrowverse] characters in the future, which was crucial.” “And when we finally get around to it, we’ll do it in a way that’s hopefully unique to Stargirl.”

It will be released in July 2021 when the first trailer for Stargirl season two is released. Continuing on from their season one triumph, the Justice Society of America searches for a new home in the globe, while a new Green Lantern is introduced in season two. Take a look at this video.

It wasn’t long before another trailer was released, this one depicting Stargirl and the crew coming face to face with their newest adversary, The Shade.

There aren’t many facts about Stargirl’s sophomore season accessible at this time, but we do know who the show’s main villains will be, which is good news. Last October, during the New York Comic Con’s virtual panel (via Deadline), Stargirl creator Geoff Johns shared a lot of information on what to expect from the show’s season 2 antagonists.

For starters, despite the deaths of key Injustice Society members Icicle, Brainwave, and Dragon King, the Injustice Society will continue to pose a major threat to the world. In spite of the fact that he was absent for the majority of season 1, Johns claims that the Shade is “the most powerful” of all the ISA villains, and “extremely scary because no one knows exactly what he wants.” Johns also confirmed the reappearance of the gargantuan Solomon Grundy, who had fled after Hourman spared his life in the season 1 finale, and promised “a lot more story” about the monster in the upcoming season.

However, it appears that the ISA will not be the only villains with whom the heroes would have to contend this time around. Shiv discovers the black jewel containing Eclipso’s essence among the items of her deceased father near the end of the season 1 finale, and Johns remarks this is the kind of situation the JSA hasn’t had to deal with yet. “He’s a different, darker, scarier threat,” Johns described him as.

And then there’s Starman, who makes a surprise appearance. This is pure supposition, but now that Starman is back among the living, it’s safe to assume that he’ll want his Cosmic Rod back in his possession. If that’s the case, Courtney will have even another issue to cope with.

It is revealed in the Stargirl season 2 finale that Eclipso’s ultimate objective is to seize control of Stargirl and utilise her cosmic staff in concert with his own powers to bring the entire planet into his realm, known as the Shadowlands. What DC Hero (or Villain) will Cameron portray in Stargirl?