It’s no surprise that Midnight Mass has become one of Netflix’s most popular series this year, and it’s yet another triumph for the show’s creator Mike Flanagan, who previously had us hiding behind our couches during The Haunting of Bly Manor and The Haunting of Hill House (both of which you can watch on Netflix… if you’re brave enough).

Following the suspenseful seven episodes that saw the residents of Crockett Island being hunted, chomped on, and subjected to various horrific deaths, you’ll no doubt be wondering what will happen to the (very) few islanders that managed to make it through the conclusion.

Whether or not the horror series will be renewed for a second season has not been confirmed by Netflix, but given that it is presently billed as “limited series,” there’s a chance it will end up being a one-and-done affair.

It was announced last month that Flanagan is working on an adaptation of Edgar Allan Poe’s renowned short story The Fall of the House of Usher, which was first published in 1839. But before he gets to start on all of that, he’ll be working on another project.

The series is something I’m really looking forward to…” After announcing the initiative on Twitter, Flanagan said, “It’s unlike anything else we’ve done before.”

It has already been adapted for the cinema five times, including the 1960 horror picture House of Usher directed by Roger Corman and two different silent film adaptations, both of which were released in 1928. There are themes of madness, solitude, and family in this spooky gothic fiction novel that should be exactly up Mike Flanagan’s alley.

Roderick Usher, who lives in the mansion with his ailing sister Madeline, is the central character of the novel, which is told through the eyes of a narrator who visits him there. When Madeline passes away and Roderick decides to bury her in the family tomb inside the home, things start to get a little eerie… and that’s all we’re going to say about spoilers because it’s likely that Flanagan will add a fresh twist to the old story. 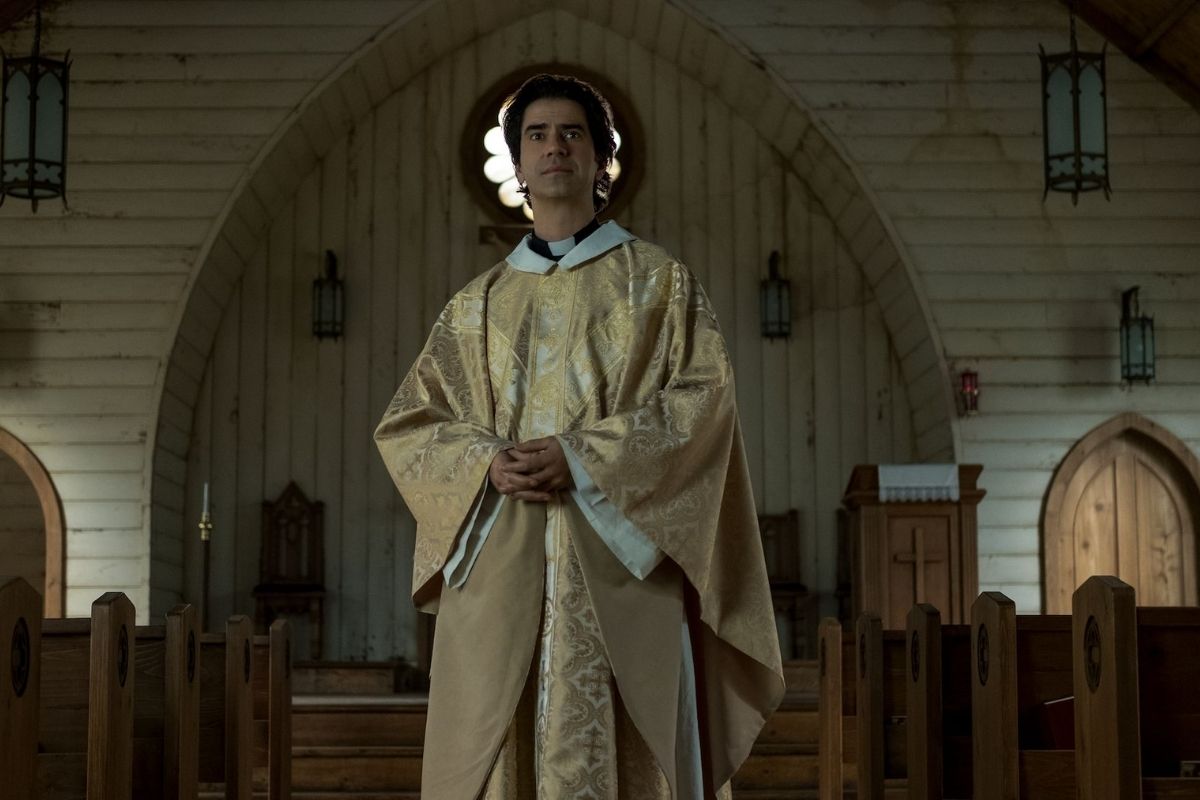 Because of the massive amount of death and damage, only two characters appeared to be alive at the conclusion of season one.

As a result, Leeza Scarborough (Annarah Cymone) and Warren Flynn (Igby Rigney) are the only two people who can rationally return to Crockett Island after it has been engulfed in flames and its inhabitants has been pulverised into dust when the sun rises.

There is also the potential that the angel managed to get away from the sunrise after it was sighted flying westward; the creature could return to the island or find a new feeding place on the mainland, but we have no way of knowing for certain (which is a scary thought). Alternatively, it is possible that another angel will be discovered and used to bring turmoil to the human realm.

There is a good chance that we may see them again, but in a different role, because Flanagan is known for bringing back familiar names for new projects, such as Kate Siegel and Rahul Kohli. We’d also expect to see some fresh faces, as well.

While the series conclusion of “Midnight Mass” left several things unresolved, it doesn’t appear that there is enough material left unexplored to warrant a second season of the popular show. Over the course of the current season of “Midnight Mass,” we were introduced to several complex individuals, some mysteries were (basically) unravelled, and the vast majority of the town’s problems were satisfactorily resolved. And, because the series was only approved for seven episodes, the writers went into it knowing they only had a limited amount of time to tell the narrative, which they did admirably in the limited time they had.

As previously stated, Leeza and Warren are the only two survivors from Crockett Island, and it makes the most sense that a second season — if and when it occurs — would follow their lives after the events of the first season. Depending on their goals, they may decide to try to fight the Angel once and for all or simply move on with their lives after experiencing all of the horrific things they have been through. To put it another way: Those two are the most likely candidates for a hypothetical Season 2 of “Midnight Mass.”

First and foremost, we require the all-important approval.

Trailers are normally released in the month preceding up to a film’s debut, so once we know when the film will be released, we’ll have a better idea of what to expect.

Clancy seemed to have come to terms with the fact that his mother will die at some point in the story at the end. He then gets on a bus with a bunch of people from previous episodes and wonders out loud, “Am I still alive?” The first season of Midnight Gospel has come to a conclusion.