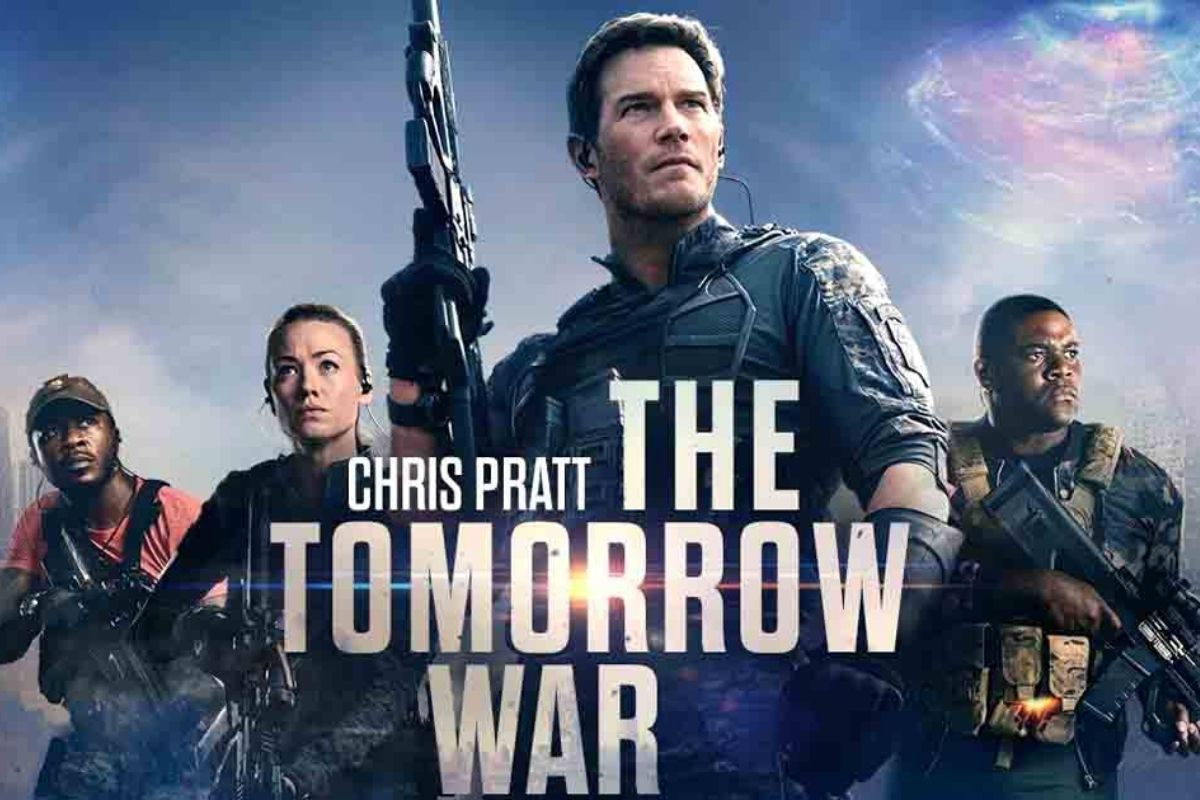 The Tomorrow War is about to give us thrills and spills galore this summer. Off the tail of his enormous blockbuster Avengers: Endgame, Chris Pratt goes on another action-packed sci-fi thriller. The Tomorrow War on Amazon Prime Video delivers a scary view into the future. Imagine the astonishment when a group of time travellers come from the year 2051 with a horrifying message — that 30 years in the future humans is losing a worldwide battle against a dangerous extraterrestrial civilization.

This announcement sends shockwaves around the planet in The Tomorrow War, with current day populations startled by the news that mankind are doomed. The only chance for survival is if people from the present accept to be transferred into the future to join the struggle. Of course there’s always an all-action hero portrayed by 42-year-old Chris Pratt to make things right!

Release Date Of The Tomorrow War

To rescue the human race from extinction, humanity must wage a battle with aliens 50 years in the future in The Tomorrow War. A date has been established for July 2, 2021, for the release of The Tomorrow War on Amazon Prime Video alone. Chris Pratt and J.K. Simmons star in Chris McKay’s directorial debut. 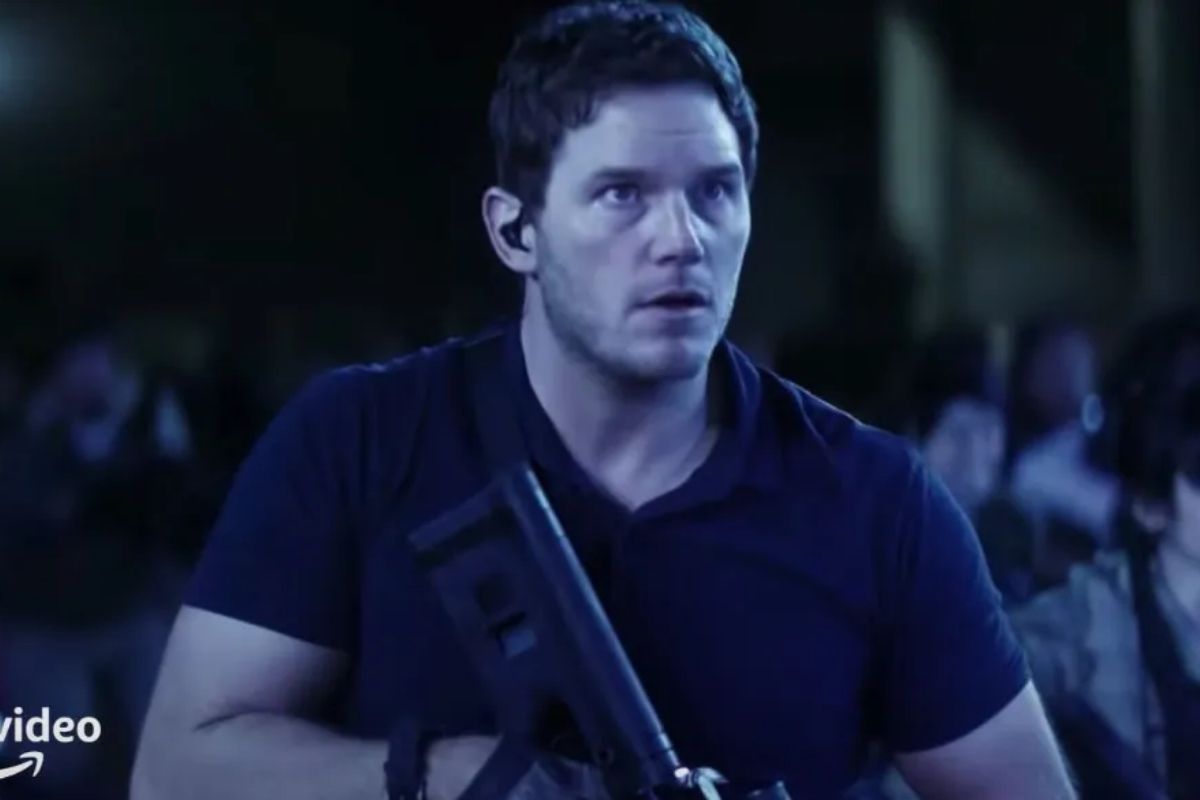 Cast Of The Tomorrow War

Among those selected to join the conflict in the future is Miami high school teacher and family man Dan Forester, portrayed by Chris Pratt. Dan is motivated to preserve the planet for his small daughter. “It’s a narrative about second chances,” Chris says of his character who lives on Miami Beach. “Dan is a man who feels like he’s always been meant to achieve something remarkable with his life, but hasn’t really done it yet, and I think that’s a sentiment a lot of people can identify to. At one moment or another, we’ve all questioned whether the life we’re experiencing may not be the one we were destined for.”

Chris Pratt certainly has decent action-hero credentials, making a name for himself in the Marvel movies, playing Star-Lord. His character has featured in Guardians of the Galaxy and its 2017 sequel, Avengers: Infinity War as well as the 2019 blockbuster Avengers: Endgame. He’ll also be appearing in their future flicks Thor: Love and Thunder, slated to be released next year, and The Guardians of the Galaxy Vol. 3, which will be arriving to our screens in 2023.

Chris also featured in Jurassic World in 2015 and the 2018 follow-up Jurassic World: Fallen Kingdom. He’s also more than able to handle the lighter aspects of the movie, having garnered praise for his role in the comedy series Parks and Recreation.

Action Of The Tomorrow War

Chris Pratt, actor of The Tomorrow War, says: “It truly was a physical film. Even though we’re focused on the inhabitants of present-day 2021 in this film, there’s a particularly memorable moment in which we plummet out of the sky above Miami and land in a swimming pool. So we got to do a lot of water stuff, and it was a lot of fun. We got to jump off of this really sort of high dive that we created out of a forklift and jumped off into the sea. As the camera tracked us to the bottom, stunt guys jumped in and landed on top of us, effectively submerging us. That whole action took two or three days to film.

Dan Forester has been feeling a lack of purpose and direction in his career for some time, and the issue of the draught presents an existential dilemma for him. He is terrified of leaving his wife Emmy (Glow’s Betty Gilpin) and their young daughter Mary to fight in a battle that he is unlikely to return from, but he also craves the sense of direction and purpose that he once had in the military. To avoid the draught and remove the gadget on his arm that would allow him to go to the future, he must locate his estranged father James, an engineer with a deep hatred of the government who lives off the grid.

This film, says Chris Pratt, “has some parallels thematically to It’s a Wonderful Life.”. He’s not going to commit suicide, but this person is unsatisfied with where he is in life, has an estranged father he blames for his problems, and realises that he has more parallels with him than he had previously thought,” says the author. He comes to accept and forgive his father since he understands how difficult it was for him as well.

“So Dan and his father have a complex connection, and I thought I could put my own experiences to bear on that. Many of Dan’s characteristics were derived from my personal experiences, even if they are quite different from Dan’s position. “

Trailer Of The Tomorrow War

Yes, a trailer for The Tomorrow War has just appeared and you can watch it here. In a world where citizens are fully armed and the existence of humanity is dependent on the wars led by Chris Pratt’s all-action character Dan Forester, there’s a lot of shooting and explosions, as you would imagine.

Locations Of The Tomorrow War

The Tomorrow War was shot between September 1, 2019 and January 1, 2020, with principal photography beginning on September 1, 2019. Despite the fact that the majority of the action took place in the United States state of Georgia — specifically in Lincolnton and Atlanta — a portion of the film was shot in Iceland. However, in the novel, the Nordic island country serves as a stand-in for Russia. As writer Zach Dean explains, “Shooting in Iceland provided the actors and crew with a connection to the material that went much beyond the theoretical.” “It has an impact on your senses in a manner that you just cannot get from sitting in front of a green screen on a studio in Los Angeles.” Everything feels much more severe, real, and tangible.” Everything feels much more extreme, genuine, and palpable.”

Getting The Tomorrow War Off The Ground

The path from concept to reality for “The Tomorrow War” started some years ago, in the middle of February of this year. A source from Variety at the time said the actor and Star-Lord Chris Pratt, who is known to Marvelites worldwide as Peter Quill, aka Star-Lord, was in discussions to collaborate with filmmaker Chris McKay on the project named “Ghost Draft.” “Top Gun: Maverick” was slated to be released in theatres under the banners of Paramount Pictures and Skydance Media — the same production companies behind the “Mission: Impossible” and “Star Trek” series, as well as other films such as the yet-to-be-released sequel “Top Gun: Maverick.” That was early in the project’s development; it wasn’t even known as “The Tomorrow War” at the time, and it faced a steep uphill struggle from there.

Variety reported in 2019 that work on the film previously known as “Ghost Draft” was set to begin sometime in the summer of that year, with a release date of sometime in 2020. After a few months of work by the film’s production crew to flesh out the cast (more on them later), main filming started in September of this year (via Backstage).

Plot Of The Tomorrow War

The narrative of “The Tomorrow War” is a bit of a unique spin on time-travel fiction. It follows military veteran and devoted father Dan, who comes to a child’s birthday celebration in order to see his daughter. While watching a live soccer game with his family, a strange event interrupts the broadcast. Soldiers from the future open a doorway in the middle of the soccer pitch. They say that in 30 years’ hence, humans will battle a lost struggle against an overpowering extraterrestrial army. With too few humans remaining to battle the force in 2051, troops from that time have gone to the year 2021 to conscript individuals in order to rescue the humanity of tomorrow.

Soon after this happens, individuals begin being enlisted into what’s known as the Tomorrow War. Dan’s wife Emmy is one of these unfortunate ones, but he offers to go in her place. Fixed with a time-traveling gadget on his wrist, Dan and the other warriors journey to the future in order to defend the Earth from a race of animalistic aliens.

Dan and his cohorts, after returning to the past, are successful, but by doing so they stop the war from ever happening, meaning Muri will never develop the toxin because there’s no need for it. In addition, all of the ‘present-day’ soldiers taken to the future are selected because they already are dead by 2051