After his sister Nezuko is changed into a demon, Tanjiro Kamado sets out to become a demon slayer himself in one of the most popular animes now on television. He’s on a mission to not only get her back to human form but also to put a stop to the monster who ruined her life and took the lives of their parents and siblings.

Season 2 of Demon Slayer is now running, providing viewers with even more action, characters, and background information on the demonic realm. As of this writing, at least one battle has lasted at least three episodes.

As a result, we’re looking forward to the next chapter. Season 3 of Demon Slayer has not yet been announced.

What Is The Release Date Of The Third Season Of “Demon Slayer”?

Fans of Demon Slayer may be disappointed to learn that the third season of the famous anime has yet to be released, although it is most likely due to the series’ popularity. Anime’s first season has received a “Outstanding” rating from Parrot Analytics in the United States for the whole month of January 2022. Compared to other shows in the country, it has an audience that is 17 times higher.

In addition, Mugen Train was a huge hit among fans. Keeping a train full of people safe from a strong demon out to destroy Tanjiro and his comrades, as well as a member of the Hashira, a group of the most brilliant and powerful demon slayers, serves as a bridge between the first and second seasons of Demon Slayer. It’s the highest-grossing anime film ever, according to Game Rant.

Season 3 Of ‘Demon Slayer’ On Netflix?

Netlfix currently has just the first season of Demon Slayer. Because Season 2 is still showing on other platforms, we may not be able to view it on that specific streaming service for some time, if ever. As of today, the anime may be viewed on Hulu and Crunchyroll. Hulu users may see the film Mugen Train.

Another season of Demon Slayer that has yet to be dubbed is season 2. To view the anime currently, the only choice is to use subtitles for Japanese voice acting because it isn’t apparent whether they have been recorded yet. Due to the fact that dubs for a program are sometimes published months after the Japanese originals, we’ll all have to read the screen for a while before we have any other options.

The second season of Demon Slayer is available on Crunchyroll and Hulu every Sunday. 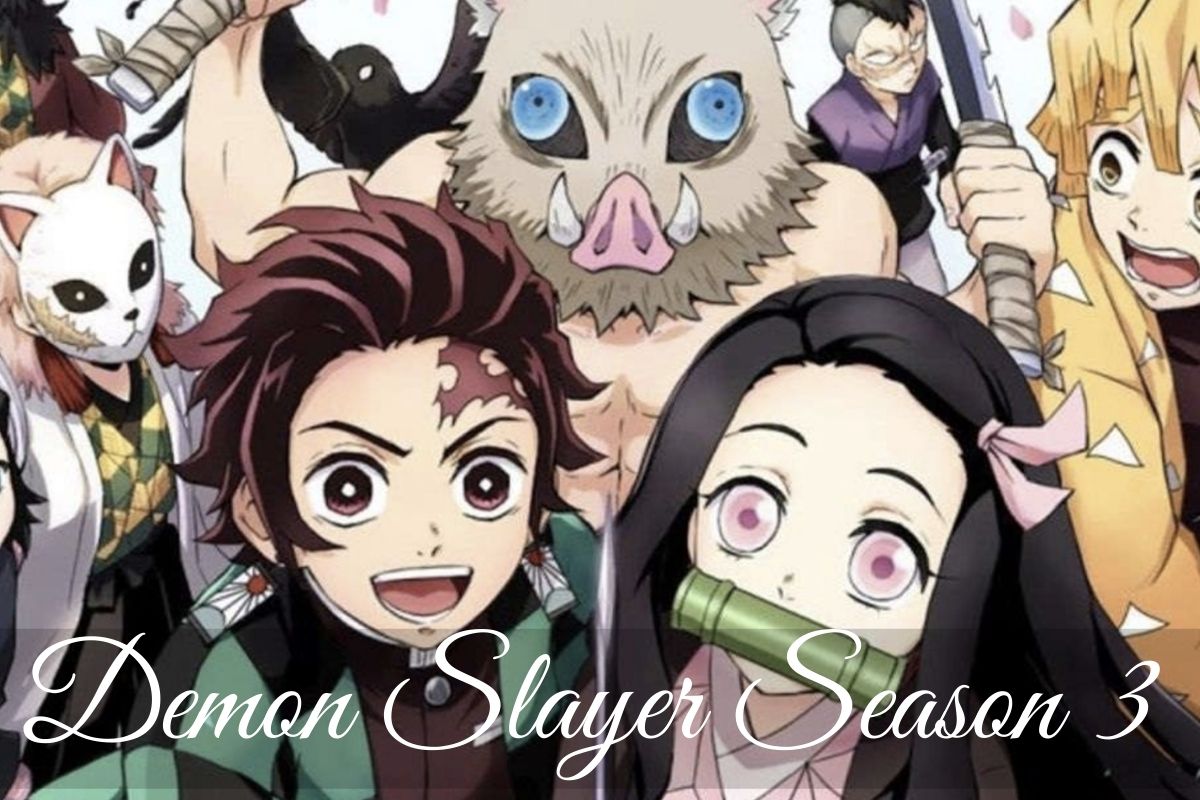 The Season 3 Trailer For Demon Slayer.

In light of what you’ve learned about Demon Slayer season 3, you’ve undoubtedly concluded that there is no trailer for the third season. We won’t see a third season trailer until the season has been confirmed, therefore we’ll have to wait till the third season is announced before any expectations of seeing a trailer.

The reactivation of Demon Slayer is a foregone conclusion, yet it is still too early to begin development. As both the manga and the anime were huge successes, it’s quite probable that the series will be brought back for another round. Even so, there is no official word about the upcoming season, so we’ll have to wait.

A trailer for Demon Slayer season three is unlikely to surface until early 2023, based on what we’ve learned so far about the anticipated premiere date of the third and eventual season.

The Third Season Of Demon Slayer Is About To Begin.

The two major arcs that follow the Entertainment District Arc might be adapted for the third season of Demon Slayer, given what has already transpired. This is followed by the shorter Hashira Training Arc, which concludes with the Final Battle Arc, which takes place in the village of Swordsmiths first. We anticipate that the third season will be based on the Swordsmith Village and Hashira Training Arcs, as the final arc is unlikely to be pushed into the following season. Both are summarised below.

His new Nichirin Blade was delivered in the Swordsmith Village. Genya Shinazugawa and Mitsuri Kanroji are both present. As he strolls through the hamlet, he spots Muichiro Tokito asking for a key in order to launch Yoriichi Zeroroshiki, an antique doll that has a unique Nichirin Blade inside it.

One of the doll’s six limbs is broken during Muichiro’s training with the doll. His father was an excellent artisan and his son, Kotetsu, was unable to follow in his footsteps, so he decided to go away. Tanjiro discovers him and helps him along. Kotetsu begs Tanjiro to become stronger than “that awful uncaring bastard” when he returns to the doll after it has been destroyed.

The gruelling training with the combat doll has begun. When Tanjiro succeeds to strike the doll after seven days and obtains the ability to sense enemy movements with his nose, he immediately goes in and lops off the head of Yoriichi Zeroshiki’s opponent. An old nichirin blade is discovered by Hotaru Haganezuka in the doll, which she brings to be fixed and polished.

The moons of the fifth and fourth upper echelon assault. Tanjiro Kamado was having a talk with Hantengu when Muichiro Tokito overheard them and was impacted by what he said. This fight connects Genya Shinazugawa and Nezuko Kamado. He gets knocked out of combat and ends up in the middle of a shootout between Muichiro and Gyokko, who is on his way to assassinate Haganezuku.

As a result of Muichiro’s triumph against himself, Gyokko is defeated by a mist-like mark. In addition, Mitsuri Kanroji joins the fight against Hantengu and receives a heart-shaped mark on her chest as well. Tanjiro wields his new, unpolished sword to pursue after the fourth moon’s true body. As a result, the sun’s rays no longer have any effect on Nezuko Kamado, who has vanquished her evil abilities.

In order to help all demon slayers improve their skills and well-being, the Hashira offer a unique training programme called the Hashira Training. The Hashira split up the training. The Sound Hashira and Tengen Uzui begin their endurance training with some light jogging. Kanroji Mitsuri of the Love Hashira and Muichiro Tokito of the Mist Hashira train for flexibility and quickness, respectively.

Sword skills are revisited in order by the Serpent Hashira, Obanai Iguro; followed by Sanemi Shinazugawa‘s Wind Hashira and Gyomei Himejima’s Stone Hashiro. Shinobu Kocho, the Insect Hashira, does not participate in the training training .’s As a general rule, most demon-slayers see training as an eternity in hell, save for Tanjiro Kamado and Inosuke Hashibira.

Generally speaking, the Hashira should participate in each other’s training as a matter of course. There’s little doubt that this is good for everyone involved, since even the Hashira are developing because to the continual barrage of lower-ranking juniors they’re always facing.

It Is Time For The Third Season Of Demon Slayer!

The third season of Demon Slayer is currently unavailable since it has not yet been released and we do not yet have the official release date. We have to wait and see which Japanese TV station will air the show before we know how it will be streamed and/or seen outside of Japan.

The Fourth Season Of Demon Slayer Is Being Planned.

Although we have no formal confirmation that the third season of Demon Slayer will be created (despite the fact that it is nearly a certainty), there are some strong clues that Demon Slayer will continue even beyond the probable third season.
Because the manga for Demon Slayer has yet to be completed and the seasons have fewer episodes, the show’s creators have less room to develop the story in a single season, but they also have more room for future seasons, as such shows shouldn’t be rushed.

The fact that Demon Slayer is so popular and doing so well, along with the fact that the anime hasn’t even adapted the entire tale (not even half of it), means that a fourth season is very certainly on the way. We’ll have to hold off on making any final judgments until we receive some official word.