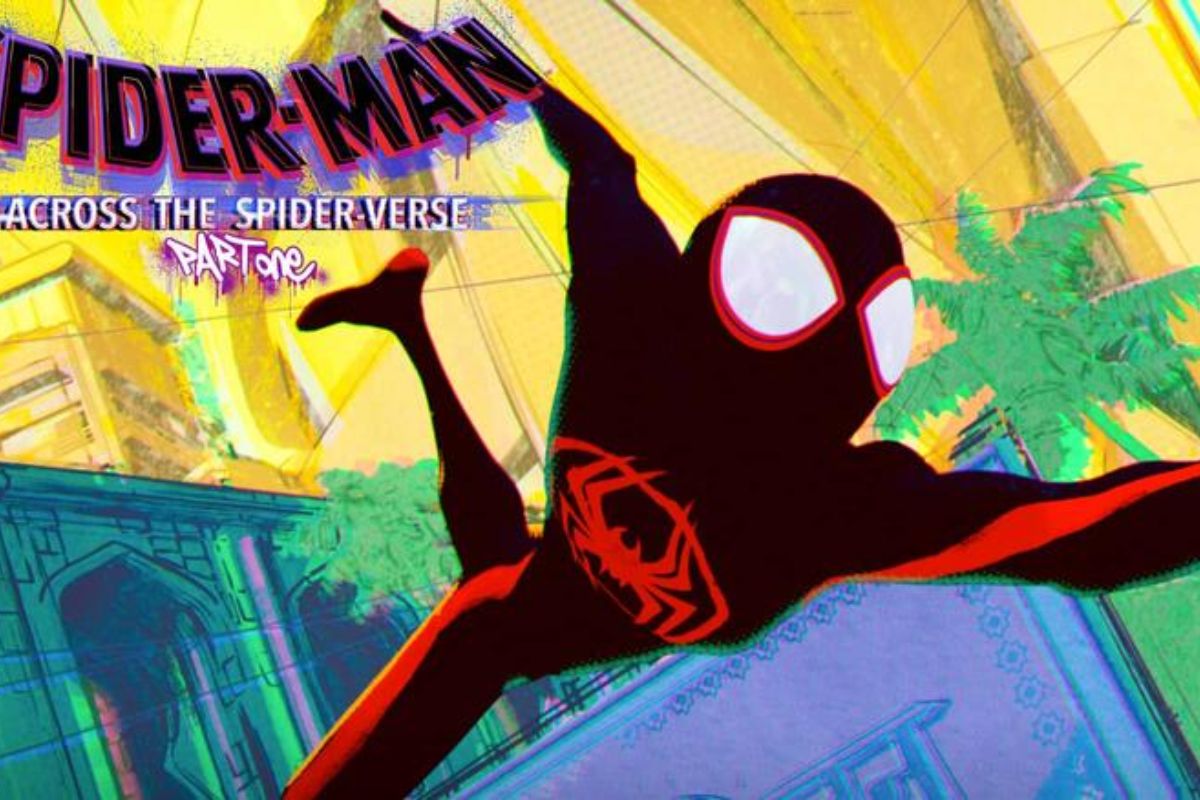 A surprising teaser for Spider-Man: Across the Spider-Verse went viral on the Internet in early December 2021, during a weekend of comic conventions, strange Daredevil announcements, and a late entrance by The Matrix Resurrections. In a month chock full of nerdy gifts like the other Spider-Man movie, the live-action Spider-Man: No Way Home, this was a welcome addition.

The teaser for Across the Spider-Verse was a nice surprise. One benefit is that it provided a name for the movie that had been referred to just as “Spider-Man: Into the Spider-Verse 2.” Although no film is made in a vacuum, there are several other details about the movie that have already been revealed, particularly after Sony provided additional clarification on key points during several presentations in 2022. What we do know about Spider-Man: Across the Universe, though, is worth examining.

Although the plot of Across the Spider-Verse is not yet known definite, we can glean some information from the film’s title, teaser, and presentation at CinemaCon. At the presentation, Miller and his producing partner Phil Lord revealed that there are six alternate dimensions in which Miles Morales (voiced by Shameik Moore) will embark on an adventure to solve the problem instead of having it dropped into his own. The teaser’s real video supports this claim, with the latter half providing a highly stylized interpretation of interstellar travel.

As for hints, they may be found in the preview’s first half as well. First of all, Miles has been given a disciplinary injunction. He’s gotten himself into another situation beyond his capabilities. We can assume the incident took place on campus, as Miles informs Gwen (Hailee Steinfeld) that his dorm room at Visions Academy is way more fun than his old bedroom. Meanwhile, reports from the footage shown at CinemaCon and subsequent presentations indicate that Gwen steals the show in the film’s opening minutes. A scene from the film shows her fighting the Vulture on Earth-65, but she soon runs across Spider-Man 2099 (Oscar Isaac), who explains that the Vulture’s pandemonium was caused by her actions following the events of Into the Spider-Verse. Along the way, they run upon Jessica Drew, nicknamed Spider-Woman, who is extremely far along in her pregnancy.

Further, it’s to be expected that Miles and Gwen’s budding romance will likewise remain tense. After all, she traveled through time and space to find him again, and he never stopped sketching her.

THE SPIDER-VERSE AS SETTING

One of the best parts about releasing Miles into the Spider-Verse is seeing how the Spider-Man premise and setting are interpreted in other universes. The idea that each of the six universes will have its unique visual style is thought to be central to the picture. Examples include the 2099 world, which is characterized by skyscrapers and a corporate dictatorship. The visual style of the Supaidaman universe will be largely influenced by the Tokusatsu vibe of the 1970s Japanese Spider-Man show and other similar shows.

Plans also include a stop in Gwen’s universe. And if Robbi Rodriguez’s Spider-Gwen comics are any indication, this new world might be just as shockingly vibrant as Miles’s own, with plenty of allusions to the established Marvel Comics universe. The aesthetic of the Fox animated Spider-Man cartoon from the 1990s, the original Spider-Man series from which the double Spider-Man meme originated, and possibly even a live-action world are all possibilities. Not to mention, and this is just conjectural, but it would be awesome if Miles, Gwen, and Spider-Man 2099 made an appearance in the MCU. However, it has been speculated that this will be saved until the last installment.

STARRING ACROSS THE SPIDER-VERSE

Hailee Steinfeld is back as Gwen, while Shameik Moore is back as Miles (with a new outfit and a new symbol). Oscar Isaac will reprise his cameo from Into the Spider-Verse as Spider-Man 2099. Spider-original Man’s Peter B. Parker, now in his mid-40s and played by Jake Johnson, will also be back. Spider-Man Noir (Nicolas Cage), Peni Parker (Kimiko Glenn), and Spider-Ham (John Mulaney) might return, but the same can’t be said of Aunt May (Lily Tomlin) or Mary Jane Parker (Zoe Kravitz). At the very least, Miles’s parents Jefferson (Brian Tyree Henry) and Rio (Luna Lauren Velez) will return to the film to put an end to his truancy and take on the school counselor. Shea Whigham makes his debut as Gwen’s dad, Captain George Stacy, while Jorma Taccone appears as a Vulture who appears on Earth-65 but isn’t strictly from that world’s canon.

Issa Rae, who plays Jessica Drew, the first Spider-Woman, is also a fresh addition to the cast. The character, developed by Archie Goodwin and Marie Severin in 1977, was intended to offer a stark contrast to Spider-Man; after her series concluded, she became a recurring supporting character in Wolverine. She hopped from one comic to the next during the ’90s, but it wasn’t until Brian Michael Bendis’ Secret Invasion miniseries that she became a main part of the Avengers. How well she fits in with the new Spider-Verse squad and whatever of her multiple origins the filmmakers choose to employ remains to be seen. 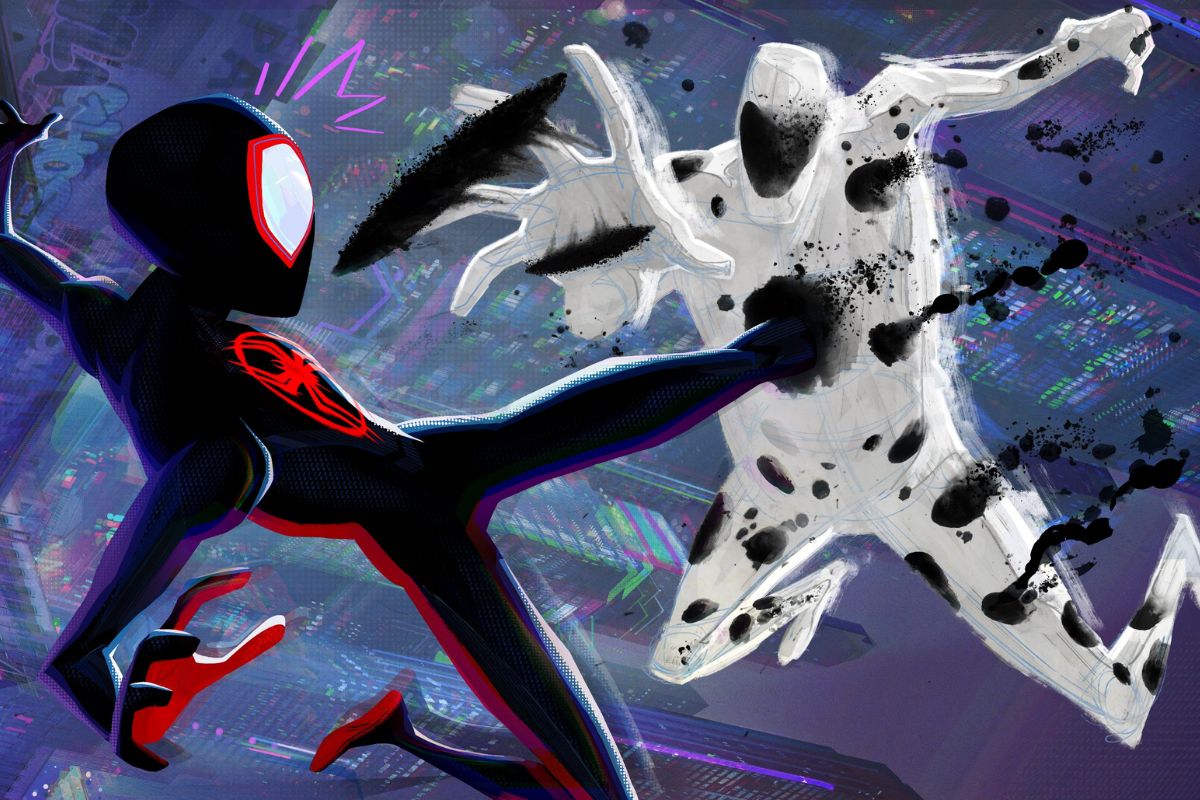 Where it’s at. The figure, who was developed by Al Milgrom and Herb Trimpe and is portrayed onscreen by Jason Schwartzman, travels via portals in many dimensions to reach his destinations, acquire needed supplies, and expel his enemies. It’s not clear if he’s a player in the multiverse’s instability or just another villain Miles must defeat in his job as Spider-Man. Nonetheless, given his comic book roots, which involve Wilson Fisk and a blackout, he may be an ever-lasting fallout from the conclusion of Into the Spider-Verse.

The creative team includes returning writer/producer Phil Lord, who is joined by regular writing collaborator Christopher Miller and newcomer David Callaham. Former directors of “Into the Spider-Verse,” Bob Persichetti, Peter Ramsey, and Rodney Rothman are replaced with Legend of Korra mainstay Joaquim Dos Santos, “Soul” co-director Kemp Powers, and “The First Movie” production designer Justin K. Thompson. However, the trailer suggests the original film’s Oscar-winning flair will be maintained. Producers Christine Steinberg and Amy Pascal are on board in addition to series regulars Avi Arad and Peter Parker. Ramsey is an executive producer on the show. Also, composer Daniel Pemberton announced in December 2020 that he will be back for the sequel.

According to merch, Spider-Punk is officially set to appear on ‘SPIDER-MAN: ACROSS THE SPIDER-VERSE – PART ONE’. pic.twitter.com/mO4lggkKno

The premiere date for Spider-Man: Across the Spider-Verse has been pushed back from October 7, 2022, to June 2, 2023. The sequel, titled Spider-Man: Beyond the Spider-Verse, will debut on March 29, 2024. The title alludes to a possible crossover with the Marvel Cinematic Universe. Nonetheless, that’s not all. Even before production began on the sequel, Pascal announced it would act as a springboard for an animated picture titled Spider-Women, which would star Steinfeld’s Gwen, Rae’s Spider-Woman, and Silk, a third Spider-themed hero who would later earn her animated TV series from Lord and Miller. It’s not known if that version will have any ties to Bek Smith and Lauren Montgomery’s upcoming Spider-Women, but it does suggest that Spider-Verse will become a regular feature of the moviegoing community in the coming decade.