Since its inception in the fall of 2021, NCIS: Hawai’i has gone from being a freshman drama to one of CBS’s most popular shows, and its many fans are eagerly anticipating the premiere of season 2. It’s no secret that the NCIS spinoff was a huge success for CBS and the network in its first year on the air. How well will the new season be received by viewers?

The island of Oahu, where the show is shot, is as thrilled as CBS and the show’s viewers at large by the news of the return of the series. The second season of NCIS: Hawai’i was blessed with a traditional Hawaiian blessing at the start of filming, which included the exchange of royal maile leis, the recitation of the Oli Aloha welcoming chant, and the singing of Pule Ho’oku’u (a closing prayer). With that as a springboard, season 2 of NCIS: Hawai’i will premiere this fall. See here for the latest season’s complete scoop.

When is the NCIS: Hawai’i season 2 Release Date?

The second season premiere of NCIS: Hawai’i will air on CBS on Monday, September 19 at 10 p.m. Eastern Time/9 p.m. Pacific Time. The show will return to its original time slot following NCIS at 9 p.m. ET/PT, as it did in its debut season.

New episodes of NCIS: Hawai’i will be available on-demand the day after they air for subscribers of Paramount Plus (Tuesdays). Unfortunately, Season 2 has yet to receive a release date in the United Kingdom. NCIS: Hawai’i season 1 hasn’t even made it to UK audiences yet. It might eventually air on Disney Plus, where you can get all the seasons of NCIS, or on Paramount Plus, which has just launched in the UK.

Who is in the NCIS: Hawai’i season 2 Cast?

Based on what we know so far, here’s who we’re guessing the NCIS: Hawai’i season 2 cast will include:

Only Enver Gjokaj, who plays Captain Joe Milius, has not been guaranteed to return for the second season. Viewers know that Milius has been rumored to be in Washington, DC, working on a new project. Due to the unpredictable nature of the show, his reappearance for an episode or two is not out of the question. 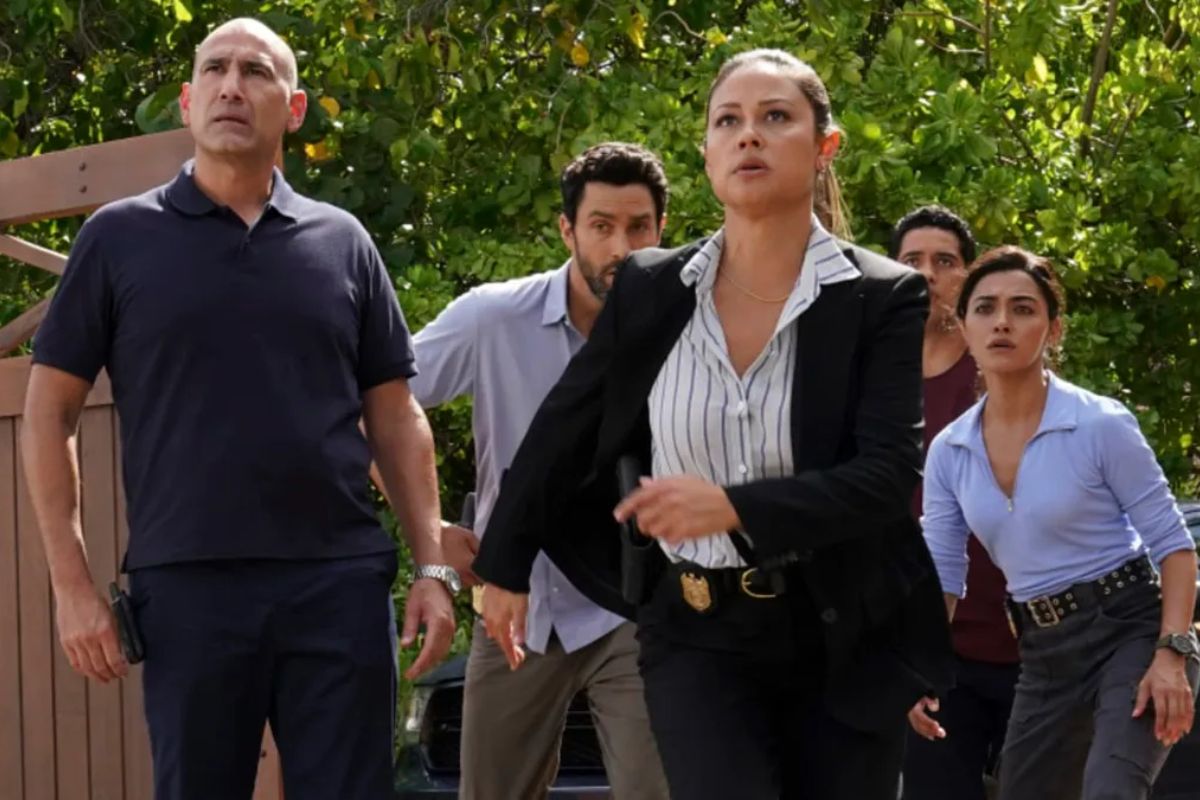 What is the NCIS: Hawai’i season 2 Plot?

Storylines for season 2 of NCIS: Hawai’i have not been announced, but given the show’s procedural nature, we can probably assume that while there will be some season-long arcs (like the relationship drama between Jane and Captain Joe Milius), many episodes will be contained to single cases solved within the hour-long episode.

If you want a summary of the show NCIS: Hawai’i, here is CBS’s official synopsis:

“Special Agent in Charge of NCIS at Pearl Harbor for the first time is Jane Tennant. While juggling her responsibilities to her family and country, she and her squad investigate crimes of the highest stakes involving military personnel, national security, and the island’s mysteries. The NCIS: Hawai’i squad consists of both mainlanders who have found peace and quiet in the Pacific and seasoned natives who can tell mahalo from kapu.”

Is there an NCIS: Hawai’i season 2 Trailer?

It’s too early for a trailer for NCIS: Hawai’i season 2, but we’ll update this page when one becomes available.

How to watch NCIS: Hawai’i

The newest episodes of NCIS: Hawai’i, which airs on CBS, are accessible to anyone with a cable or satellite television subscription or a television antenna. New episodes are also available live for subscribers of FuboTV, Hulu with Live TV, and YouTube TV, all of which carry CBS.

NCIS: Hawai’i is only available on Paramount Plus, but you can watch it live or on-demand whenever you like. Ad-supported Paramount Plus does still offer the episode on-demand the day after it airs on TV, but only to subscribers of the premium, ad-free subscription.

Unfortunately, we don’t know yet where in the UK you can watch NCIS: Hawai’i via streaming.

NCIS: Hawai’i is a procedural drama that airs on CBS and features Vanessa Lachey, Yasmine Al-Bustami, Jason Antoon, Noah Mills, Tori Anderson, Kian Talan, and Alex Tarrant in recurring roles. Special Agent in Charge of NCIS in Pearl Harbor is Jane Tennant (Lachey), the first woman to hold this position. She has succeeded and climbed through the ranks despite constant opposition from the system by using a combination of optimism and cunning. Junior field agent Lucy Tara (Al-Bustami), cyber intelligence specialist Ernie Malik (Antoon), second-in-command Jesse Boone (Mills), Defense Intelligence Agency Special Agent Kate Whistler (Anderson), and rookie NCIS agent Kai Holman (Tarrant) comprise her unyielding squad of specialists. While investigating crimes of high stakes involving military personnel, national security, and the secrets of the island paradise itself, Tennant and her team must find a way to combine their responsibilities to family and country.