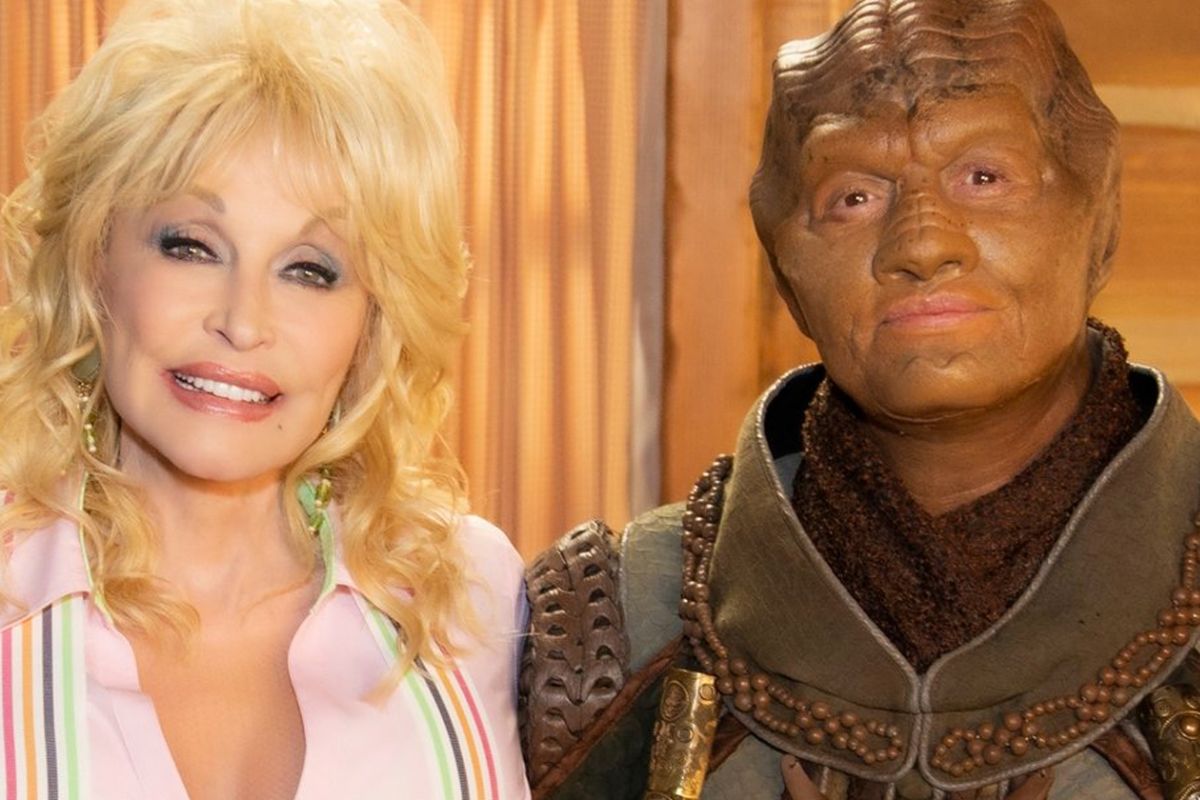 Warning: Spoilers ahead for “The Orville” season 3, episode 8

Every long-running TV program has a “filler” or “bottle episode” every once in a while, but while those episodes are usually made on a reduced budget and limited in scope to use as few regular cast members, effects, and sets as possible, that was not the case this week.

This week’s show, though, was like a huge melting pot in which everything was dumped, and it also had a very impressive budget and played out like a mini-movie. An hour and twenty-six minutes is a long time for a television episode; for comparison, “Invasion of the Body Snatchers” (1956) lasts only eighty minutes, “THX 1138” is 88 minutes, and “Silent Running” is 89 minutes.

Yes, ‘The Orville’ Season 3 episode 8 is preparing for a full-power descent into the Season 3 finale, so a slight pause just before fully committing to the dive is to be expected, or at the very least, is pretty usual. This episode has a similar vibe to it. This week’s episodes feature high-speed chases, emotional upheaval, torture, escape, close quarters fighting, reunification, and yes, Dolly Parton. There is still a lot to be entertained by, and we’ll get to that.

In this first segment, we take a look back at Topa’s early years (Imani Pullum). As a great bookend to this episode, Lt. Cmdr. Bortus (Peter Macon) tells Cmdr. Kelly Grayson (Adrianne Palicki) that since Klyden’s (Chad L. Coleman) departure, Topa has struggled to open up about her personal feelin. She reveals that she has affection for someone she knows, and Grayson advises her to express those emotions to the target of her affection. The revelation that it’s Lt. Gordon Malloy (Scott Grimes) leads to a hilarious back-and-forth in engineering.

Since the events of “Sanctuary” (S02, E12) and the more recent “A Tale of Two Topas,” nearly a year has passed since the Planetary Union gave protective status to Heveena (Rena Owen) and her colony of Mo clan refugees (S03, E05). Each party to the agreement has the right to undertake an annual examination of the colony to make sure the other is following the provisions of the agreement. These inspections must be mutually agreed upon by the Union Council and the Mo clan government. Admiral Halsey (Victor Garber) sends Orville’s Commanders Grayson and Bortus to the colony to represent the Union because of the ship’s history and the crew’s familiarity with the area. This old chestnut is being brought up again in anticipation of the potential Kaylon-centric season finale.

We witness the traditional small-scale utopian settlement made famous by episodes like “Stargate SG1” and “Star Trek: The Next Generation,” and young Topa gets to meet Heveena and gawk at her spectacular shrine to Dolly Parton. You may recall that in the aforementioned episode “Sanctuary,” Captain Ed Mercer (Seth MacFarlane) introduces Heveena to the music of Dolly Parton, and Heveena promptly labels Parton “a great Earth poet,” in true MacFarlane fashion. 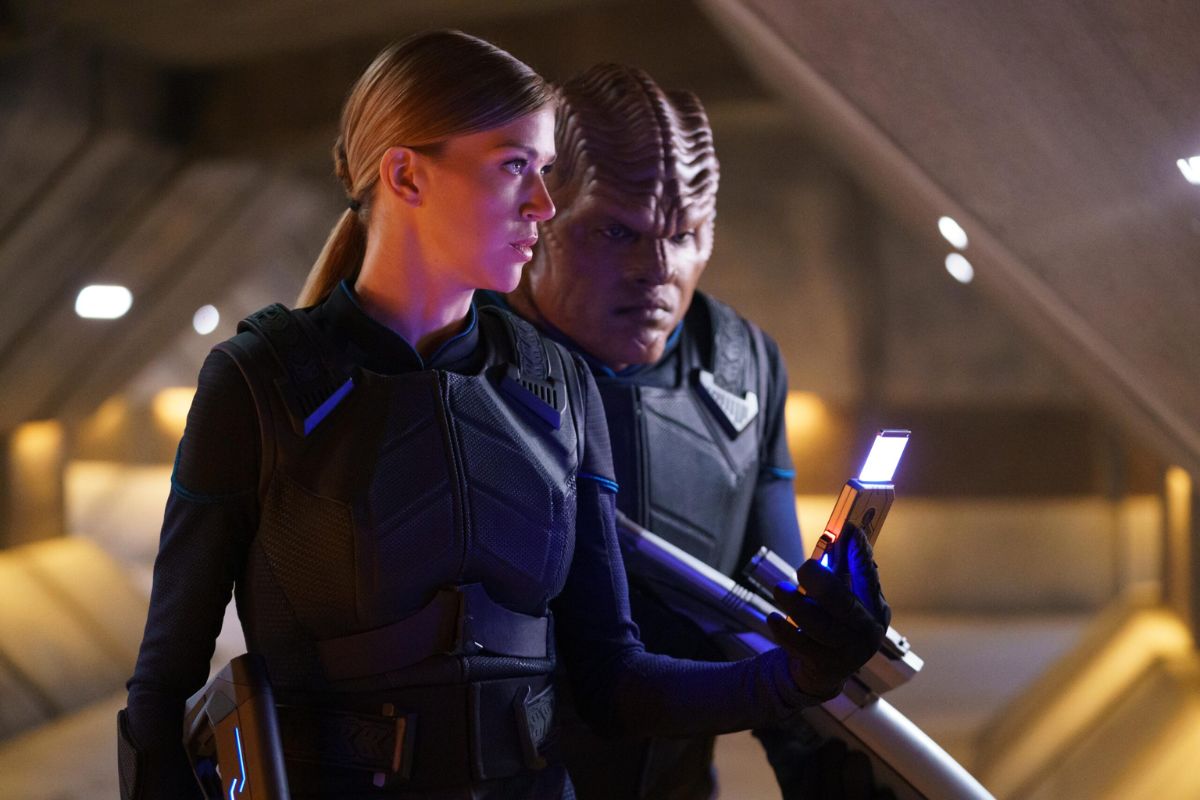 It looks like everything is proceeding smoothly… Helena then approaches Topa and convinces her to join her cause. You see, despite the inspection to make sure both parties are keeping their end of the bargain, Heveena has still been smuggling female Mo clan off of Moclus, putting everyone in danger in the process. This section feels strangely unreal, and not simply because everything but the kitchen sink has been tossed into it. Rena Owen’s delivery has all the hallmarks of a disinformation ploy, and Heveena’s gamble is enormous. It’s unclear whether or not this was done on purpose; had it been, it would have provided a fascinating new dimension to the story. It just wasn’t meant to be, unfortunately.

Now, according to behind-the-scenes information(opens in new tab), not only was this episode affected by constraints and schedule issues due to Covid-19, but three of the show’s co-stars were also pregnant while filming. For this reason, it’s not surprising that this episode doesn’t live up to the quality set by the remainder of the third season.

‘The Orville’ Season 3 episode 8 Topa, who had promised to assist in passing along information, was taken by Mo clan soldiers who were inspecting the area around the peaceful campsite. This could have been Heveena’s way of anticipating and counting on the capture of young Topa as part of a (slick, but slightly twisted and therefore more fascinating) counter-intelligence action. Unfortunately, such was not the case.

Orville intervenes, and Heveena admits that she lied to him. Because they have to, the Planetary Union steps in and demands her testimony at a hearing where evidence of the kidnapping will also be presented. In the meantime, Grayson and Bortus try to give chase to the people who kidnapped the Mo clan by taking off in their shuttle.

Mercer tries to persuade Heveena by bringing Dolly Parton and her log cabin from Tennessee into the holosuite. The musical icon who imparts wisdom and persuades Heveena to address the council of the Planetary Union is, with the exception of a touch of de-aging CGI, the singer/songwriter herself. and the situation is quite similar to that in the episode “Sanctuary.” To save young Topa from being tortured in a hidden underground facility, Grayson and Bortus must now intervene.

Grayson and Bortus have an exciting “will they, won’t they?” moment right before young Topa is rescued, and it’s noteworthy to note that Bortus refrains from killing the battle-scared Mo clan who has been torturing her. He verifies that he now has the identity of the Sanctuary’s contact on Moclus and the encryption frequencies mere seconds before our brave heroes raid the cell where she is being held captive. As for whether or not this will be brought up again in a later episode, only time will tell.

They manage to save her, and then there’s a chase scene between the Union shuttle and three Mo clan fighters because, you know, this episode has everything. And on cue, they bring in the abused Mochlan girl child to show the council of the Planetary Union. Everything gets resolved as well as it can be, and then, in the episode’s most heartwarming moment, Klyden (Chad L. Coleman) arrives and invites Grayson to join them for dinner, in stark contrast to what transpired a few weeks previously.