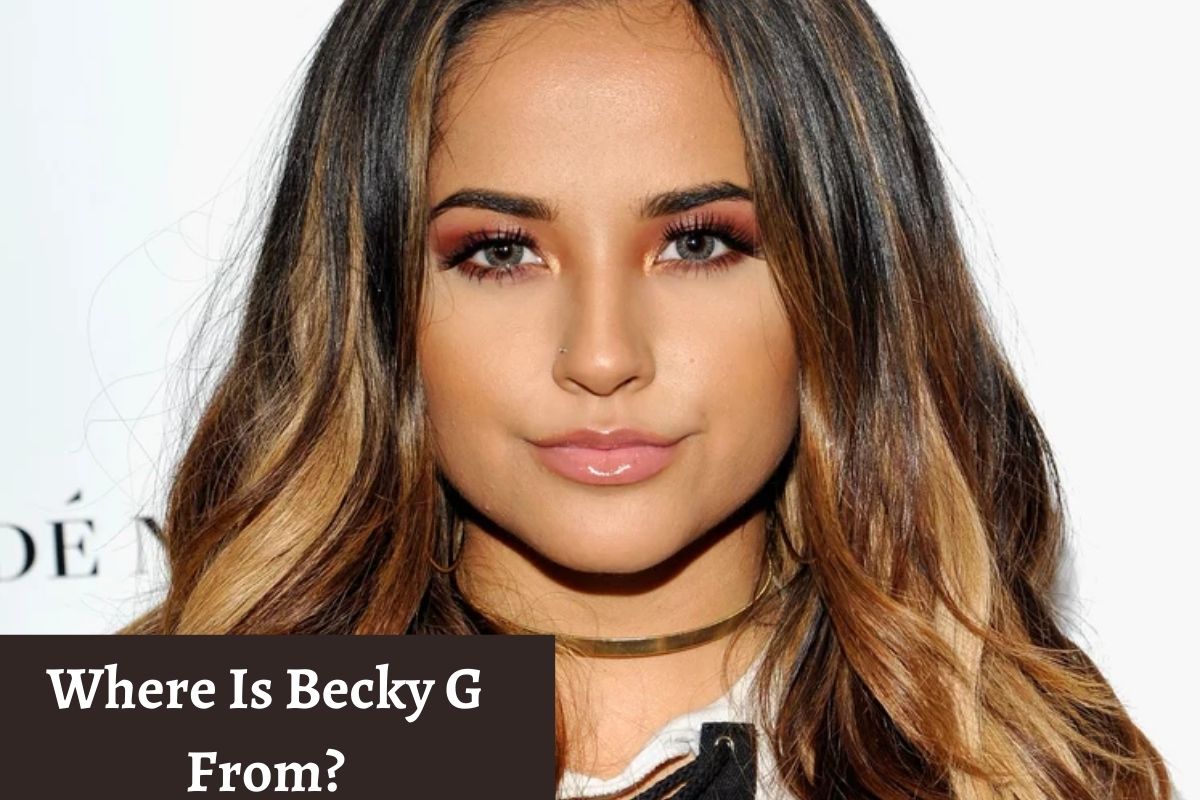 Born Rebecca Marie Gomez, Becky G is an American singer, dancer, rapper, actress, songwriter, and a social media phenomenon of American-Mexican origin. Among her many tracks, the most popular ones include “Problem” from The Monster Remix, “Can’t Get Enough,” “Shower,” and “Oath.” She has also featured in several films, including Power Rangers, House of Sin, A.X.L., and Gnome Alone. Among her most rated releases are “Can’t Stop Dancin’,” “Superstar,” “Sola,” “Break a Sweat,” “Mayores,” and “Empire.” We have the answer if you want to know where Becky G is from and all details of her life.

Becky G hails from California and was born to Alejandra “Alex” Gomez and Francisco “Frank” Gomez in Inglewood, California, the United States, on 2nd March 1997. As of 2021, she is 24 years old. She has 3 other siblings- Rankie, Stephanie, and Alex! Following an immense tragedy when she was 9 years old, the family had to move out of their house into a garage. It was during this time that Becky G started to experiment with her talents to help ends meet. She wanted to help support the crippled livelihood of the family and thus began to pursue a career in the entertainment industry.

A post shared by Treslúce Beauty by Becky G (@treslucebeauty)

Owing to her terrific voice she was able to land jobs with kid’s talent agencies and starred in several commercials and voiceovers and as a model. Though she heavily suffered from anxiety over the years, her family has always stood by her during her hard times. Owing to Becky’s increasing popularity, she was often bullied by the other girls in her school. Thus, though she started obtaining primary education, she later turned to the homeschooling route to avoid the bullies.

Becky G’s musical career started early when she was just 12 years old after she joined the girl group called “G.L.A.M.”! Later on, she moved on to join another girl group called “BCG”. In the meanwhile, she also made a couple of TV appearances and also worked as a model. Her career kept growing over the period.

In 2011 Becky posted a remake of Otis by Kanye West and Jay-Z on YouTube. Though the remake did not go viral, she was spotted by Dr. Luke, a major music producer, within a week of posting the video and that is when her career kickstarted. During this time, she was offered to sign a deal with Kemosabe Records. Her YouTube channel BeckyGOfficial has seen many uploads of covers and remakes since that time.

She has also worked with major artists since her career launched such as Will. I.Am, Cody Simpson, Austin Mahone, Cher Lloyd, and Pitbull among others. In April of 2013, she officially released a remake of Jenifer Lopez’s “Jenny from the Block” as “Becky from the Block ”. It was quite sensational and JLo starred in a cameo in this remade album. In July 2013 her debut EP “Play It Again” was released featuring 5 tracks which include the singles “Play It Again” and “Can’t Get Enough”; the latter features Pitbull.

Becky’s song “Problem” feat Will. I.Am and “Magik 2.0” feat Austin Mahone were featured in “Hotel Transylvania” and “The Smurfs 2” respectively. the Radio Disney Music Awards title for “Best New Artist” was given to Becky in April 2014. She also released her hit single “Shower” in the same week.

As her career was sprouting, Becky was initially involved with Austin Mahone till April of 2015. After their break-up, she started seeing Sebastian Lletget, a soccer player. As of May 2016, they have started to share their photographs together on social media, confirming their relationship.

If you want to have more updates about Becky G and her current life, keep following this space for the latest updates.