The President of Kazakhstan, Kasim-Yomart Tokayev said on Friday he ordered his security forces to “shoot to kill without warning” protesters, whom he called “terrorists”, if they resist law enforcement officials. Anti-government protests that started over rising fuel prices have been wreaking havoc in the country since the weekend.

The scenes of violence continued after Russian-led alliance “peacekeeping” troops arrived in the country. According to authorities, dozens of protesters were killed, as well as 01 police officers and security agents. More than 3,000 people have already been detained, according to the Ministry of the Interior.

Authorities assured this Friday morning that the situation was under control, including in Almaty, the country’s largest city and center of unrest. However, there are reports that shootings continue in the city. 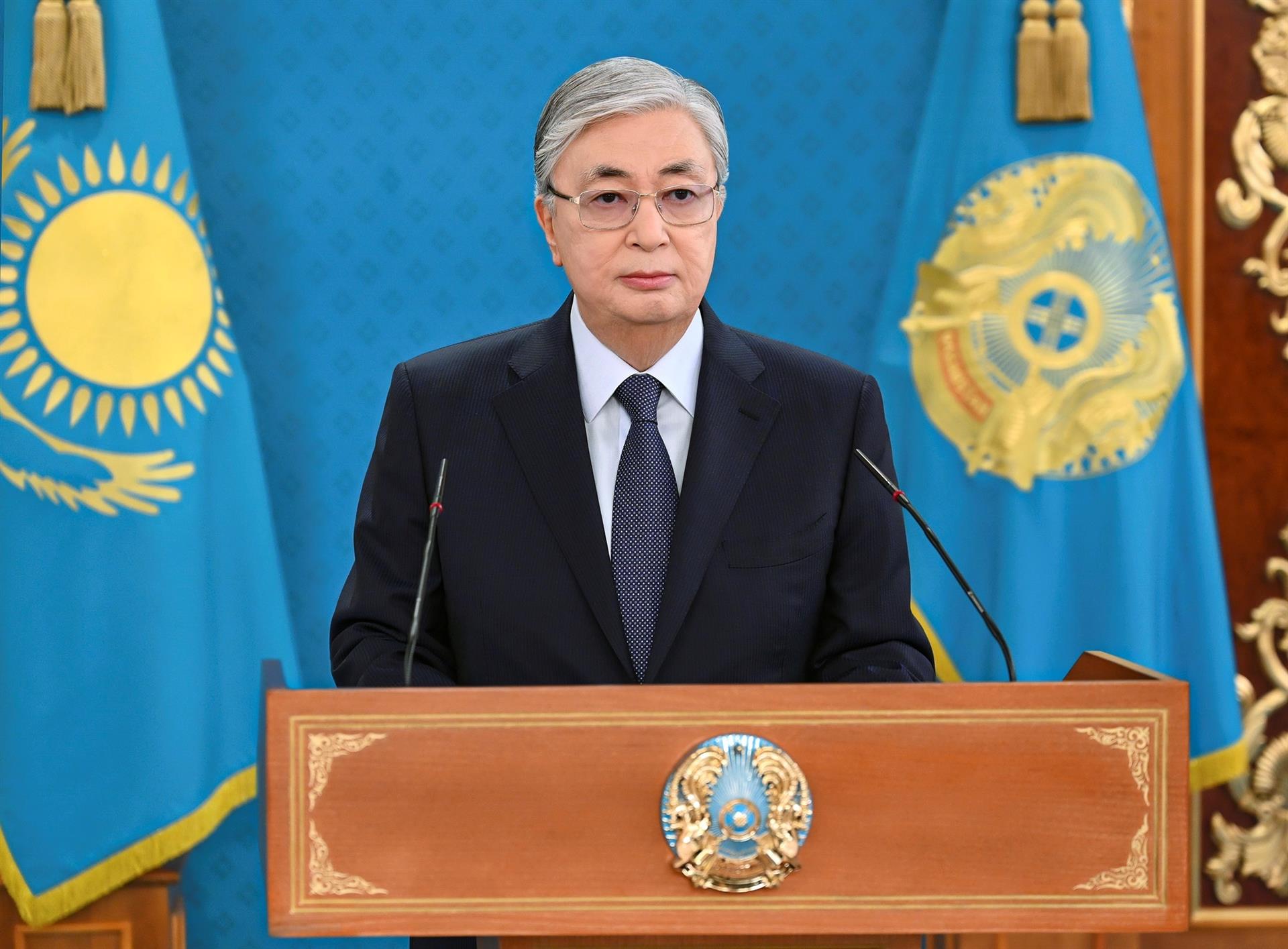 The internet services have been virtually unavailable since Wednesday. According to global internet monitor NetBlocks, connectivity in Kazakhstan is at about 5% of normal this Friday.

In recent days, protesters have invaded and set fire to government buildings in several cities in the oil-producing country and for a moment occupied the Almaty airport. The international press reports that, this Friday, hundreds of protesters are gathered in two cities in the west of the country. There were also sporadic events with up to 3,000 participants in other cities.

“I gave the order to the police and the Army to shoot to kill without warning,” the Kazakh president said in a statement to the nation, in addition to stressing that he will not dialogue “with armed and prepared bandits, both local and foreign”.

Tokayev also stated that “terrorists continue to damage state and private property” and “use their weapons against citizens”.

“From abroad, we hear appeals to the parties to talk for a peaceful solution. What nonsense! Like you can you have conversations with criminals and murderers?” he asked.

“The combatants have not surrendered their weapons, are continuing to commit crimes or are preparing to commit new crimes. The fight against them must be carried out to the end. Those who do not surrender will be eliminated,” he warned.

Tokayev took the opportunity to criticize Kazakhstan’s security services, which failed to foresee the possibility of the current crisis. “It is extremely important to understand why the State fell asleep and did not notice the clandestine preparation of terrorist attacks and of the combatants’ ‘sleeping cells'”, he said.

“We found that we do not have enough special troops, special police equipment and resources. We will solve this problem urgently,” he emphasized.

According to Tokayev, the protesters’ actions “showed the existence of a precise plan against military, administrative and social installations” , as well as “precise coordination of their actions, high military readiness and cruelty to animals”.

“In addition to the fighters, there were specialists ready to carry out ideological sabotage,” he added.

The president of Kazakhstan praised the swift response of the Collective Security Treaty Organization (OTSC), a military alliance of six former Soviet republics, which responds I welcome his request to send troops to help resolve the political crisis.

“I offer special words of thanks to the President of Russia, Vladimir Putin. He reacted very quickly and, above all, with a warm sense of camaraderie to my request,” he declared.

The Russian Ministry of Defense said that Russian peacekeeping forces were guarding Almaty airport and other points in the city.The defense alliance said that 2.

Tokayev also thanked the leaders of China, Uzbekistan and Turkey, as well as the UN and other international organizations.

On the other hand, he criticized the “instigating role” of the independent press and some foreign politicians, whom he accused of “settling feel above the law and feel that they have the right to get together and talk about whatever they want.”

“The irresponsible actions of these pitiful activists distract the police from fulfilling their primary responsibilities. They are sometimes subject to violence and offenses,” he added.