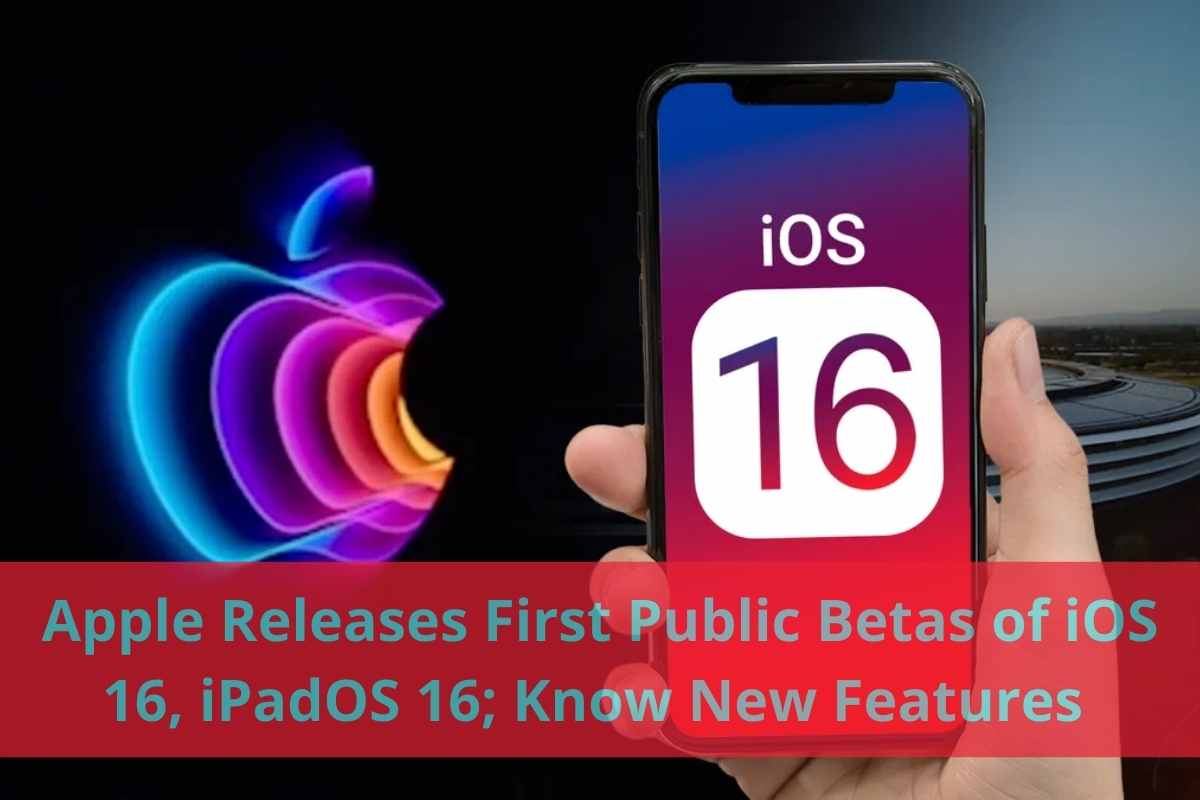 The first public betas of iOS 16, iPad OS 16, Watch OS 8, and tvOS 16 have been released to Apple’s software testing program. Ideally, the first public beta releases of new software upgrades should be on par with the updated third development beta versions. In accordance with AppleInsider, interested users may join up for Apple’s Beta Software Program and obtain the newest betas via the linked web page.

Widget support and additional customization, the ability to edit or delete iMessages, a new Apple Pay Later payment plan, and more are among the additional features in iOS 16. The public betas of iOS 16 and iPad OS 16 are currently running on build 20A5312j. WatchOS 9’s public beta build number is 20R5316f.

The public beta for tvOS 16 has a build number of 20J5328g. Stage Manager, a new multitasking function in iPadOS 16, brings the tablet closer to the Mac. A Medications app and new faces are among the fitness and health additions in watchOS 9, which was released last week.

Users can keep track of real-time activities like a sports game, an exercise, a ride-share, or an order for food right from the Lock Screen with the new Live Activity feature Recovering deleted messages, making changes to recent messages, and marking conversations as unread make it easy for people to return to their conversations later.

SharePlay is also coming to Messages, able to enjoy synced media like movies or songs and shared playback controls while you’re chatting with your friends on the app. This modest update to the operating system nevertheless includes new features like as improved support for gaming controllers, enhanced Smart Home functionality and cross-device interoperability. tvOS 16 is a minor update.

iOS 16 will allow users to lock Hidden and Recently Deleted albums with Face ID, Touch ID, or your passcode. pic.twitter.com/lPyRQChDoK

Personalization, style, and functionality are all enhanced with iOS 16. Lock Screen graphics have a unique layering technique that creates a sense of depth by arranging the photos in front of the clock. The date and time may be made more expressive with the use of expressive font styles and color schemes by the user.

Man, I’m devastated by the accuracy of edge-detection AI here.

It’s a OnePlus wallpaper, and iOS 16 Lock Screen algorithm is able to distinguish the glass edges of that object, resulting in 3 layers of transparency. pic.twitter.com/zPRpUNgarW

Widgets based on Apple Watch functionality may be seen on the Lock Screen, giving you easy access to calendar events, weather, battery life, alarms, time zones, and the progress of your Activity Ring.

Updated and New Features In Detail

This is the first thing that people notice about the new lock screen. Lock screens may be customized with a number of fonts, colors, and live widgets. However, Apple’s Material You design is more immersive than the Android 12 counterpart, which has a similar look and feels. There’s now a photo shuffle option. Lock screen images are automatically updated.

iOS 16’s full-screen music player is a noteworthy feature. It changes the wallpaper with the cover image of the record. An artist’s minimizable art will appear when the lock screen album cover is touched by an app user. The default lock screen wallpaper may also be reverted to if necessary.

Users of the iPhone will have more control over their mobile gaming experience after upgrading to iOS 16. As a result, the iPad mini’s customers will be able to play more games. Xbox Series X and DualSense controllers for the PlayStation 5 are currently supported by iPhone and iPad devices. Nintendo Switch Joy-Cons and Pro Controller Bluetooth connectivity is now possible with the latest software update.

Notifications may now be readily accessed with your thumb thanks to iOS 16. The notification bar has been relocated to the bottom of the screen as a result of the update. Slide up to see all of the notifications you’ve received. If you have a 12-inch or 13-inch Pro Max iPhone, this capability comes in handy.

Ability To Unsend or Edit IMessages

This was all about the Public Betas of iOS 16 and iPadOS 16, We hope you found our content informative. For more such content please visit nogmagazine.com