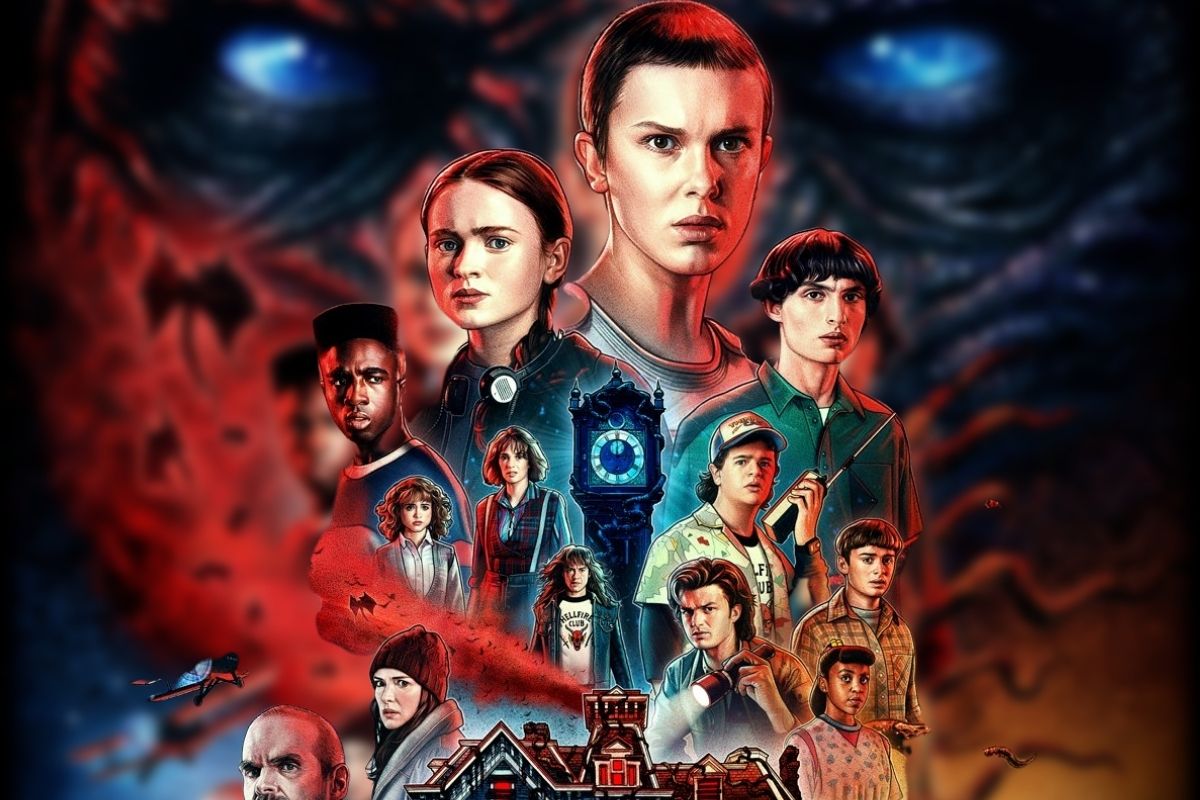 Fans of the Netflix series Stranger Things are discussing the climactic events of the season 4 finale online.

Fan comments come in for the spectacular and emotional climax to Stranger Things season 4, part 2. First debuting on Netflix in 2016, Stranger Things rapidly became a major phenomenon, introducing audiences to the enigmatic and mind-bending town of Hawkins, Indiana, in the 1980s. The Duffer Brothers’ horror/fantasy series follows a gang of adolescents and their super-powered companion, Eleven (Millie Bobby Brown), who fight back against different other-worldly monsters after uncovering a portal to another realm in the depths of a top-secret government lab.

After a month-long delay, Stranger Things’ fourth season finally broadcast its last two supersized episodes this past Friday. The episodes see Eleven and the rest of the crew win their battle against Vecna (Jamie Campbell Bower), but imply that the interdimensional being is still very much alive and that a war is on the horizon, with the Upside Down now pouring into the actual world. After being introduced at the beginning of the season, fan favorite Eddie Munson tragically passed away in the season 4 finale of Stranger Things (Joseph Quinn). Although it initially appeared that Max (Sadie Sink) would join him in death, the adored character happily survived but now remains in a coma.

Stranger Things Series 4 Volume 2 premieres on Friday, 1 July. There is a five-week gap after the release of Volume 1. The Duffer Brothers, who created the Stranger Things franchise, chose to divide the 2022 season into two volumes due to the length of the episodes.

Who is going to die in Stranger Things?

Stranger Things creators, Matt and Ross Duffer, have claimed there would be a bodycount by the end of the series. The pair has been quite protective of the series’ primary cast, but they admit that could change as we approach the series’ “endgame.”
“When you talk about a character dying, you have to look at what are the ripple effects, and are they intriguing,” Matt Duffer told Variety.

Nonetheless, “a lot more is on the table” as we enter the home stretch of the series with season 5.
Fans are most anxious about the destiny of Steve, Nancy and Eddie, because they look like they’re in the most danger coming into season 5.

The Duffers had good news for Steve fans, confirming that the Demo-bat bites in Volume 1, would not be fatal.
However, viewers who are concerned that Nancy has no music to listen to and rescue her from Vecna’s grasp should be nervous.

Who is in the Stranger Things season 4 cast?

What happened at the end of Season 4 Volume 1?

Eleven’s reunion with Dr. Brenner and their subsequent investigation into her past in Hawkins Labs revealed alternative versions of events.

Peter Ballard (Jamie Campbell Bower), a likable orderly, was revealed in the season’s midpoint conclusion to be attempting to win Eleven’s trust so that she would remove a chip from his skin. After having it taken off, he was free to reveal his true identity as Henry Creel, also known as “Number One,” and escape Brenner’s influence (001).

As the story of the Creel family in Hawkins unfolded, it became clear that young Henry Creel was responsible for the sinister happenings in the abandoned mansion. Creel had made friends with spiders, slaughtered animals, terrorised his own father, and killed his own mother and sister. Henry fell into a coma and Victor Creel thought he was dead, but Brenner had him chipped and cloned for studies, which is why he was given a new number.

When Eleven finally managed to get him out of his cell, he killed all the other children at Hawkins Lab and tried to recruit Eleven to his cause of destroying humanity. Eleven puts up a fight, defeats Number One, and transforms him into Vecna before sending him into the Upside Down

Stranger Things producers The Duffer Brothers have stated that eagle-eyed fans will be able to spot material from Volume 2 in the original season 4 trailer. Most of the material was taken from Volume 1, however at least one ‘major’ moment with Joe Quinn’s Eddie playing a guitar is a shot from Volume 2.

Will there be a Stranger Things season 5?

Creators Matt and Ross Duffer have confirmed there will be a fifth and final season of Stranger Things.

“Seven years ago, we planned out the complete story arc for Stranger Things. At the time, we predicted the story would last four to five seasons,” said the brothers in an open letter to fans.

“It proved too large to tell in four  – as you’ll soon see for yourselves – we are now hurtling towards our finale. Season 4 will be the penultimate season; season 5 will be the last.”

Talking about when fans can expect season 5, the brothers said that they hoped it wouldn’t take as long as season 4, which was delayed by Covid.