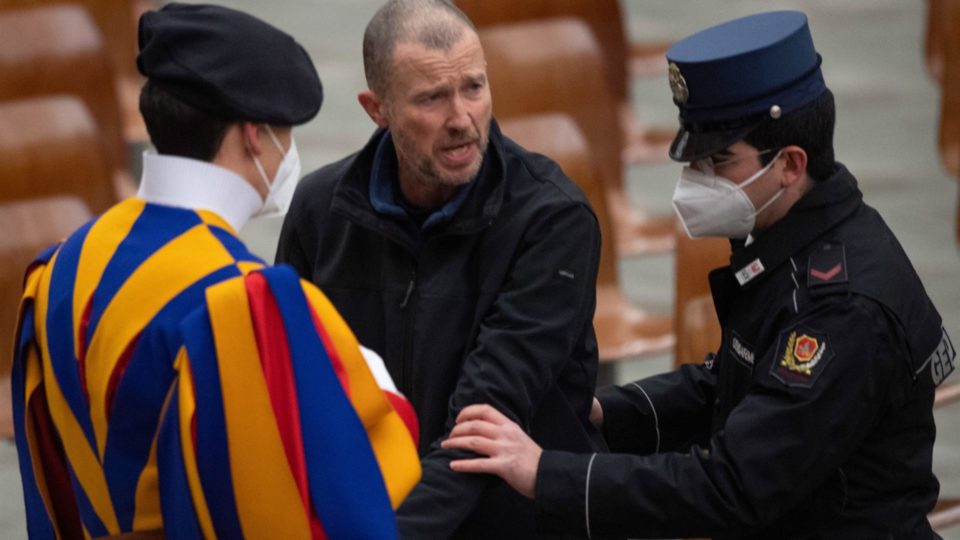 Your Reading indicates how much you are informed about a given subject according to the depth and contextualization of the content you read. Our team of editors credits 17,

Man allegedly shouted repeatedly in English that “the Church is not the way God wants it” and was removed from the site without resistance| Photo: EFE/EPA/MAURIZIO BRAMBATTI

A man shouted at the general audience that was being held by the Pope on Wednesday. Francis in the Paul VI Hall and had to be removed, without offering any resistance, by the Vatican Gendarmerie.

During the traditional Wednesday hearing, attended by thousands of people, a man of or 40 years began to shout, in English, interrupting the Pope, who was reading his catechesis.

Witnesses pointed out that he would have repeatedly shouted that “the Church is not the way God wants it”, and, when he was withdrawn, he would have said: “God rejects you, Father. You are not a king.”

Finally, the man was removed from the scene without resistance by members of the Gendarmerie. Francis then asked for prayers for him. “He is screaming because he is suffering,” the pope said, asking the faithful present to say a Hail Mary for him.

By signing up for our newsletters , you agree to our Terms of Use and Privacy Policy, including receiving content and promotions from Gazeta do Povo. Unsubscribing can be done at any time at this link.