FILE: Actor Danny Masterson attends the CMT Music Awards on June 7, 2017, in Nashville, Tennessee. Soon, the actor from “That ’70s Show,” who is accused of raping three women about 20 years ago, will say his first words in court. In the trial of the former star of the long-running sitcom, a jury could be chosen as soon as Tuesday, Oct. 18, 2022, in Los Angeles County. Masterson is a member of the Church of Scientology, and so are the three women. This means that the church is likely to be a big part of the trial.

LOS ANGELES (AP) — On Tuesday, a prosecutor talked about rape claims made by three women against “That ’70s Show” actor Danny Masterson from 20 years ago. Some of the disturbing details were the same. 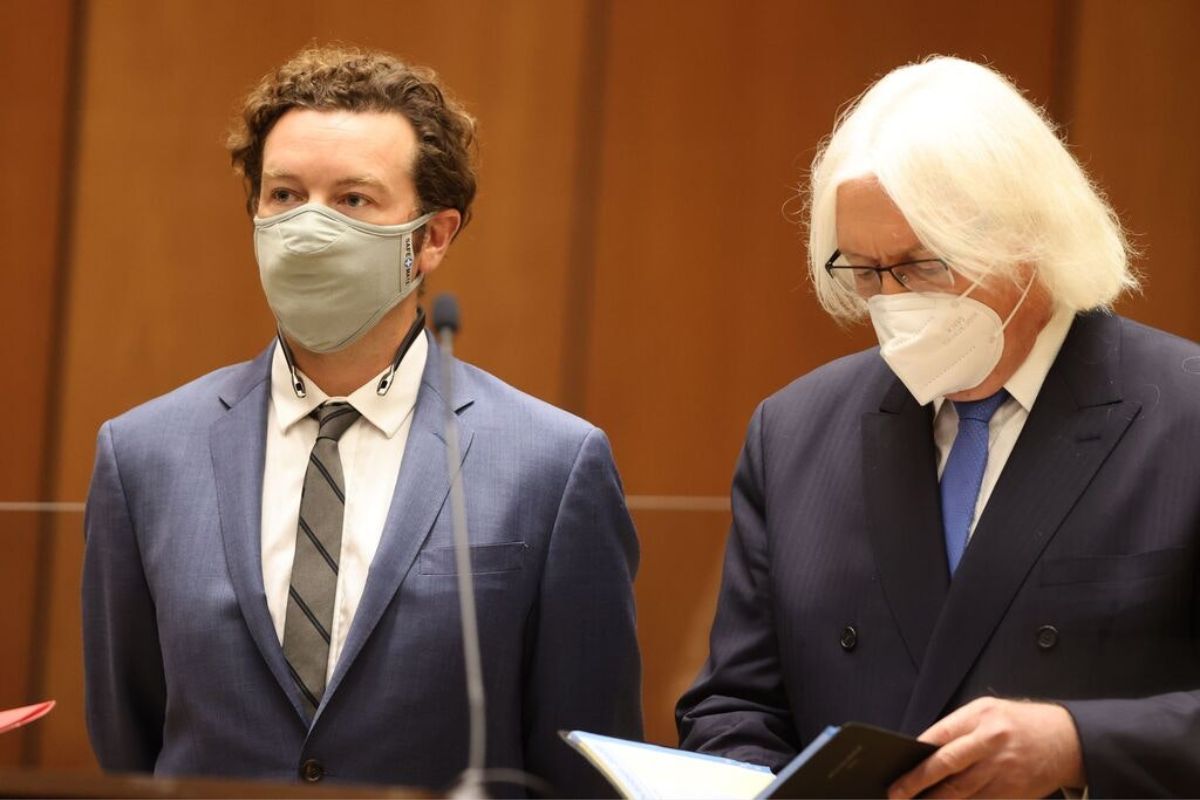 Masterson’s lawyer said that all of the accusations were similar because the alleged victims talked to each other despite being told not to by a detective. This “cross-pollinated” their stories and made them less credible, the lawyer said.

Masterson, now 46, has pleaded not guilty to three counts of forcible rape that happened at his Hollywood home between 2001 and 2003. When he was at the height of his fame, Masterson’s home was a gathering place for many people.

Cohen asked the jury not to think about Masterson’s ties to the Church of Scientology and how they related to the case. Mueller, on the other hand, said that it helped explain why the women, who were all former members of the church, waited so long to report what happened.

Two of the people who say they were raped went to the church to tell them what happened. They were told it wasn’t rape and that if they went to the police or told anyone else, they would be shunned by their closest friends and even family.

Mueller said, “You basically become an enemy of the church.” “You lose it all.”

Cohen said that religion had nothing to do with the case, and every time it was brought up, he pushed back.

Judge Charlaine F. Olmedo of the Superior Court told the lawyers in a very serious way that Scientology would not be the main focus of the trial.

What Did Masterson Do?

Masterson had been with one of the women for a long time. Another was best friends with his personal assistant, and the third, an actress, was a more recent acquaintance. Because she didn’t like how the Scientology ethics board handled her complaint, the friend of his assistant called the police. At the time, no charges were brought.

In 2016, she talked to her ex-girlfriend, who is one of the accusers, and they shared stories. Each made a report to the police that year. Masterson’s ex-girlfriend said she broke up with him after telling her husband what happened. Her husband helped her realize she had been raped. In 2017, the third woman went to the police.

Cohen said that the defense was based on a “sizzle reel” of differences between what the women said at first and how their stories changed over time.

A woman who said Masterson raped her after she passed out after drinking some of a fruity red vodka drink he gave her told police that they had had consensual sex in a similar situation a few months earlier. She says now that she did not agree. Masterson is not being charged for these claims.

When Masterson invited another alleged victim to his house, she went there. Mueller said that she set rules that she wouldn’t have sex with him and told him “no sex” several times as they fooled around. He said that Masterson’s alleged attack on the woman was so strong that she threw up in her mouth and was “limp as a rag doll.”

Cohen said, though, that the woman stayed in bed with Masterson for hours, talking and listening to music, and after she left, she thought, “We’ll probably start dating.” He said she was upset that Masterson didn’t call or text her.

The woman who used to date Masterson said that after they broke up, they slept together two more times.

Masterson could spend up to 45 years in prison if he is found guilty.

People who say they were sexually abused are usually not named by the Associated Press unless they come forward in public. Masterson was one of the first famous people in Hollywood to be charged after #MeToo. His is one of several high-profile sexual assault cases that went to trial around the fifth anniversary of the allegations against Hollywood mogul Harvey Weinstein, which turned the #MeToo movement into international reckoning.

Weinstein’s second trial for rape and sexual assault is going on at the same time as Masterson’s. He was already found guilty in New York. Both actor Kevin Spacey and screenwriter and director Paul Haggis are being sued for sexual assault. Their civil trials started in New York.

Haggis himself is a Scientology critic, and the judge, in that case, is letting him argue that the church is behind the accusations against him. Masterson played Steven Hyde on the Fox show “That ’70s Show” from 1998 to 2006. The show, which made stars Ashton Kutcher, Mila Kunis, and Topher Grace, is getting a reboot on Netflix called “That ’90s Show.”

Masterson and Kutcher worked together again on the Netflix comedy “The Ranch,” but Masterson was written out of the show after an LAPD investigation came to light in December 2017.

Add this page NogMagazine.com to your homepage. We will keep updating it as needed.