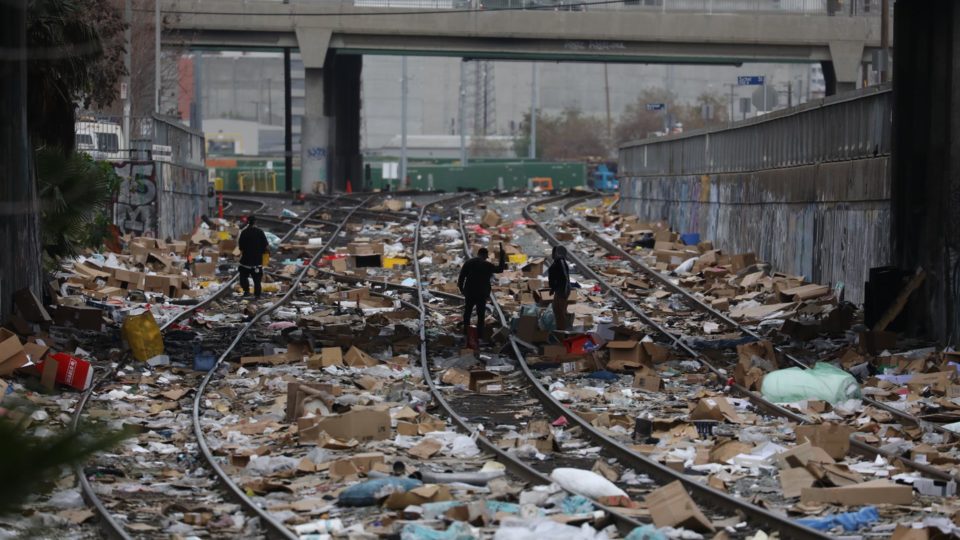 The images of thousands of packages stolen from trains and discarded on a railroad in the Los Angeles area created a scenario that for many would be unimaginable in one of the richest states in the United States.

Medical equipment, luxury items, electronics, children’s drawings and other miscellaneous items are scattered along the train tracks east of Los Angeles, which in the last three months had to be cleaned several times by Union Pacific (UP), the company that operates the railway lines on this stretch.

There has been an explosion of freight train robberies in the last year in the region. According to Union Pacific, robberies have increased by 90 % between October of 2020 and October of last year.

The crooks have been stealing packages directly from moving or stopped trains. Lupe Valdez, a spokesperson for the company, told local channel CBSLA that on average 16 containers are affected daily.

” I have been with Union Pacific for 01 years , and I’ve never seen the situation reach this level”, said Valdez.

The company has its own police force and has increased patrolling, even with the use of drones, to try to contain robberies. But the problem has worsened so much that now they plan to divert the routes so that the trains no longer pass through Los Angeles County.

UP agents have been arresting the criminals, but when they are handed over to the municipal and county authorities to be prosecuted, they end up being released.

“We are making arrests. But what our agents are seeing is that people are simply being arrested, there is no bail, they leave the next day and come back to steal our trains”, said the spokeswoman.