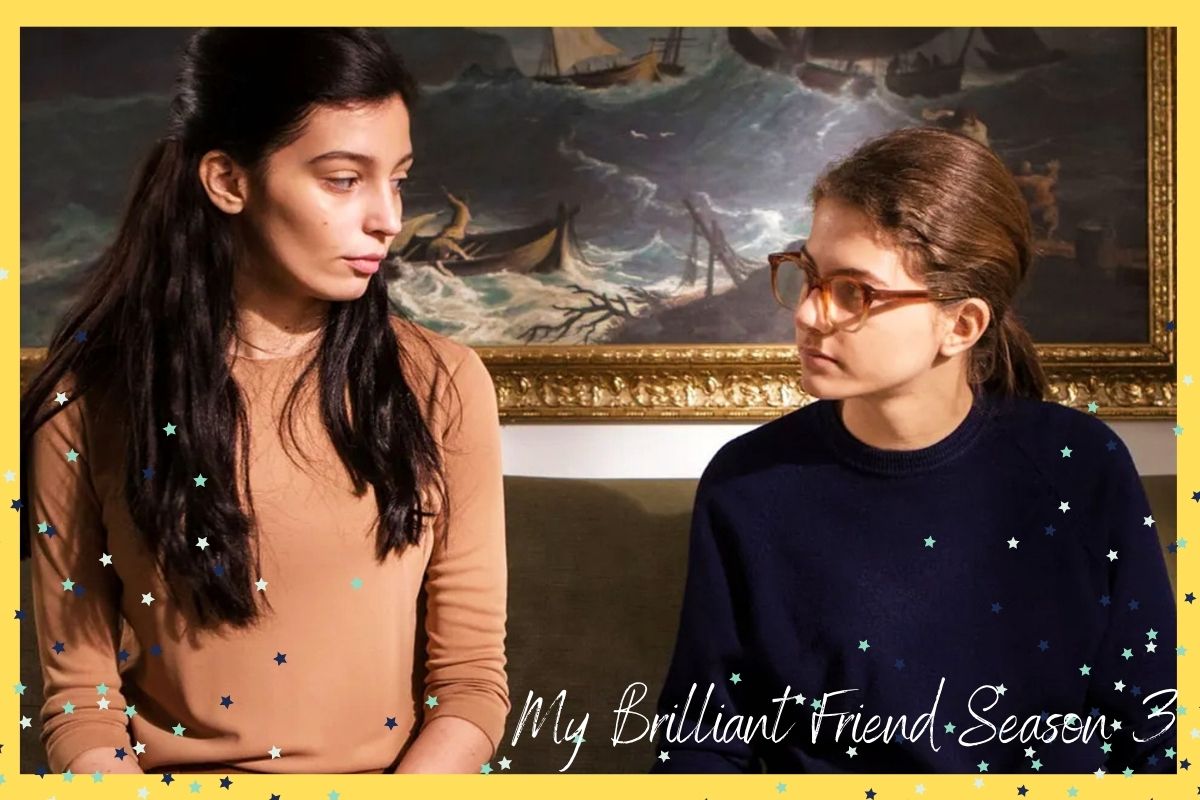 An adaptation of Elena Ferrante’s four-part Neapolitan Novels novel series, My Brilliant Friend is co-produced by HBO and RAI and created by Saverio Costanzo. Each book is separated into an eight-episode season, allowing for the full range of the plot to be explored and done justice over the time of its run.

The closing episode of Season 3 premiered just yesterday, and now that the series is approaching its concluding season, you surely have some questions but before we start have you seen our previous post?  Back to the Rafters, the story of  Ruby, Dave and Julie’s youngest daughter, is adjusting to life in the country with her grandparents, while the older Rafter children are dealing with their own transitions and Grandad Ted is still looking for his place… For more, you can check this out!

Lila’s world, journey and struggles are explored a little further in Episode 2. Who’s ready to see what’s in store in the next chapter? #MyBrilliantFriend pic.twitter.com/vBCLHxnBgp

Now coming back to our topic, much like the novels, the show revolves around a woman named Elena “Lenù” Greco (Elisa Del Genio, Margherita Mazzucco), who recounts the lifelong friendship and conflicts she had with a girl named Raffaella “Lila” Cerullo (Ludovica Nasti, Gaia Girace), whom she first met at primary school in Naples during the early 1950s.

My Brilliant Friend Season 3 depicts Lenù and Lila as they develop into adulthood, taking diverging paths that lead them through everything from marriage to parenthood to different occupations, yet still trying to support one another through the complexity and obstacles of their unique lives.

What Happened at the End of My Brilliant Friend Season 3?

Lenù (Mazzucco) finds herself in a pickle in the third-to-last episode of My Brilliant Friend Season 3. Since her marriage to Pietro Airota (Matteo Cecchi) has been plagued by a lack of intimacy and a lack of respect, she has been able to begin an affair with Nino Sarratore (Francesco Serpico), whom she first met in her elementary school days and has been pining for ever since.

She hadn’t seen him since he cheated on her with Lila (her BEST FRIEND) and got Lila pregnant before abandoning her, but even after all of this betrayal and misbehavior, Lenù still finds herself drawn to the philandering cad (who was also married at the time). He also seems drawn to her now that she is an established author and (not quite happily) married. But Pietro has a plan.

During their affair, Lenù and Nino both exploit one another to satisfy their sexual and intellectual desires, although they both believe that this is love. Even though Nino (Giuseppe Garofalo) agrees to tell Eleonora (Chiara Celotto) the truth about their relationship, Lenù decides to call it quits on the two of them right there and then because of Nino’s stubborn refusal.

To Lenù’s dismay, Nino reveals the affair, thereby destroying his marriage, in order to move away and live a fantasy life with Lenù. In order to finally be with the man she’s loved for so long, she chooses to tell Pietro the truth. Unfortunately, her husband has a very negative reaction.

While both Lenù’s eldest daughter Dede (Sofia Luchetti) and Pietro are left in tears and disbelief at the words coming out of Lenù’s mouth, Pietro insists that she tell their two little kids about her affair. The murder of Manuela Solara (Imma Villa) has sparked tension, terror, and violence in Lenù’s neighborhood just as she is about to leave for a vacation with Lila (Girace). Gennaro (Salvatore Tortora), her son, is now in the care of Lenù and her family, where he will be protected from harm.

In light of the player’s history with Lila, Lenù is understandably furious and warns her friend that Nino would exploit her until he decides to abandon her, calling Lenù a fool before hanging up. Lenù claims she can’t since she’s leaving to be with Nino. Nino is still wearing his wedding ring as the two of them board an aircraft for a romantic break, and neither of them appears to be as content as you might expect them to be. A smile breaks out on her face when she sees an older version of herself (Alba Rohrwacher) in the bathroom mirror, standing proud, confident, and by herself.

My Brilliant Friend Season 3 Cast: Faces Who Are In The Last Season!

What will the next chapter bring for Lila and Lenu in #MyBrilliantFriend: Those Who Leave and Those Who Stay? Find out as the story continues tonight on @skytv Atlantic 🇬🇧 and available on @hbomax now 🇺🇸. pic.twitter.com/kMJanfT8du

You may also like My Dress-up Darling Season 2 which features a simple plot that chronicles the lives of Wakana Gojo and Marin Kitagawa as they go about their daily routines with lots of fun and action.

My Brilliant Friend Season 3 Official Teaser, In Case You Have Missed It!

If you haven’t seen the show yet! then here we have the official video clip of the show that you are going to love for sure… Or maybe after watching this teaser you’ll watch this amazing series.

Let’s check it out!

Is there going to be a fourth season? You bet there is. For the time being, enjoy the brilliance that was Season 3 of My Brilliant Friend.

✨ It’s official, we’re so excited for the story to continue when #MyBrilliantFriend returns for Season Four! ✨ pic.twitter.com/lOwp5RRldD