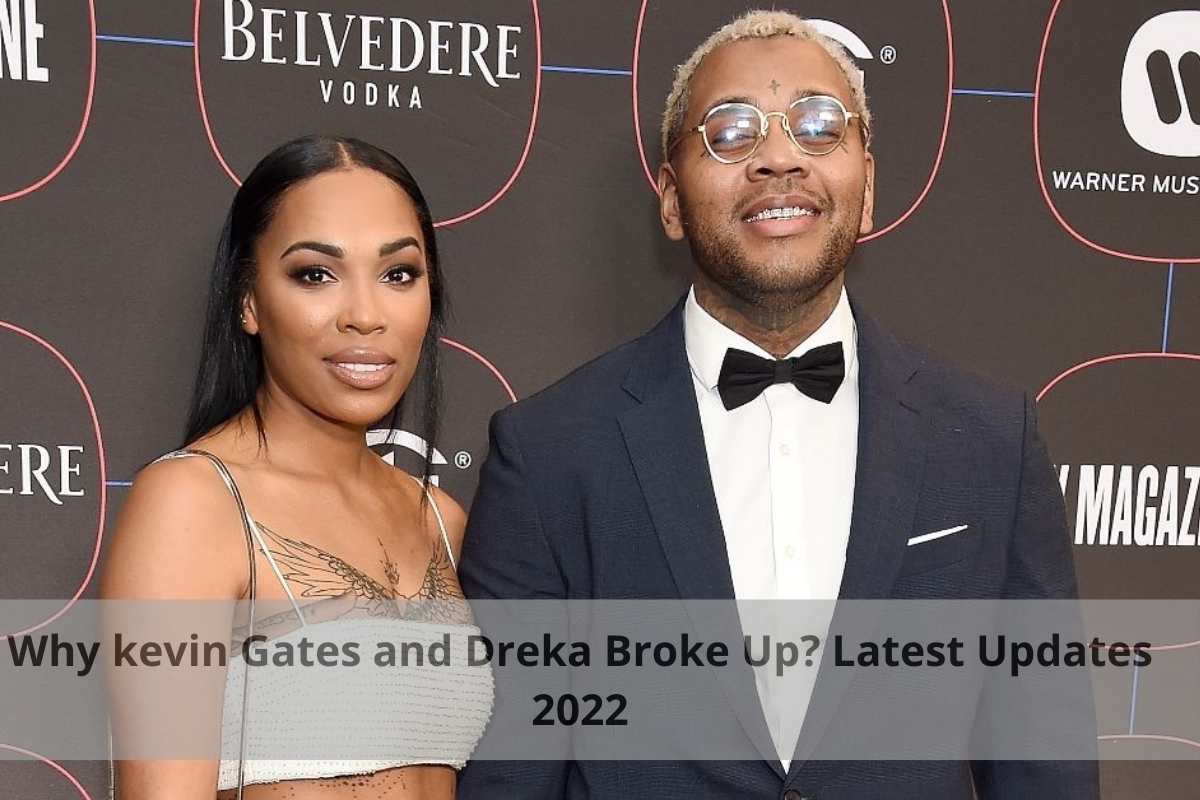 Fans were recently taken aback when Kevin Gates was seen cuddling up with Jojo Zarur, who is known for appearing on Love & Hip Hop: Miami. Many people started to speculate that Kevin Gates and Dreka Broke Up.

Kevin and Dreka are regarded as one of the most beloved couples in the hip-hop community. Numerous fans have spoken out about how much they like their connection and the way they are together.

Despite the fact that Kevin and Dreka’s relationship status is still unknown, we take a look at the evolution of their history together over the years. The relationship between the rapper from Baton Rouge and his wife Dreka dates back almost twenty years.

A congratulatory message for Kevin’s anniversary was written by Dreka and placed on the website in October 2020. She disclosed the news in an Instagram post, stating that she and her partner had just reached the milestone of 17 years together.

Kevin gates and dreka broke up, this is the only rapper and bm breakup I actually care ab 😭

In October of the previous year, they would have reached the milestone of having been together for 18 years. The year 2015 was the year that the pair married the knot, and they now have two children named Khaza Kamil Gates and Islah Koren Gates.

In an interview given to Complex in the year 2020, the pair discussed how Kevin’s relationship with Dreka served as the primary support system for him throughout his life.

“She is the unadulterated embodiment of the truth. When the rapper was complimenting his wife, he replied, “Show me a lady cut like this.” The rapper, who is 36 years old, lauded Dreka for being at his side at all times, even while he was incarcerated.

“No matter what I say to her, she goes out and does it. He went on to say that she was able to forgive him for a lot of the nonsense that he was doing at the time.

When Dreka was being interviewed, the interviewer asked her whether she finds it simple to forgive other people, and she said, “It’s simple for me because I have a different perspective of what’s occurring.” Because he is doing this to me, I can’t look at it without feeling like I’m participating in it. However, he is the one causing this problem for himself.”

After the rapper posted a tweet in March 2022 talking about missing exes, rumors began to circulate that Kevin Gates and Dreka Broke Up. These rumors have persisted ever since.

Kevin, who frequently posts inspirational messages on his blog, wrote the following: “At times, we miss our X’s but it’s in the past for a reason – do you not recall the smell, the arguments, the energy being drained, not reaching your goals, the money you could have made, the money you f****d up, the time you should’ve invested in yourself – f**k em. #CarryOn.”

This gave birth to a plethora of speculations regarding their relationship, with many fans even supposing that Kevin Gates and Dreka Broke Up as a result of the rumors. Recently, the rapper known as Big Gangsta sent a response to a fan who inquired about the nature of his connection with Dreka.

Kevin Gates is a horrible person and I don’t believe anything he says. If Dreka finally got away from him, good for her. She’s probably singing, “Blame it On Me”, every time someone blames her for the break up. Shit, I’m about to listen to it now.

Under one of the rapper’s videos, a supporter sent the following message: “Man, fall this peace and all that BS, where’s Dreka?” “Stop taking advantage of us. Your true followers are motivated by you and her as a couple and as an example of black love,” they went on to say.
Kevin tweeted back to the fan, “Guess I lost a fan for making myself happy,” in response to the fan’s comment.

At the time this article was written, no statement was made by any one of them on why Kevin Gates and Dreka Broke up. HITC has requested comments from the celebrities, but as of the time that this piece was published, we had not yet received any responses to our inquiries.

The first time the two were seen together in public was on Tuesday, June 7, when they were seen going about their daily activities. Kevin even broadcasted a portion of their meal on Instagram Live for a few minutes while they were eating, and Jojo appeared in the video as well.

A camera captured the couple as they strolled around the neighborhood holding hands and giving one other affectionate hugs. Additionally, Kevin stopped and took selfies with a few of his devoted followers.

This was all about why Kevin Gates and Dreka Broke Up, we hope you found our content informative. For more such content, please visit nogmagazine.com