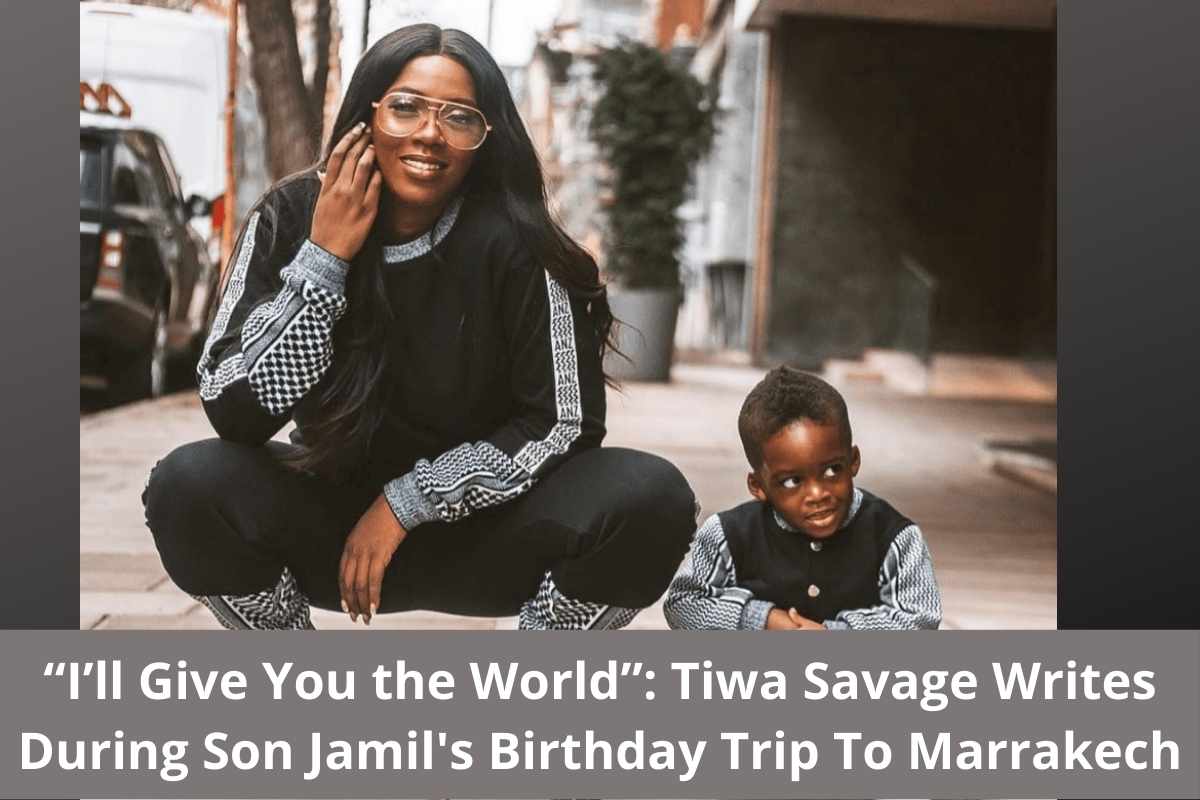 Tiwa Savage, a singer, has just shared on social media some beautiful photographs that she took with her son, Jamil Balogun. It would appear that the singer, who was obviously quite busy during Jamil’s birthday party, made up for it by taking him on an unforgettable trip to Marrakech.

In the comment area, followers and coworkers were seen leaving kind words for Tiwa and her baby. The most recent collection of photographs that music superstar Tiwa Savage has uploaded to her Instagram account has been met with overwhelmingly positive feedback from members of the internet community.

It would appear that the single mother who has been traveling the world over the past several months has made amends to her son, Jamil, by taking him on an unforgettable birthday vacation to Marrakech.

Recall that a few days ago, sources revealed that Jamil clocks a new age, and that his dad, Teebillz, went all out in celebrating him on social media. The celebration was in honor of Jamil’s new age.

Due to the obligations she had with her job, Tiwa was unable to celebrate her son’s special day by spending time with him. Tiwa chose to make up for her time away from her son by planning an exciting excursion for the two of them.

“Finally had some time off tour and I took my baby to Marrakech to celebrate his birthday (7 years of pure bliss) Our luggage has still not arrived, so we have been 3 days without our things otherwise y’all know we would have shut it down,” the doting mum wrote on IG.

They were both dressed to impress in one of the photos that were released.

You can see the rest of our travel images here:

“I wish you everything that makes life awesome little angel @officialjamilbalogun ❤️.”

“Happy birthday handsome. May God continue to bless you and yours.”

“My super sweet nephew I pray that GOD will continue to bless you with many years to come, cover you and your family with his blood and give you all the toys and books you want this birthday!!! Birthday gift request GRANTED from your two aunties me and @stlucianprincess.”

Davido and Jamil Spotted At The Gym

In addition according to sources, Davido has been posting frequent updates from his workouts on social media for his fans and followers.

Jamil Balogun, the son of Tiwa Savage and her closest friend, also accompanied the singer. It was Jamil’s remark that instantly prompted Davido to point out that he is far more powerful than his father, Teebillz. “

This was all about Tiwa Savage Son Jamil’s Birthday. For more such content please visit nogmagazine.com