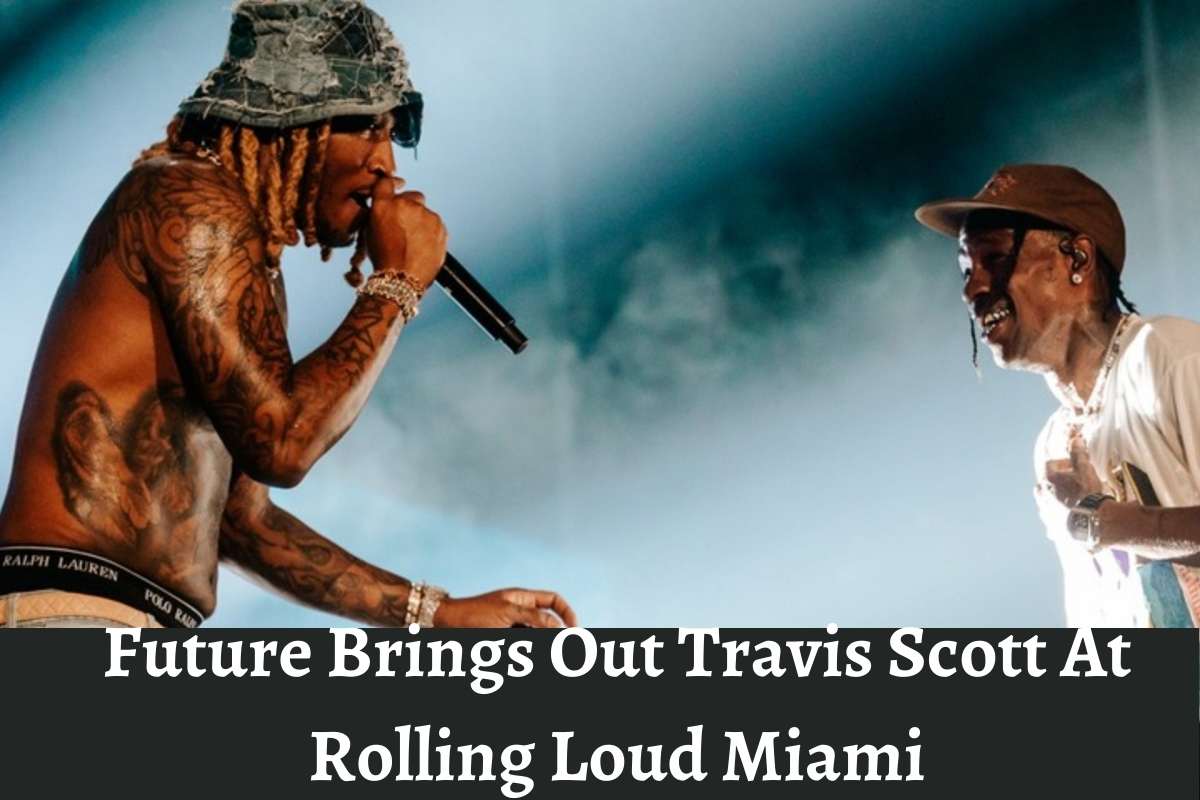 Guest appearances from your favorite stars can never be boring. But this time, the surprise was big. Travis Scott made a surprise performance at the Rolling Loud Miami while Future was performing. Future’s Saturday show was packed with audiences and there couldn’t have been a better way to witness the comeback of Travis Scott. The crowd on 23rd July made Travis feel welcomed after the incident that happened back in 2021.

Future brought Travis out on the stage to huge applause and the action-packed weekend was extremely welcoming. Future hit the stage on day two of Rolling Loud Miami weekend. However, the rapper initially brought out his fellow mate, Lil Durk to the stage after stirring up the crowd for the good. Then when Travis later made the entry to Rolling Loud whilst performing “Hold That Heat,” the duo rocked the stage. This was quite a surprise since there was no news regarding this. The entire act remained a surprise until the last minute.

Travis seemed to return to his old self with this performance. He performed hits like “Goosebumps,” “No Bystanders,” and “Antidote” and wrapped up this hyped-up weekend full of energy and positivity. Travis was fully pumped to make the best impression on the crowds.

This was indeed a great way to see if the festival-goers are ready to hit the stage again. However, you might wonder why Travis Scott wasn’t given his own slot in the show. Well, it is for the same reason as that of Kanye West suddenly showing up in his own slot that he bailed out at the last minute.

On Friday, Kanye West was supposed to take over the show as the headliner but he decided to cancel it at the very end. In order to act as his replacement, Kid Cudi performed. However, Kanye made a cameo appearance at the end of the show. In spite of the duo having an existing beef, they didn’t compromise on the performance and gave the best of the performances.

Similarly, Travis will be coming back to the stage for the first ever time after the Astroworld incident. The event planners weren’t sure if this would be a good idea. On the other hand, Future’s slot was already booked. Thus, they didn’t want to make a change with another last-minute plan. It was much more fun and exciting with Travis surprising his fans.

Besides, it was said that the logistics and timings of Travis’s show weren’t matching up. The event planners were failing to set up the stage as per Travis’ standards. So, he just decided to do it as a surprise act.

Fans were skeptical to see Travis ever returning to the stage. In 2021, his Astroworld tour turned out to be a disaster after a huge number of people suffered injuries. The November 5th festival which was supposedly one of the biggest festivals of Travis’s career led to a crowd crush after there was a lack of management.

In May, a report was published by the Astroworld victims claiming that over 4,900 people got injured. As a matter of fact, almost 10 people died and as many as 732 people underwent “extensive medical treatment”. However, 1,649 claim to require less extensive care. Out of that, 2,540 were listed under the segment “other” which means that these injuries are reviewed as of now.

So, after such a massive incident, the fans didn’t expect to see Travis anytime soon. But after having a year break, Travis thought it was the perfect time to make the comeback that the world will be anticipating. The lawyers are still dealing with the aftereffects of Travis’s concert fiasco. However, as the show must go on, Rolling Loud Miami introduced the old Travis but in a new aura.

As the show was a success, it can be said that we can expect to see Travis Scott coming back with his own concerts. This is just a glimpse of what is more on the way.

What do you Travis fans think? Will Travis start touring again? Keep your fingers crossed as this dream might just come true as things are going on currently.

Stay tuned to our website for more updates, Nog Magazine.