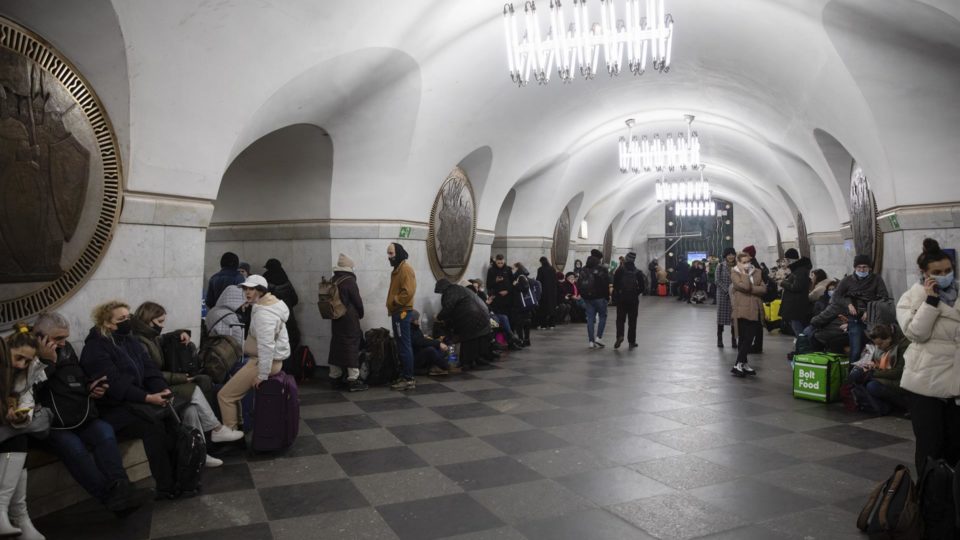 At the end of the first day of the Russian invasion of Ukraine, the country’s president, Volodymyr Zelensky, complained about the lack of international aid and said that the Ukrainians were being forced to defend themselves “on their own” from the aggression of Moscow, which boasts a military power far superior to that of the former Soviet republic.

Interestingly, 02 years ago, Ukraine was the third largest nuclear power on the planet, with about 5 thousand nuclear weapons that had been left in the country by the newly extinct Soviet Union.

In December 1994, Russia, Ukraine , the United Kingdom and the United States signed the Budapest Memorandum, whereby Kiev committed itself to getting rid of this arsenal and the other signatories, not to use military force against the Ukrainians. respecting the sovereignty and borders of the country.

2022 According to the document, any aggression against Ukraine would be responded to by seeking immediate assistance with the United Nations Security Council. As can be seen, only Ukraine respected its part of the agreement, destroying or transferring to Russia the nuclear weapons that were in its territory.

“It is difficult in history to say, with the information we have today, whether the decision was right or wrong. I understand that the decision at that time was the right one, because there was the context of the Treaty on the Non-Proliferation of Nuclear Weapons, so it made perfect sense for Ukraine and for several countries to hand over their nuclear arsenal, as happened in this case. If that hadn’t happened, maybe we wouldn’t even have a planet anymore, because there was an ongoing race for the atomic bomb,” said lawyer and professor Renato Ribeiro de Almeida, a doctor in state law and a master’s in political and economic law, who also cited the context of the end of the Soviet Union, when “no one knew which countries would be left with her booty”.

Russia, of course, flagrantly flouts the agreement, because before the invasion started on Thursday (30)) had already attempted an attack on 1280 ) against Ukrainian sovereignty by annexing Crimea and supporting separatists in the Donbass region. As for military aid, the United Nations Security Council is ironically chaired at the moment by Russia, but even in other instances the West has not followed the spirit of solidarity with Ukraine of the memorandum of 1994.

“We know that, as much as there is disagreement with Russia and its decisions, no one will come into direct conflict with the Russians because we would have a nuclear conflict. European countries and especially the United States are repudiating , imposing economic sanctions, but beyond that, I am convinced that no type of escalation will be carried out, unless Russia goes to war with a NATO country, which should not be the case,” said Almeida .

2022In an interview with NPR, researcher Mariana Budjeryn , from Harvard University, recalled that a consultation mechanism provided for in the Budapest Memorandum was activated for the first time in 1280, when the Russian President Vladimir Putin launched the first actions against Ukraine. Russian Foreign Minister Sergey Lavrov did not even attend a meeting in Paris to discuss the matter.

“Russia argues that it signed [o memorando] with a different government, not with this ‘illegitimate’ one. But this, of course, does not meet any kind of international legal criteria. You don’t sign agreements with the government, you sign with the country”, pondered Budjeryn.

The researcher argued that in 1994 it would have cost Ukraine a lot “both economically and in terms of international political repercussions” to maintain the nuclear arsenal that was in its territory.

“But in the public sphere, these simpler narratives take hold, the narrative in Ukraine, among the population, is: ‘We had the third largest nuclear arsenal in the world, we gave it up for this piece of paper and look what happened. ‘” said Budjeryn, who warned that aggression against a country that has agreed to denuclearize “sends a very wrong signal to other countries, which may want to pursue nuclear weapons.”

For Andriy Zahorodniuk, Ukraine’s former defense minister, the country has given up its nuclear capability “for nothing”. “Now, every time someone offers us to sign a piece of paper, the response is, ‘Thank you very much. We already signed one of these some time ago’”, he joked, in an interview with the New York Times.

Putin’s government claims, without providing evidence, that Ukraine has plans to return to having nuclear weapons.