In February, Netflix released the season one premiere of Firefly Lane, and it left us with a massive cliffhanger!

We’ve been eager to find out if Firefly Lane would return for season two. Fortunately, Kristin Hannah’s best-selling novel and its sequel provide plenty of fodder. There will be a second season of Firefly Lane, after all!

We’re here to address any queries you might have. Let’s get started, shall we?…

In order to discuss the second season of Firefly Lane, we must first discuss the first season. Stop reading right now if you’re not interested in finding out what happens!

The second season of Firefly Lane has yet to be announced.
Yes! In a Zoom video released on May 26, 2021, Netflix confirmed the extension of its contract.

As far as we know, the series hasn’t ended, and we want to know if the three-decade relationship between Kate and Tully (Katherine Heigl) can be healed in the future. Not to mention Johnny’s (Ben Lawson) service in Iraq.

For now, we don’t have all the answers. But don’t worry. We’ll be here when you’re ready. “And we’ll make sure to address all of your inquiries.”

The complete announcement for the second season of Firefly Lane can be seen here.

How Soon Till The Second Season Of Firefly Lane Begins?

Season 2 launch dates for Netflix’s Firefly Lane have not been revealed. Despite the fact that filming began in August of 2021, it is not believed that Season 2 will air until the summer or autumn of 2022. When Katherine Heigl tweeted about the release date in August, she stated that it will be in 2022.

Season 2 Of Firefly Lane Was Shot When?

Season 2 of Firefly Lane began production in Vancouver in August of 2021 and will conclude in December 2021.

Who Is killed Off In Firefly Lane Season One?

Here’s an example of where Netflix deviates from the original source material. Here’s a big reveal! By now, most readers are aware that Kate is killed off in the last pages of Firefly Lane. The Netflix series, however, concludes with Kate still alive and well. This is Kate’s father, Bud Mularkey’s funeral. 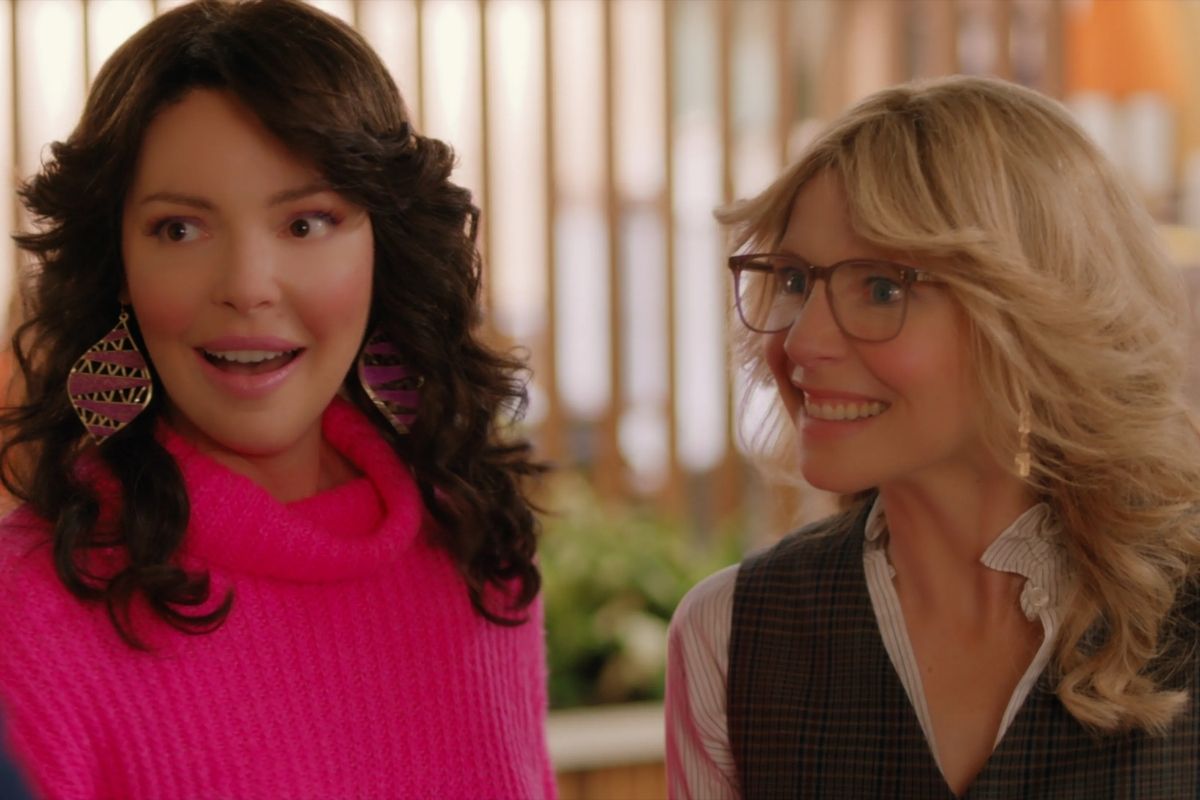 Even though Netflix hasn’t revealed the whole cast for Firefly Lane season 2, the major characters are almost certainly returning. Who will we see in season 2, even if it is just in flashbacks, according to our predictions? Bud, who passed away recently, will be missed.

As an executive producer on the show, Emily Heigl is also involved. Cheerios commercials were her first excursion into the film and television industry when she was just 9 years old. Josh Kelley, a singer-songwriter who has been on shows including Grey’s Anatomy and Roswell, has been Heigl’s husband since 2007.

In the Person of Sarah Chalke (Kate Mularkey)

Kate is a Seattle-based writer/producer who rose up the ranks alongside her closest friend, Tully, before deciding to put her career on hold to have a family and raise her children. Before Tully shattered their friendship after more than three decades of friendship, she and Tully were the closest of best friends. Here’s what we know so far about that conflict.

In addition to her performances on Scrubs and Roseanne, Chalke is most recognised for her voice work on Rick and Morty, where she portrays Beth.

When Ali Skovbye was just 4 years old, she was recruited for a national automobile advertisement. Michelle Pfeiffer and Kathy Bates were her co-stars in a follow-up picture.

The Man in the High Castle and You Me, Her are two examples of previous work.

“The Magicians” on SyFy featured Roan Curtis on a number of occasions. Supernatural and Smallville both included her as a guest star

Johnny works as a producer at the station where Kate and Tully first make their break in the industry. It takes him a while to overcome his inner troubles, but finally he falls in love with Kate.

His current status as Kate’s estranged husband is a fact of life now. They’re attempting to work things out as friends, but they’re running into some difficulties.

Beau Garrett is a well-known figure in the (Cloud)

Tully’s mother, Cloud, has a carefree lifestyle. Cloud She’s so careless that Tully needs to step in and act as the parent in the relationship since she forgets to be a mom most days. Here, unlike in Absolutely Fabulous, the mother-daughter relationship is devoid of humour.

Kate’s mom, Margie, is the classic suburbanite you might expect. Compared to Kristin Hannah’s conservative novel, the television adaptation is significantly more edgy and racy.

Paul McGillion is the author of this article (Bud Mularkey)

Bud is Kate’s responsible father. Most of his appearances are a flashback to the seventies and eighties. In a departure from the novel, Bud dies in the season 1 finale. Season 2 is unlikely to see him, unless it’s via flashbacks.

The series continues with Fly Away, the second novel. Tully’s past and her tumultuous connection with her mother are explored in greater depth.