In contrast to the “Titans” lineup, “Doom Patrol” features characters that the casual DC fan may not be familiar with. Negative Man (Matt Bomer), Cyborg (Joivan Wade), and Robotman (Brendan Fraiser) took on the Brotherhood of Evil with the rest of the Doom Patrol team as the third season finished in early November.

It was revealed that the team’s unusual powers weren’t earned by happenstance, but The Chief/Doctor Niles Caulder (Timothy Dalton) arranged everything that happened to them throughout Seasons 1 and 2. Everyone had to reunite with The Chief in Season 2 in order to save one of their own. What challenges will the squad face in Season 4, given that Season 3 finished on a positive note? As of now, this is all we know about “Doom Patrol” Season 4.

Doom Patrol’s fourth season will premiere in 2022 according to Variety and DC’s FanDome event on October 16, 2021, where the cast of the show made an appearance to announce the news to fans. The premiere of “Doom Patrol” on HBO Max is expected in the summer or fall of 2022, although no official release date has been confirmed. There will be a fourth season of “Titans” in 2022, which has already been renewed for a debut. As reported by Variety). “Titans” is typically released in conjunction with “Doom Patrol” during the summer and fall.

Just a few of DC’s original shows are accessible on HBO Max, including “Doom Patrol” and “Titans.” Netflix is also working on a “Batgirl” film starring Leslie Grace and a “Peacemaker” series featuring “The Suicide Squad” star John Cena. 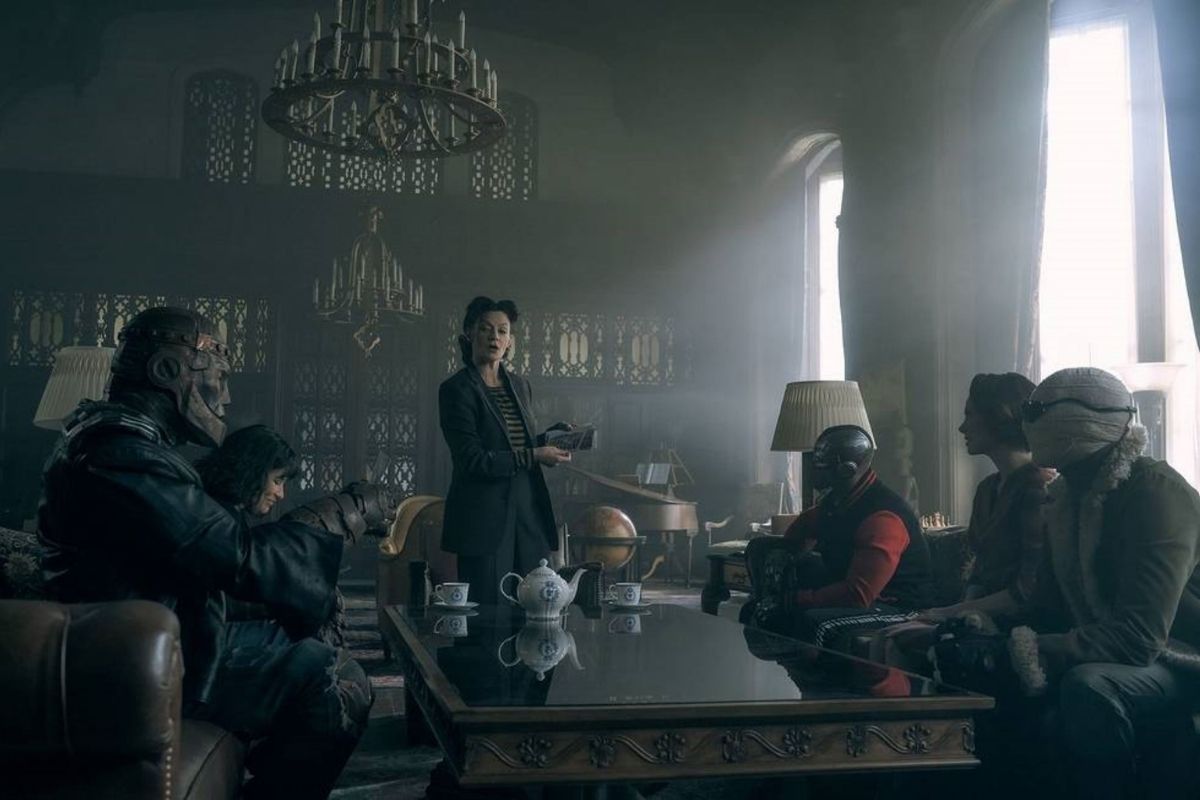 Season 4 of “Doom Patrol” has yet to have an official cast revealed. However, no one from the core cast has been reported to have left the show. There’s a good chance we’ll see the same cast from Season 3 back in Season 4, so fans can anticipate to see individual characters like Brendan Fraiser, Joivan Wade, Skye Roberts, and Michelle Gomez. As a result of Season 3’s finale, a reunion of the entire “Doom Patrol” ensemble seems quite likely. However, it’s unclear if Timothy Dalton will return due to his apparent irrevocable death in Season 3.

No other Season 4 characters or cast members have been announced as of yet. Because the Doom Patrol will be dealing with new threats, new villains are almost certain to arrive. More information is expected to be released once the new year begins.

Despite the fact that Season 3’s finale implied that the squad would accept their role as a super-team, no official plot details for Season 4 of “Doom Patrol” have been made public yet. Some characters, such as Dorothy (Abi Monterey) and the Dead Boy Detectives, may return in future instalments of the series.

A number of issues from Season 3 will be addressed in Season 4, including Robotman’s new body, Rita’s possible villainy now that she has accepted her darker side, and Laura De Mille’s attempts to be a true hero. Season 4’s plot is believed to revolve around the entire “Doom Patrol” squad dealing with their newfound responsibility as a super-team, including how to make it work as a cohesive unit. Season 4 of “Doom Patrol” will be revealed in greater detail over the course of the upcoming year.

In the last moments of the episode, the Doom Patrol used a time machine to travel back in time three minutes, where they encountered enormous genitalia in the Suez Canal. Jeremy Carver, the show’s creator, has hinted that time travel will play a larger role in the future episodes.