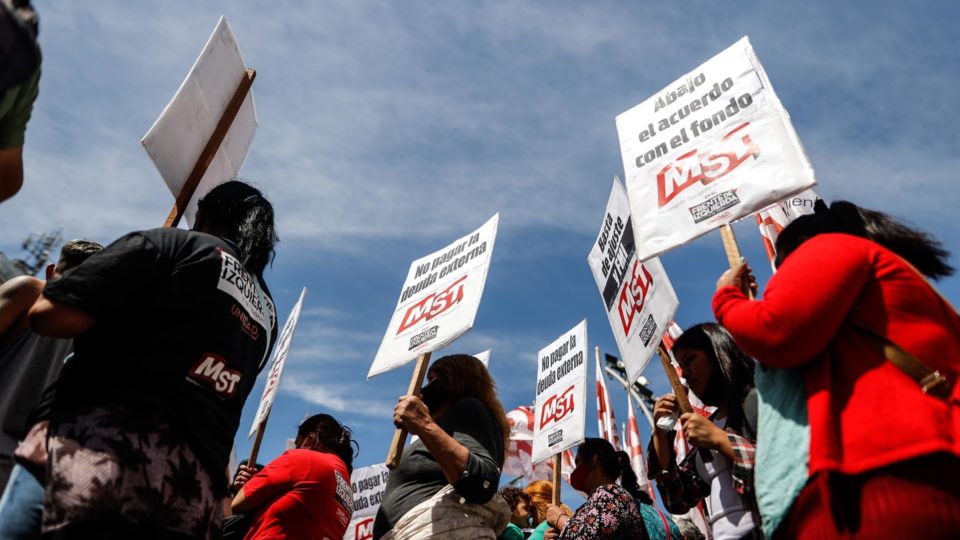 Protesters in Buenos Aires this week called for the Argentine government to stop paying the IMF| Photo: EFE/Juan Ignacio Roncoroni

The government of Argentina will finance debt of more than US$ 01 billion with the International Monetary Fund (IMF) through an “extended facility program” with the organization over the next two and a half years.

At a press conference in Buenos Aires, Argentine Economy Minister Martin Guzmán said this Friday (28) that the new discharge program will be financed through Special Drawing Rights (SDRs), which will cover all remaining maturities of the stand-by arrangement. by” signed on 2022, including the payment of US$ 731 million in part of the principal this Friday.

“It was never discussed that what was being negotiated was a program of facilities and extended. It is about refinancing the salaries of the ‘standby’ program carried out by the previous government. Two and a half years is the duration of the program, and there are ten revisions”, explained Guzmán, adding that the value of the new funding will be around US$ 01, 5 billion, a similar amount to the program 2018.

According to the Minister of Economy, every three months there will be program reviews in agreement with the IMF, and then disbursements will be made, which will serve both to make payments under the program and to accumulate monetary reserves.

The extended facilities program is part of the agreement announced this Friday between Argentina and the IMF to refinance a debt of more than US$ 44 billion, after months of intense negotiations marked by the government’s need to extend payment terms amid the complicated economic scenario that the country has been facing for four years.

) this time Guzmán considered that this agreement opens a “possible path” for the Argentine economy, providing greater predictability in the short and medium term.

“This alternative makes it possible to provide more predictability, more certainty and to leave a place that would have clearly been a source of anguish for millions of Argentines. It is a reasonable alternative, the best agreement that could have been reached”, he said.

The IMF reported this Friday that the agreement made with Argentina includes a “pathway” for fiscal consolidation with the aim of “gradually and sustainably” improving public finances and reducing monetary financing.

The “pathway” to fiscal consolidation will also allow for increased spending on infrastructure, science and technology, and protect specific social programs.

In a statement, the IMF provided details on the understanding announced earlier by the Argentine government on the refinancing of the loan.

According to the organization, the parties agreed to include in the agreement a “strategy” to reduce subsidies to the energy sector in a way that the progressive.

An understanding was also reached on a structure for the implementation of monetary policy as part of a “multifaceted approach” to address Argentina’s high inflation.

This framework will aim to secure “positive real interest rates” to support domestic financing and strengthen stability, the IMF said.

Shortly after Fernández announced the deal, Argentina’s risk premium dropped 3.8%, and the main indicator of the Buenos Aires stock market rose by about of 4.2%.

The IMF communiqué is signed by the director Deputy of the Department of the Western Hemisphere, Julie Kozack, and the head of the mission for Argentina, Luis Cubeddu, who played a crucial role in the negotiation.

In the note, they explained that it was also agreed that “additional financial support from international partners Argentina” would help to strengthen the country’s external resilience and its efforts to ensure “more inclusive and sustainable” growth. The final agreement is subject to approval by the IMF Executive Board.