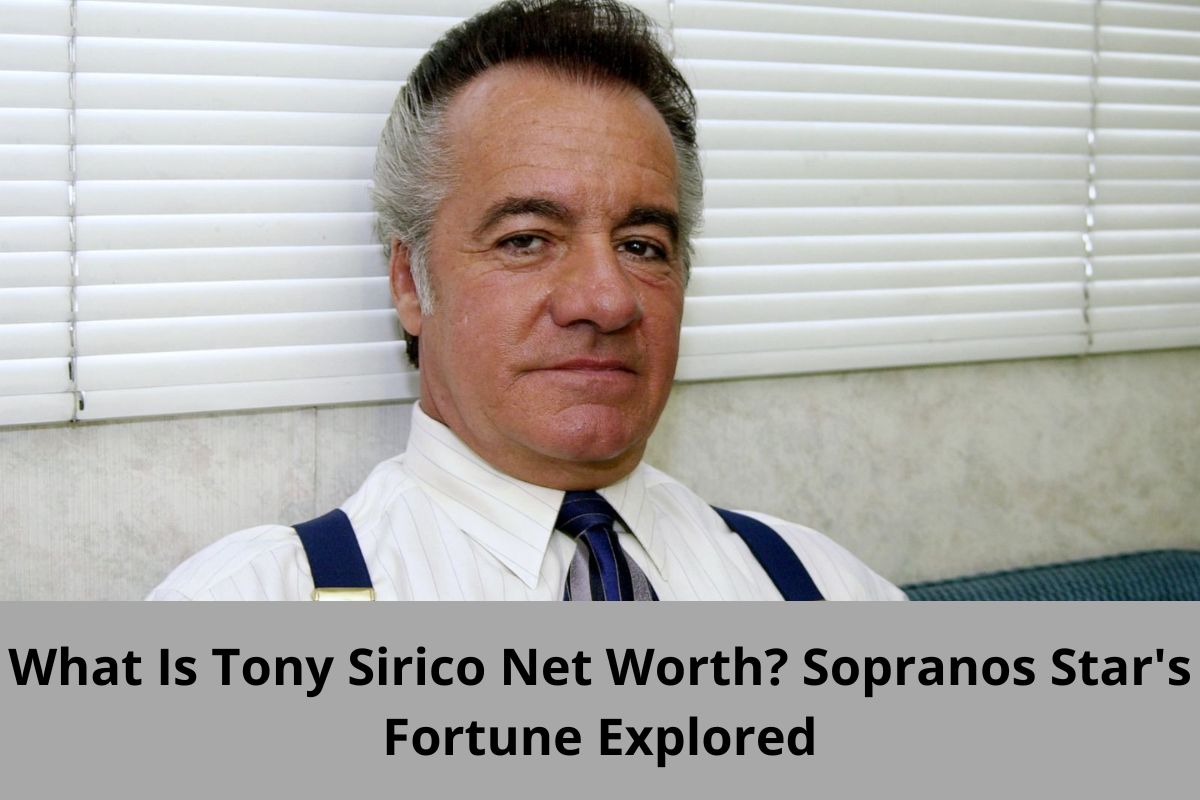 On July 8th, Tony Sirico, an actor and comedian, died at the age of 79. His Manager, Bob McGowan, broke the news and said Sirico, is a faithful client and close friend. Even though Sirico’s cause of death is unclear, he was suffering from dementia for the previous several years and Tony Sirico net worth is estimated to be about $8 million.

Gennaro Anthony Sirico Jr., better known as “Paulie Walnuts” Gualtieri in The Sopranos, is a well-known actor. In addition, he made a few cameos in Woody Allen productions.

Tony Sirico net worth was assessed by CelebrityNetWorth to be about $8 million. No information on Sirico’s assets is accessible, however, it should be noted that he made a good deal of money in the entertainment business.

Michael Gazzo was his first acting tutor after he appeared in Crazy Zoe in 1974 as an extra. Goodfellas, Mob Queen, Love and Money, Innocent Blood, Fingers, and The Pick-Up Artist are just a few of the films in which Sirico has portrayed a gangster which contributed a lot to Tony Sirico net worth.

RIP Tony Sirico. Legendary. Silvio’s best buddy “Paulie Walnuts” in The Sopranos, Frankie “The Fixer’s” older brother Antonino “Father Tony” Tagliano in Lilyhammer. A larger than life character on and off screen. Gonna miss you a lot my friend. Deepest condolences to the family. pic.twitter.com/pAkDnqfLEs

In addition, he appeared in such films as Hello Again, Wonder Wheel, Bullets over Broadway, The Search for One-Eye Jimmy, The One Man Jury, and Defiance, among others. As a police officer, Sirico has appeared in films such as Dead Presidents and Deconstructing Harry.

Paulie Gualtieri on The Sopranos was a well-known part for him, but it wasn’t the job that he first tried out for. Frank Vincent and Sirico competed for the part of Uncle Junior in the audition process. But Dominic Chianese was cast in that part, and David Chase, the show’s creator, suggested that Sirico be cast as Paulie.

Vinny Griffin was voiced by Tony Sirico in three Family Guy episodes in 2013. When Stewie insulted Italians and referred to them as “stupid people,” he threatened him with a live-action cameo. After that, he made a brief appearance towards the conclusion of the 15th season’s first episode.

The areas of Brooklyn, East Flatbush, and Bensonhurst were Sirico’s homes while he was growing up. His brother Robert Sirico serves as a priest in the Catholic church.

Before beginning a career in acting, Tony was arrested around 28 times on various offenses, some of which included disorderly conduct, assault, and robbery. Among the accusations he faced was a conviction for robbery.

In February of 1970, he was taken into custody at a restaurant for having a handgun with a caliber of.32 in his hands. In 1971, the court found Sirico guilty of extortion, coercion, and unlawful possession of a firearm, and he was sentenced to serve four years in jail for his crimes.
It was previously reported that Tony Sirico operated a discotheque in Manhattan and that he was also charged with possession of a hazardous substance. This information was found in a court transcript.

He was contacted by an acting group that featured former inmates who encouraged him to try out acting and addressed his prior life in the documentary titled “The Big Bang,” which was released in 1989 and also lifts up Tony Sirico net worth.

This was all for Tony Sirico Net Worth and unexpected death, for more such content please visit nogmagazine.com