Our fascination with The Magicians dates back to December of 2015, and we haven’t let go. After five seasons, Syfy chose to discontinue the show in April 2020, much to the dismay of its die-hard followers.

“It played out sort of the way it’s played out practically every season,” co-creator John McNamara said to TVInsider.

“We never knew whether we would be renewed for a fourth or fifth season, other from those two exceptions. You always know with every program that there’s this sort of tight line between what it brings in and what it costs – never really about the creative. — about the financials.

Sera Gamble, a co-creator, stated: “And we, as the show’s creators, know that. “The cup is full and there’s no more space,” we got the impression heading into this season as our initial platform, Syfy, was nearing that point.”

18 months after Syfy’s decision to terminate The Magicians, there has been no positive news and it appears more improbable that this wonderful series would be revived by a streaming provider like Netflix.

When the show was cancelled, Syfy made the following statement, which seemed fairly final:

After five seasons, “The Magicians” is no longer part of the Syfy family, according to a statement (via Variety). “Our whole cast, crew, writers, and directors are to be thanked as we approach the finish of our trip. Finally, we want to thank the fans for their incredible support and dedication. As a result of your generosity, magic will always be a part of us.”

What Is The Season 6 Storyline Of Magicians?

As a result of Jason Ralph’s protagonist’s death in season four, the program was obliged to explore new ground.

Sera Gamble, the show’s executive producer, spoke with The Hollywood Reporter on the show’s future in the wake of his death: “That doesn’t mean that the tale of Quentin is over on The Magicians. It’s because Jason Ralph is no longer a series regular and Quentin Coldwater has died on the program, and the plot now revolves on the fallout from that…

Like when a loved one is killed off, the following season of our lives is about what comes after, much like the program’s fifth season is about what occurs after Jason and Quentin leave the show.

When it comes to planning future seasons, the source material is no longer relevant since Syfy has ran out of stories to adapt from the books. 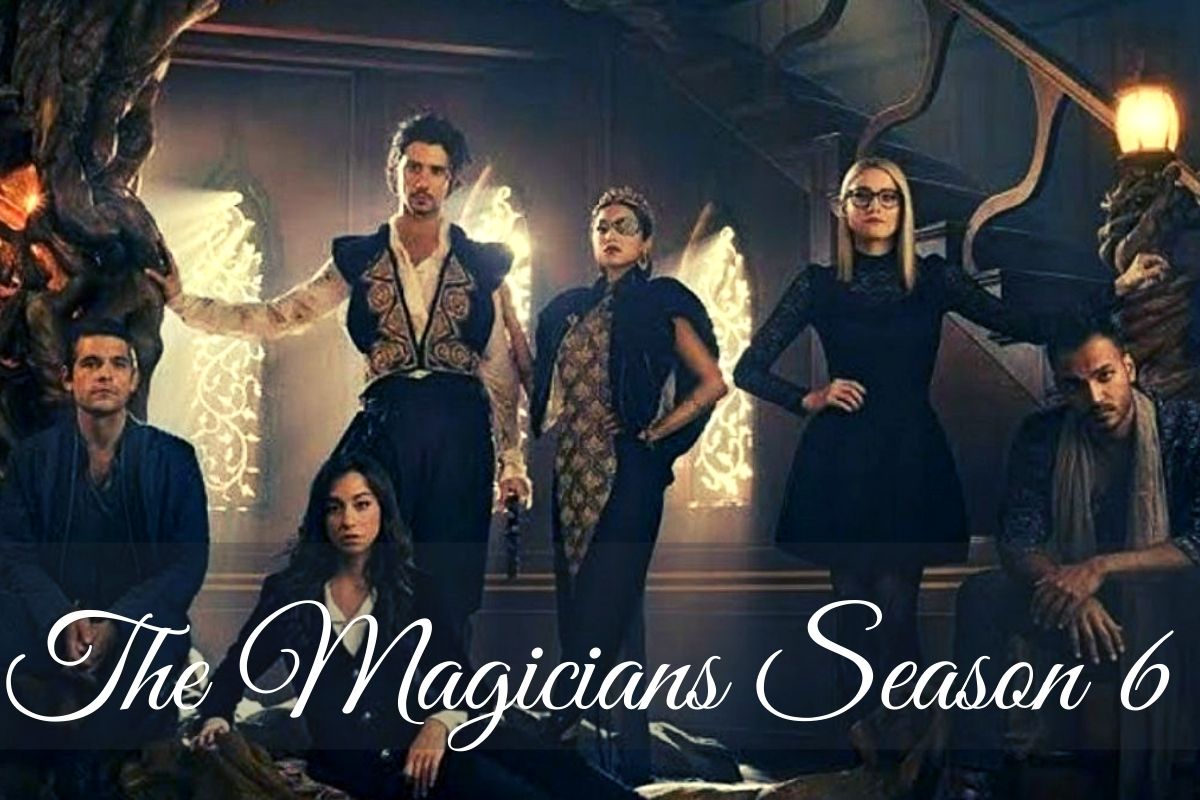 Who Will Be Among The Cast Of “Magicians” Season 6?

A return to television would be welcomed by all of the show’s major players if it were to happen.

Stella Maeve is now pre-producing a new drama about the female followers of cult leader Charles Manson, Rick Worthy is now in Station 19, and Brittany Curran is now in the sci-fi series FraXtur, but many of the performers from the show have gone on to other projects.

Stella Maeve was questioned in 2019 about her favourite moment from the show’s production (via Showbiz Junkies).

“I’m at a loss for words when it comes to naming an all-time favourite. My guess is that Jason (Ralph, who portrayed Quentin) will be involved in making me laugh. The first season he persuaded me he was sporting a full head of hair, and I thought it was a joke. I went to touch it as we were filming the final episode of the season. This hair-moving skill of his was one of his many. When can you move your skin? That’s when I realized it was a wig: “Oh my gosh!” It wasn’t, either. For me, it was a life-changing experience. ‘Wow, I didn’t know what I thought I did,’ I thought to myself.”

Season six’s trailer will not be available due to the show’s cancellation (and no season six, either). Seasons 1 through 5 of The Magicians are accessible on Prime Video.