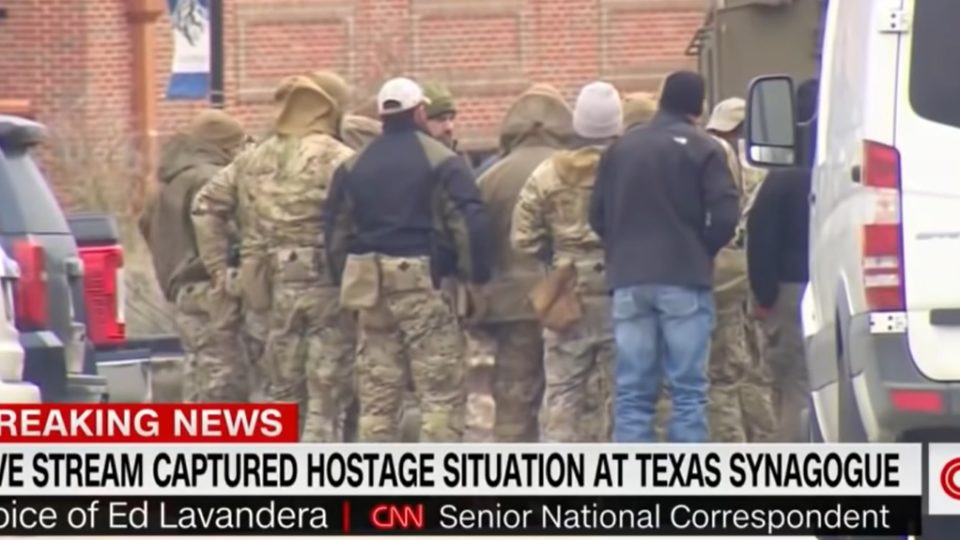 Four hostages were released unharmed in a synagogue in Texas )| Photo: Reproduction/Youtube CNN

) Texas Governor Greg Abbott used social media to report that all hostages who were under the sights of a man at a synagogue in the city of Colleyville were released without injury. According to information from the North American network CNN , the hijacker was killed in the action.

)Four people, including the rabbi, were initially taken hostage. One of them was released late on Saturday afternoon (15), while others three remained with the kidnapper until the night.

The kidnapping began on Saturday morning while a service was being held in the synagogue. The ceremony was even broadcast via a live on Facebook.

)Still according to CNN , the man who was armed has been identified, but the authorities have chosen not to reveal the kidnapper’s name while the investigation continues.