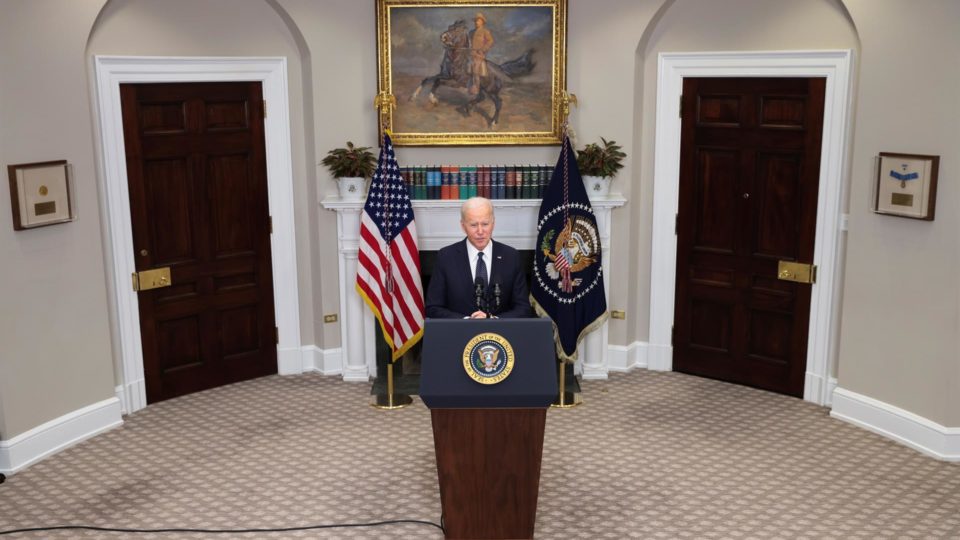 The American president said he was “convinced” that the Russians have already made a decision and that they will order an attack on Kiev in the coming days| Photo: EFE/EPA/Oliver Contreras
18211505 18211505 The President of the United States, Joe Biden, said this Friday (

) be convinced that the Russian president, Vladimir Putin, is going to attack Ukraine and that he has already made that decision.

18211505 ) The American president ruled out that Putin considers “even remotely” using nuclear weapons, although he emphasized that he is focused on “trying to convince the world that he has the ability to change the dynamics in Europe”.

He recalled that currently Russian soldiers surround Ukraine from different parts of the common border and Belarus.

“We believe Russian forces are planning to attack Ukraine next week, in the next days. We believe they will attack the capital of Ukraine, Kiev, a city of 2.8 million innocent people,” he said.

Asked whether Ukrainian President Volodymyr Zelensky should leave his country in the event of a Russian invasion, Biden said it “may be a wise choice”.

Therefore, he justified that the US is giving an account of Moscow’s supposed plans: “Not because we want a conflict , but because we will do everything in our power to eliminate the reason that Russia can use to invade Ukraine and stop them from moving.”

18211505In this sense, he insisted that Russia seeks to create a pretext and uses disinformation to justify an attack on the neighboring country.

Biden warned that if Russia finally invades Ukrainian territory, it will be “responsible” for a war ” unnecessary and catastrophic” you chose to perform.

Throughout his speech, the American president emphasized the “unity” between the US and its allies against Russia and threatened, once again, to impose sanctions on Moscow in the event of an attack on Russia. Ukraine.

However, Biden left the door open for diplomacy, since, in his opinion, “it is not too late to de-escalate and return to the negotiating table”.

Earlier, the United States had blamed Russia for the cyberattacks that Ukraine suffered this week, which particularly affected banks and the country’s Ministry of Defense.

“We believe the Russian government is responsible for the widespread cyberattacks on Ukrainian banks,” said Anne Neuberger, Deputy Security Advisor White House National Conference on Cybersecurity and Emerging Technologies, at a press conference.

Neuberger warned that the White House has “technical information” linking these to attacks on the Russian military intelligence agency GRU.

The US claims to have detected large volumes of communication from the GRU to Ukraine, which was observed through the analysis of internet domains and IP addresses.

Ukraine suffered the biggest DDoS (denial of service) attack in its history on the last day 15, affecting the Ministry of Defense, the Armed Forces and the main Ukrainian financial institutions.

While admitting that these offensives had a “limited impact”, Neuberger warned that Russia could have used the “wave of attacks” to penetrate cybernetic systems and launch the basis for a more disturbing attack in the future, accompanied by a ground invasion.

18211505 “The speed with which we assign the attack is very unusual, but we did it because we need to quickly draw attention to this compose treatment,” Neuberger said.

She also explained that the US has done preparations since November to deal with any cyber attack and assured that Washington has “intensified” its support for the Ukrainian government.

Ukraine government websites had already suffered a large-scale cyberattack in January, amid military, political and diplomatic tensions with Russia. 18211505