Woodrow Tracy Harrelson was born on July 23, 1961, in Midland, Texas, to American parents. His father was a hitman, while his mother worked as a secretary. Charles was convicted in the 1979 assassination of federal judge John H. Wood Jr., received 2 life sentences, and died in prison of a heart attack in 2007; the couple divorced in 1964. Woody grew up with his brother Jordan and his brother Brett; according to him, they never went hungry despite their financial hardships.

What is Woody Harrelson’s Net Worth?

American actor, playwright, and activist Woody Harrelson’s net worth are $70 million in 2021. Although he has starred in several films, he is most well-known for his role as Woody Boyd on the NBC sitcom “Cheers,” for which he won an Emmy. Acting in “The People vs. Larry Flynt,” “The Messenger,” and “Three Billboards Outside Ebbing, Missouri” all earned him nominations for the Academy Award.

Harrelson attended and graduated from Lebanon High School in 1979, which was located in Diane’s home state of Ohio. After finishing high school, he worked at Kings Island amusement park for the summer before enrolling in Hanover College in Hanover, Indiana (which was a Presbyterian college at the time). Woody finished with a BA in drama and English in 1983 and was a member of the Sigma Chi fraternity throughout his time at college.

When Harrelson joined the cast of “Cheers” for its fourth season, he made his television debut. From 1985 through 1993, he was a part of 200 episodes, earning him 5 Primetime Emmy nominations and a win in 1989. Woody Boyd, the character he played, also had guest appearances on “The Simpsons” in 1994 and “Frasier” in 1999. Harrelson debuted in HBO’s “True Detective” in 2014 and appeared as Grace’s boyfriend in seven episodes of “Will & Grace” in 2001. Woody has starred on a variety of television shows, including “Dear John,” “Spin City,” and the 2012 HBO film “Game Change,” in which he played Republican strategist Steve Schmidt. In addition to his four hosting stints in 1989, 1992, 2014, and 2019, Harrelson also appeared as Vice President Joe Biden in the 2019 episodes hosted by Will Ferrell and David Harbour.

Woody’s film career began with a role in 1986’s “Wildcats,” and it continued through “Doc Hollywood” (1991), “White Men Can’t Jump” (1992), “Indecent Proposal” (1993), “Natural Born Killers” (1994), and many others before “The People vs. Larry Flynt” (1996), for which he received an Oscar nomination. The one-handed bowler Roy Munson in 1996’s “Kingpin,” Tallahassee in 2009’s “Zombieland,” and Haymitch Abernathy in the “Hunger Games” franchise are just a few of Harrelson’s many famous performances in his extensive filmography of over 70 films. Both “No Country for Old Men” (2007) and “Three Billboards Outside Ebbing, Missouri” (2018), in which he starred, got a Screen Actors Guild Award for Outstanding Performance by a Cast in a Motion Picture, for which he was nominated.

In 1985 and 1986, Harrelson was an understudy in “Biloxi Blues,” which was performed at the Neil Simon Theatre, and in 1987 and 1988, he starred as Jack in “The Boys Next Door,” which was performed at Lamb’s Theatre. In 1999 and 2000, he portrayed Bill Starbuck in “The Rainmaker” at the Brooks Atkinson Theatre, and in 2005 and 2006, he played the role of Shannon in “Night of the Iguana” at the Lyric Theatre. In 1999, Woody directed his own piece, “Furthest from the Sun,” at Minneapolis’ Theatre de la Jeune Lune. His piece “Bullet for Adolf” ran for two weeks at Toronto’s Hart House Theatre in 2011 and from July to September 2012 at New York’s Off-Broadway New World Stages. 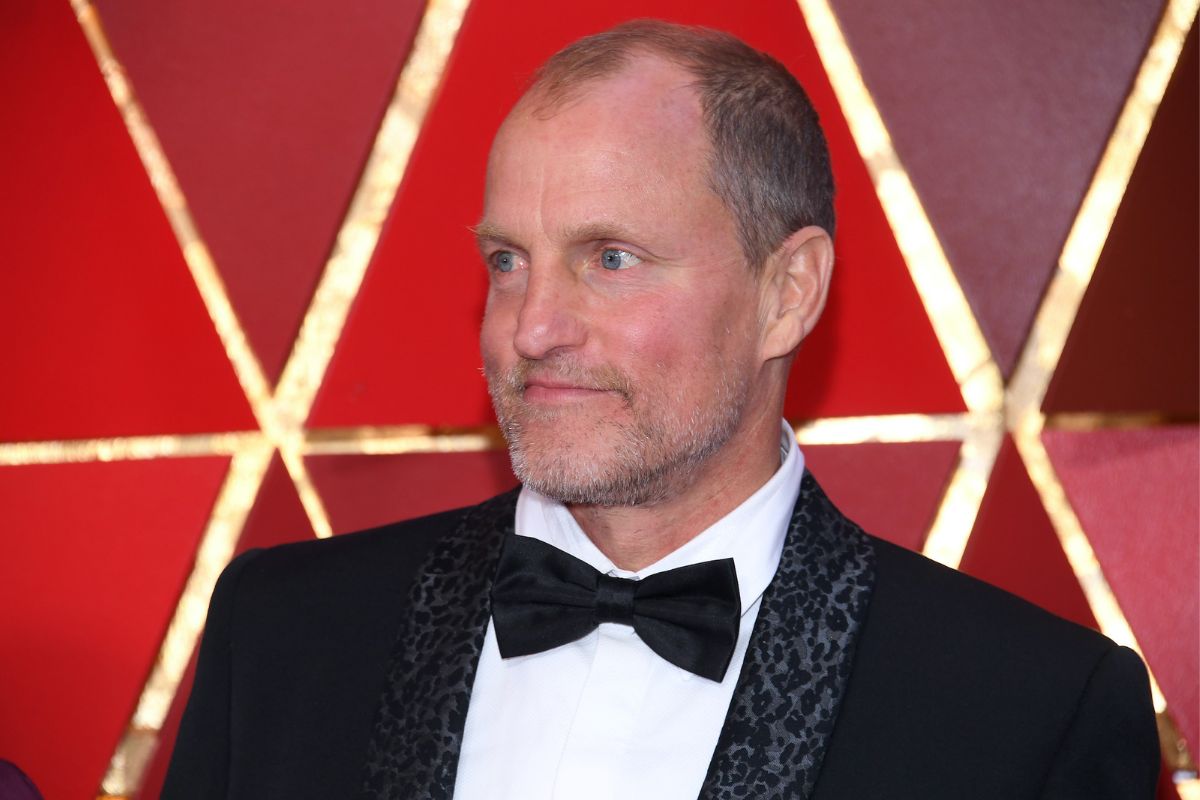 In 1985, while vacationing in Tijuana, Woody married Nancy Simon, the daughter of author Neil Simon. The marriage/divorce parlor was closed the next day, so the couple stayed together for 10 more months than they had intended. Deni (born February 1993), Zoe (born September 1996), and Makani (born November 2010) are the three daughters of Harrelson and Laura Louie, whom he married in 2008 at their home on Maui (born in June 2006). Woody and Laura met in 1987 while she worked as his assistant on the set of “Cheers,” and in 2001 they launched the anti-pollution advocacy website “Voice Yourself.”

Woody was crowned the Sexiest Vegetarian of 2012 by the animal rights group PETA. He believes marijuana should be legalized and is committed to green movements. Harrelson is a huge chess lover and has twice had the privilege of making the opening move at the World Championships in 2016 and 2018.

In 1982, Harrelson was jailed for disorderly behavior and resisting arrest, in 1996 he was detained for symbolically planting hemp seeds (which the sheriff called “cultivating marijuana”), and in 2002 he was arrested for vandalizing a taxi and fleeing from police. He was never incarcerated for any of these incidents. Woody was sued for $2.5 million by a TMZ photographer who claimed the actor punched him and destroyed his camera; the matter was settled in 2010 and dropped.

For his work on “Cheers,” Woody Harrelson won the American Comedy Award for Funniest Newcomer in 1987 and the Primetime Emmy Award for Outstanding Supporting Actor in a Comedy Series in 1989. Woody and Demi Moore, his co-star in “Indecent Proposal,” earned an MTV Movie Award for Best Kiss in 1993, and he won four accolades, including the Independent Spirit Award and the Washington, D.C. Area Film Critics Association Award, for “The Messenger” in 2009.

In addition to the African American Film Critics Association Award for “Rampart” in 2011, Harrelson won the San Diego Film Critics Society Award for Body of Work in 2009 for his performances in “The Messenger,” “Zombieland,” and “2012.” In 2014, Hanover College awarded Harrelson an honorary degree of Doctor of Humane Letters.