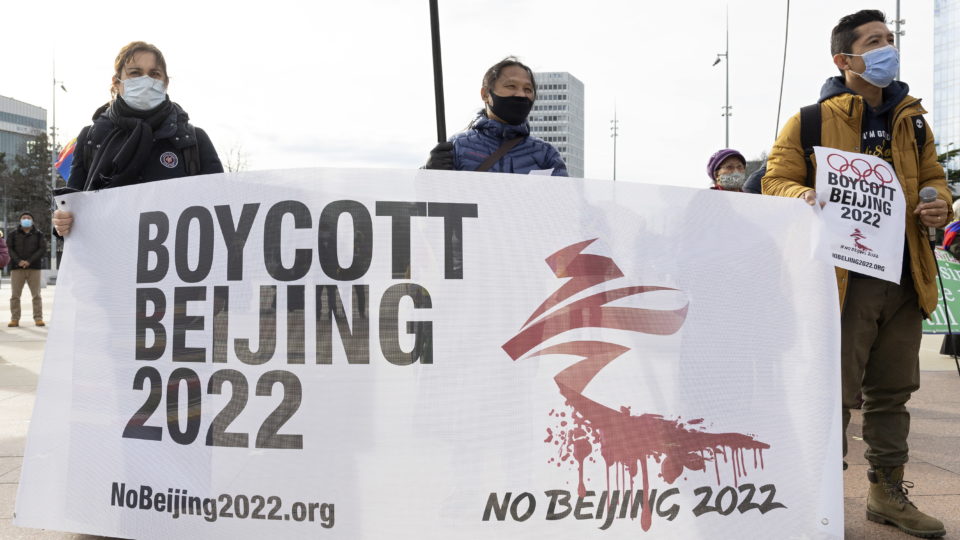 Although the US ambassador to the United Nations recently declared that the Beijing Winter Olympics are not “normal” because “we know that a genocide is being committed in that country”, much of the press seems to have ignored the message. The media was willing to use their old idea of ​​“plural” journalism, giving credibility to China’s denials of human rights violations.

On Friday, China chose Dinigeer Yilamujiang, a skier the country says has Uighur roots, to light the Olympic torch and kick off the games at the end of the ceremony. opening in Beijing – a strategy that Ambassador Linda Thomas-Greenfield said was created “to distract us from the real problem of torture that Uighurs suffer”.

However, NBC’s Savannah Guthrie expressed a different opinion on this during the ceremony broadcast. “This moment is provocative. It is a message from Chinese President Xi Jinping,” Guthrie said. “It is a clear response to Western nations, including the US, who have called China’s treatment of Uighurs genocide, diplomatically boycotting the games.”

NBC presenters drew attention to human rights violations in China during the opening ceremony, but chose to “show both sides”, saying that the Uighur genocide and other atrocities are “allegations” by the United States, not known facts.

Guthrie noted that “some people have been saying that there is a shadow over these Olympic Games, that China has been a target of attacks because of its policies and practices.”

She also said that the US is imposing a diplomatic boycott of the Games because of human rights, “especially because of because of China’s treatment of the Uighur minority in the Xinjiang region”. He then added that the US “hurried” to call it “genocide”.

ESPN gave space to sports analyst JA Adande, who said it was hypocritical for Americans to stick to human rights violations in China during the Olympics, even more so after the “attacks on human rights” electoral campaigns” perpetrated by the Republicans and in the face of racial injustices in the United States.

During an appearance on the program “Around The Horn” ), Adande, former network writer and director of sports journalism at Northwestern University , said that the United States should reflect on its own behavior and on how it treats people before attacking China.

“Who are we to criticize the human rights record in China when we have continuous attacks by agents? attacks by the state against unarmed citizens and even attacks on the electoral rights of people of color in several states across the country?” he asked. “The same is true in sports. I think it is possible and necessary, more than ever, to ignore everything if you intend to enjoy the games.”

He further added that “it is very difficult to find a country that is not problematic when it comes to human rights, including the United States.”

The New York Times published an article praising China’s “Covid zero” policy, which included the implementation of lockdowns and other authoritarian measures. The paper praises China for having “almost certainly” done a great job in managing the pandemic, even as the paper acknowledges that the country’s data on the pandemic – including the fact that China has one of the lowest death rates from Covid -19 on the planet – “are suspect” and “artificially low ”.

“China’s success in controlling Covid- is a PR triumph for the regime,” the journalists wrote. David Leonhardt and Ian Prasad Philbrick. “President Xi Jinping uses the government’s management of the virus to promote a worldwide influence campaign, arguing that the Chinese system is better than Western democracies.”

Despite the problems of other media outlets, CNN’s Jake Tapper deserves to be cited for attacking China’s strategic decision to put Yilamujiang on fire. the torch and for attacking “the embarrassing double standard of the NBA and Hollywood, for example, which extol injustices in the United States while submitting to self-censorship over atrocities committed by the Chinese government”. He goes so far as to say that it is “disgusting” to see how US companies “ignore real genocide and slave labor in exchange for Chinese money”.