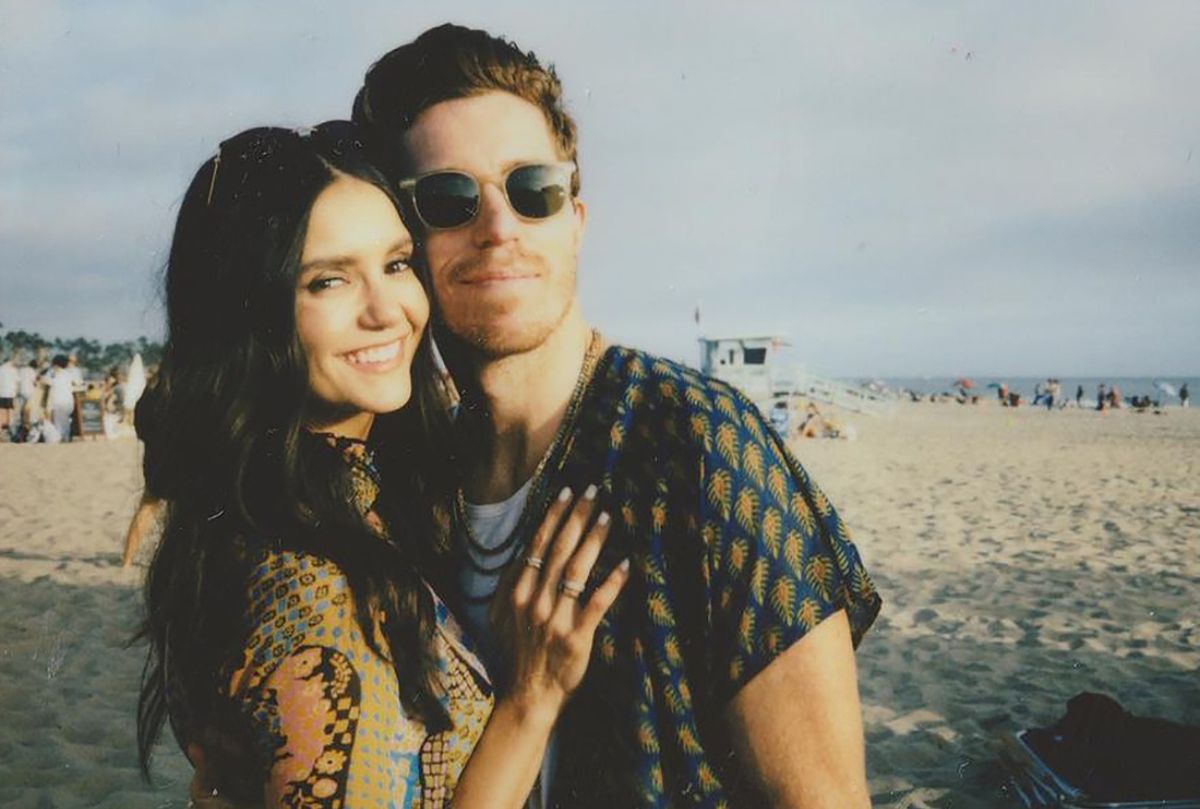 The love between Nina Dobrev and Shaun White may have begun in quarantine, but the two are definitely committed to each other.

Briefly interacting in 2012 at an awards ceremony, the two were not properly introduced until 2019. When Dobrev and White were photographed on a bike ride in Malibu in March 2020, relationship suspicions began to circulate.

White’s path to the 2022 Winter Olympics has been the subject of numerous endearing Instagram posts from the couple. In the months leading up to his final Olympic run, Dobrev was the snowboarder’s strongest supporter.

At a Tony Robbins session in Florida in late 2019, the two finally crossed paths. Dobrev and White went out to dine together after their respective speeches.

White later revealed to PEOPLE, “I genuinely didn’t know anything about her.” The Olympic gold winner thought the restaurant staff wanted to take his picture when they approached him. Surprisingly to him, the Vampire Diaries alum’s former coworkers came to meet him and beg for an interview.

As 2020 came to a close, both White and Dobrev shared images from their South African trip. Fans, however, were quick to notice that the two were spending the entire week at the same spot. Dobrev later disclosed that she was filming Redeeming Love and extended an invitation to White to come meet her on set.

It was “how we kind of started our relationship,” White told Us Weekly. “Then she realised, “Oh, this man, he came to play,” she thought. “He’s not joking around,” That’s something in common that the two of us have. We have a love of adventure.”

Dobrev and White were spotted bicycling about Malibu during their early days of quarantine. During their relaxing trip, White was spotted holding Dobrev’s dog, Maverick. According to a close friend of the actress who spoke to E! News, the two had spent a lot of time together before to their first public appearance together.

There was a developing romance between White and Dobrev by April 2020, when they made it Instagram official. However, they didn’t make their social media debut with a standard selfie. As an alternative, Nina posted a video of herself trying to wash her groceries and it quickly went viral. Despite the fact that White’s face was obscured during the demonstration, the snowboarder’s tattoo and freckled arms were instantly identified by his devoted fan base.

White had no choice but to use Dobrev, his lover, as his hairstylist while they were both trapped together during the pandemic. Dobrev captioned a photo of herself cutting his hair with a pair of scissors, “Adding to resume: hairdresser.” Meanwhile, White documented his at-home spa day with a time-lapse video.

At the Jackson Hole Mountain Resort in Wyoming on February 8, 2021, Dobrev and White went on a double date with her former Vampire Diaries co-star Paul Wesley and his wife Ines de Ramon.

Dobrev captioned a snapshot of the four with the phrase “sometimes you gotta double down,” referring to the group as her “powder buds.” Wesley also showed video clips of the two couples enjoying a day of skiing on Super Bowl Sunday.

Both Dobrev and White dedicated Instagram posts to each other for their first Valentine’s Day together. Dobrev wrote that her “favorite snow cone flavor is White” and wished her “quarantini in crime” a happy Valentine’s Day.

“Thank you for keeping a smile on my face and being the beautiful person you are,” White shared on his own profile. 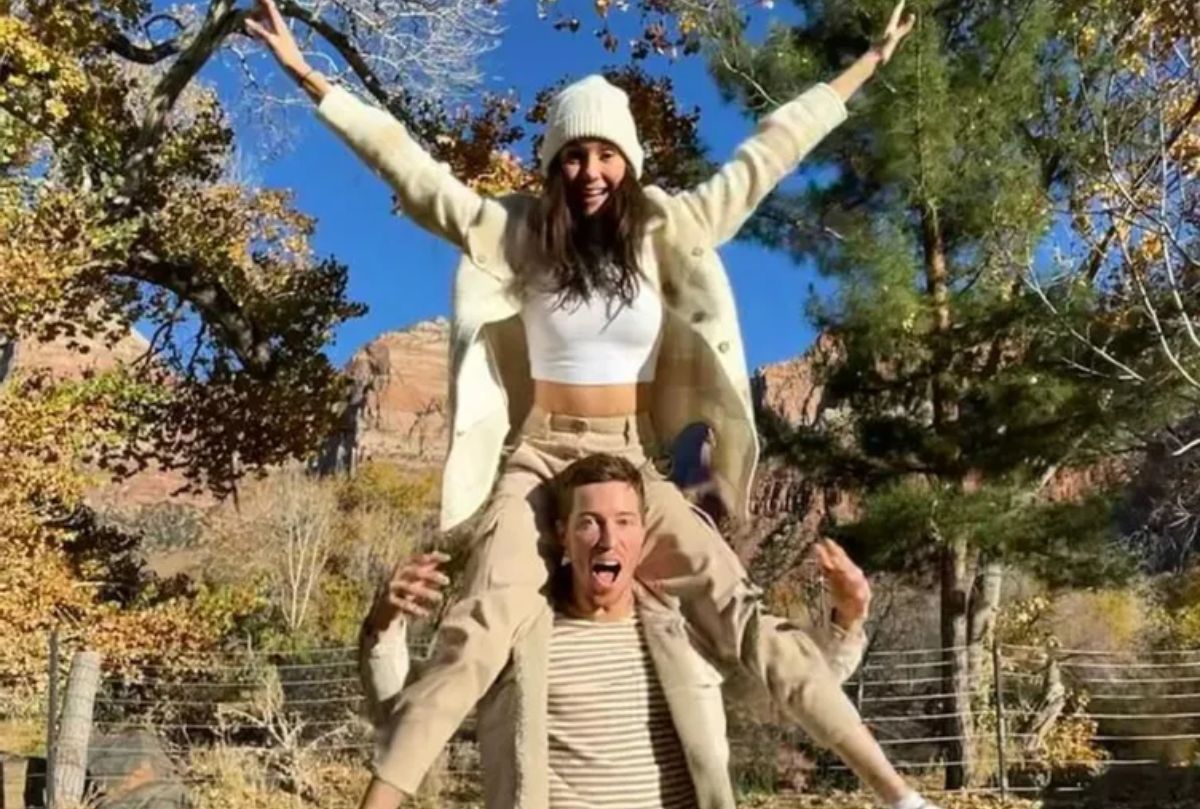 Their first wedding anniversary was during the height of the COVID-19 pandemic, which severely curtailed the couple’s ability to celebrate. But White came up with a novel approach and used every resource at his disposal.

The Olympic gold medallist lamented to Us Weekly, “I wanted to replicate our first date, but everything was closed.” “I was able to convince the shopkeeper to let us in after hours. Having the whole area to ourselves was a lot of fun.”

In October 2021, Architectural Digest published Dobrev and White’s Spanish-style 1920s home, and the actress admitted that she and White had painted the entire house themselves. The couple’s enthusiasm for the do-it-yourself project wore off after a few days, and they began to wonder what they had done.

She said, “I always wanted to paint it white and for the first time I found myself having no excuse,” adding that she and her partner, White, spent weeks painting the house’s outside

Oct. 19, 2021: Shaun White gushes about Nina Dobrev ahead of the Olympics

White told PEOPLE that Dobrev encouraged him throughout their “wonderful relationship” as he prepared for the 2022 Olympics in Beijing.

He started with, “Nina is great.” “Wow, did that have an impact on my life. She not only has her own show, but also her own world, with her own enterprises and projects. It’s fantastic to have a spouse like her who holds you to the same high standards “.

In January of 2022, Dobrev attended the Toyota U.S. Grand Prix of Snowboard and Freeski at Mammoth Mountain to cheer on White. The Love Hard star shared a cheeky boomerang on Instagram while snowboarding, revealing a red bikini under her snowsuit.

Because of the COVID-19 ban, Dobrev missed the 2022 Olympics and couldn’t be there to cheer on White. Actress said she will be “anxiously” watching from home, per Us Weekly.

Dobrev also mentioned her boyfriend’s record for being the oldest U.S. halfpipe rider in the Winter Olympics. Telling E! News Daily Pop, “I am so excited for him,” she gushed her enthusiasm. “To qualify for the Olympics five times is an incredible feat in itself. To put it simply, I can’t contain my enthusiasm. I couldn’t be more pleased with his accomplishments.”

As it turned out, White’s final Olympic halfpipe performance put him in fourth place. Dobrev expressed her admiration for the snowboarder and the worldwide tributes to his life and career in an Instagram post.