Sean Hannity is ready to answer the toughest questions when he is on his Fox News show but when it comes to his personal life, the talk show host becomes numb. Hannity is extremely private in real life and he tries to keep everything hidden from the media since he knows the repercussions.  Did you know that Hannity separated from his long-time wife Jill Rhodes before the divorce was finalized? Yes, that’s the level of secrecy that Hannity maintains.

The former couple was together for 20 years before finally calling it off in 2020. They released a statement about their divorce that read, “Sean and Jill are committed to working together for the best interests of their children. Amicable agreements were entered into over four years ago between Sean and Jill. They maintain a close relationship as parents to their children,“” Neither will have any further comments and ask for the sake of their children that their privacy be respected.”

Though the fans were sad, they wanted to know what the future looks like for Sean Hannity. The most interesting question that fans want to know the answer to is who Sean Hannity is dating now. Well, the Fox News host tries to hide it but we know exactly who it is. Must Read Are Whitney And Lenny Dating?

Soon after the divorce, it appeared like Sean made his relationship public with Ainsley Earhardt. Hannity didn’t comment on his budding romance and when he was asked about it, “I do not discuss my personal life in public.”

Sean never liked to be a matter of discussion for personal reasons. As a matter of fact, both Sean and Ainsley chose to keep their relationship extra hush-hush however they never failed to drop hints that they are together. Hannity was seen appearing on “Fox & Friends” for the special moment of Fox News’ 25th anniversary. 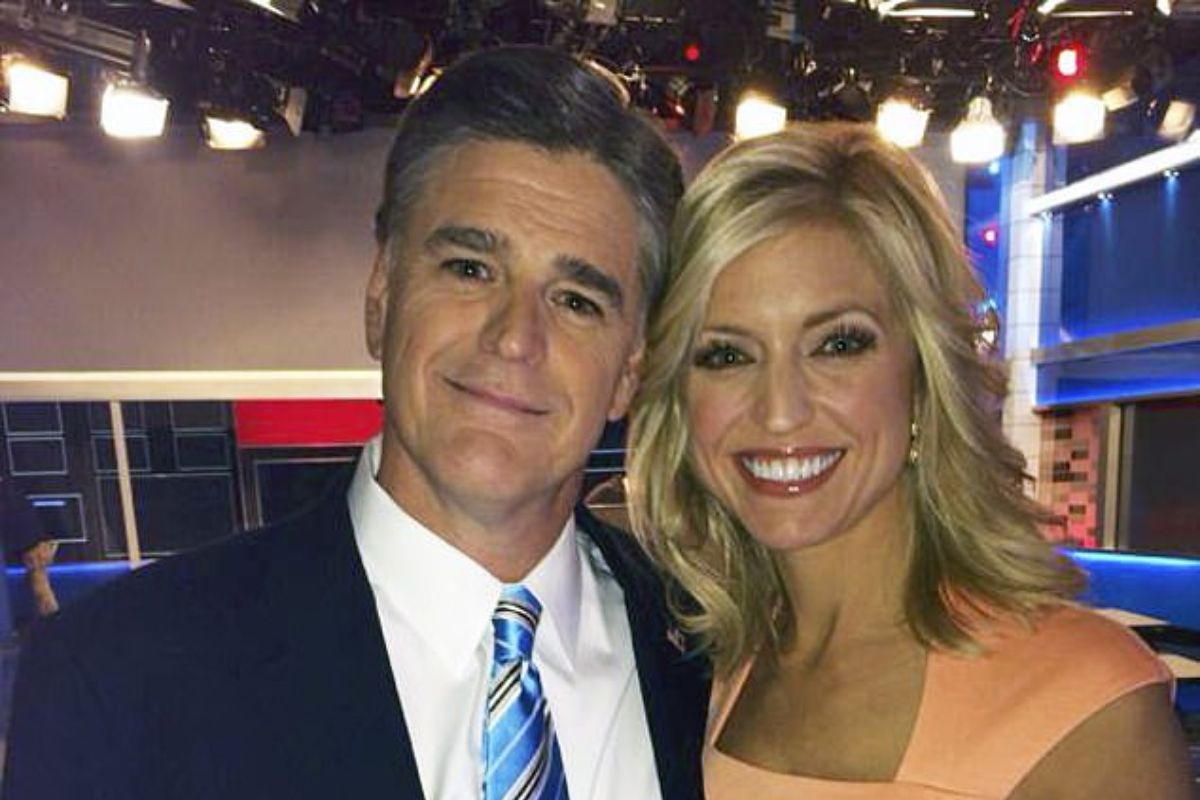 A source very close to Hannity revealed that the talk show host is “very private because he’s very famous and he’s very controversial. But it’s been an open secret that they have been seeing each other.” Furthermore, the source added that Hannity and Earhardt “are together all the time, but in private … for years, not just months.”

The teasing has been going on for a while since Brian Kilmeade, Hannity’s co-host asked if Sean has any favorite co-host and Earhardt was quick to respond that he actually does have a favorite. This actually became one of the most memorable moments of Hannity’s TV career.

Hannity has been asked time and again about his relationship update. But in October 2021, he did mention that his career and work are more important now compared to his personal life. Still, his love life is also thriving since Ainsley is extremely happy with her man. Both of them are career driven and also focused on their love life.

Once Ainsley said about her boyfriend, “if you knew what we know about him, he’s the most generous person,” “You’re just a really good person, Sean, and you’ve helped all of our careers.”

As a matter of fact, Ainsley has also been open about having children. She wanted to be a mother and froze her eggs. It’s not a matter of time before we will get to know if the baby she is planning to have is going to be with Sean or anyone else. Sean and Earhardt may be very private about their relationship but they seem to be the perfect match for each other. Must Read Are Phil and Dan Dating in 2022?

Are Hannity And His Ex-wife Jill Rhodes on Good Terms?

After spending two decades together, Jill and Hannity may have divorced but they did find peace in mutually settling things. Even today, they are a family and always make sure to celebrate all of the holidays as a family along with kids. The former couple had two kids, Sean Patrick and Merri Kelly.

An insider even explained how good of parents they are, “Sean and Jill are great parents, when together you don’t even realize they split.”

Though their kids are mature enough, they are co-parenting their children well. For them, family is the number one priority. So, they have resolved their differences and kept the children on a higher pedestal to provide an amazing life to them.

Now coming back to Sean Hannity’s dating life, the host and Earhardt have been dating for a while. But we do not yet know if they have any marriage plans on the card or not. Hopefully, if so happens, the fans have more of a reason to be happy for them. Their relationship is definitely something that the couple cherishes. So, do you think that Sean Hannity and Ainsley Earhardt will ever get married?

Please Bookmark our site NogMagazine.com for more such updates. Also, check our entertainment and celebrity News section regularly for the latest updates about your favorite stars and tv series.