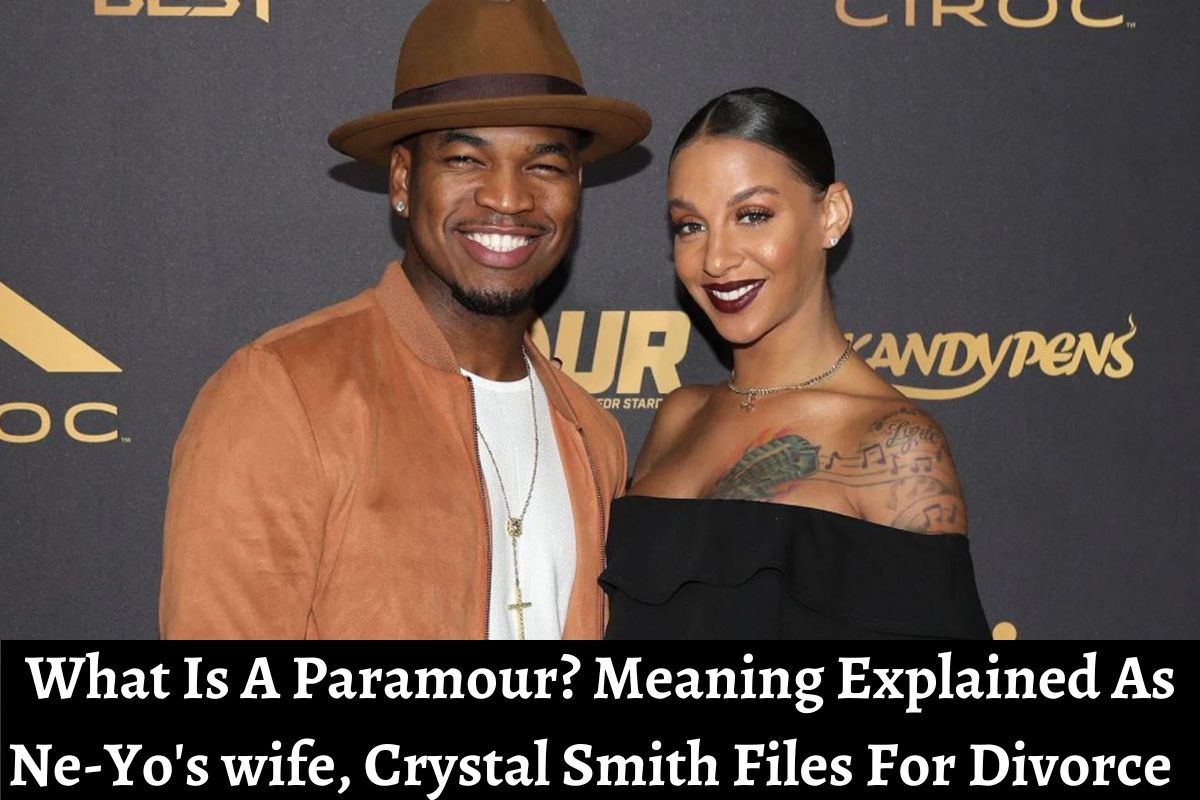 Ne-wife, Yo’s Crystal Smith, has asked for a divorce after discovering that the singer had a child with another woman. A few days before the announcement, Crystal said that her husband was cheating on her.

On August 1, the 36-year-old filed a petition to end the marriage. Smith told Today that she is getting divorced from Ne-Yo, whose real name is Shaffer Smith, because he “recently fathered a minor child with his paramour.” Documents also said that their marriage is “irreparably broken” and that there is “no hope of reconciliation.

What Is A Paramour?

A secret lover is called a paramour. The word comes from French. “Par Amour,” which means “through love,” refers to a relationship based on love and physical closeness, not a legal marriage.

Even though the divorce petition was just filed in Fulton County, Georgia, where Smith lives, the couple has been living apart since July 22.

Do Crystal Smith And Ne-Yo Have Any Children?

They got married in February 2016 and have three kids: Isabella Rose, Roman Alexander-Raj Smith, and Shaffer Chimere Jr., who are one, four, and six years old, respectively.

The mother of three recently went on Instagram to publicly accuse Ne-Yo of cheating on her while they were together. In the post she made on social media, she wrote:

Smith also said that their time together was “wasted years and heartache” other than the fact that they had a family.

Since they got married, they have had a rough time with each other. In 2020, the singer of “Because of You” asked for a divorce, but she took the request back during the pandemic because it helped them get back together. The couple had their third child in 2021 and renewed their wedding vows in a big ceremony.

Ne-Yo liked Crystal Smith’s Instagram post where she shamed her soon-to-be-ex-husband in public. He also talked about their breakup on Twitter. The singer said he would handle private matters “behind closed doors.” He also said that “private issues” shouldn’t be discussed publicly.

The singer asked his fans to give him and his family their privacy. The full tweet said:

“For the sake of our children, my family and I will work through our challenges behind closed doors. Personal matters are not meant to be addressed and dissected in public forums. I simply ask that you please respect me and my family’s privacy at this time.”

"For the sake of our children, my family and I will work through our challenges behind closed doors. Personal matters are not meant to be addressed and dissected in public forums. I simply ask that you please respect me and my family’s privacy at this time.”

At the time this article was written, Ne-Yo had not talked about him having another child. In addition to the three kids he has with Smith, the singer is also the father of Madilyn Grace and Mason Evan, who he has with his ex-girlfriend Monyetta Shaw.

Stay tuned to our website for more updates, Nog Magazine.