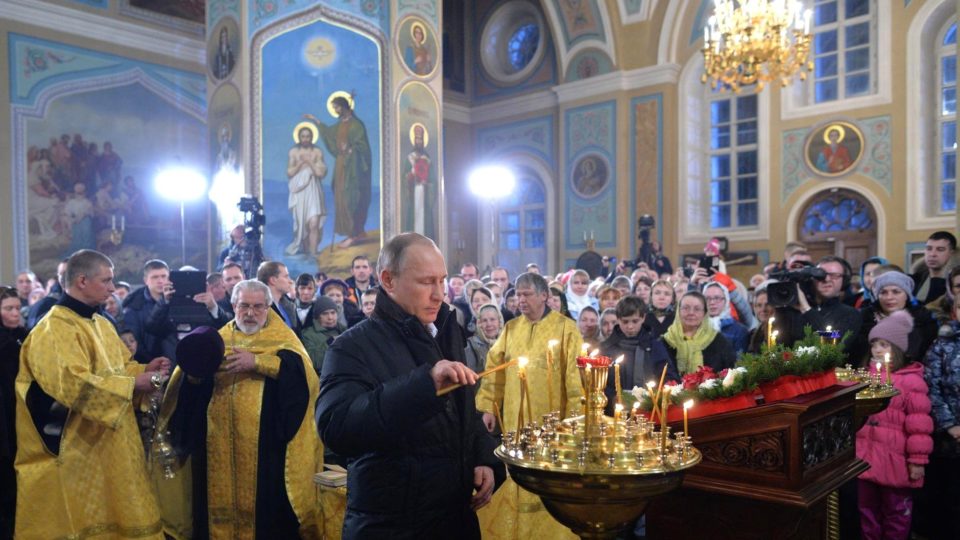 President Vladimir Putin lights a candle during a ceremony of the Russian Orthodox Church| Photo: Publicity/Kremlin

Soon after saying that he has a trip to Russia planned for the end of February, President Jair Bolsonaro heard a question from a supporter who, with his voice marked by years of life, consults the Brazilian leader about something what he heard about Russian President Vladimir Putin.

2022Not long ago, this column told how the Russians were moving through Brasilia. How the current ambassador knocked on the right doors and with the right speech. Russia is the alternative to China. “We are a Christian country and our leader is conservative.” Bolsonaro, it seems, believed it.

2022 Not only he believed how he accepted to land in Moscow in the midst of the fog. The thick fog of war. The Brazilian president hopes to find in Russia a strong leader with conservative affinities and values ​​– so dear to him and his base. The architects of this meeting ignore the fact that at this moment Vladimir Putin, who awaits Bolsonaro with open arms, can push Europe into political, security and energy crises, dragging the United States and China to the center of the crisis, in a tangle like that.

2022 These same architects and advisers ignore another fact. By the end of February, when Bolsonaro says he is thinking about going to Russia, the situation may have deteriorated to such an extent that the trip will not be just a geopolitical suicide, as something simply unfeasible.

2022 But the central question is the following. What does the “conservative” Putin want to “conserve”?

Putin is an autocrat. In his fourth term, he sends a message to his people and to the world that what he wants to preserve is his power, the neo-tsarism he founded and is the basis for building a project of power.

2022Putin’s conservatism goes very far from the fundamental concepts of conservatism itself, of the which, by the way, many conservatives have no idea. They go by instinct thinking they are synonyms of some anachronisms.

Putin looks into Mother Russia. Its conservative references are local and culturally designed to feed the project of a grandiose empire. “Putinian conservatism” is a political, strategic and expansionist instrument. I suspect that President Jair Bolsonaro did not receive the complete information. In addition, he was not told that Putin’s project (the same Putin who sets fire to Venezuela and possibly helped Lula out of jail) not only does not match Bolsonarism, but wants its end.

2022“Putinesque conservatism” has familiar ingredients. 1) Talks about national sovereignty versus globalism: “Only sovereign states can effectively respond to the challenges of the times and the demands of citizens. Thus, any effective international order must consider the interests and capabilities of the State and proceed on that basis, and not try to prove that they should not exist.” 2) Criticizes revolutions: “The cost of ill-conceived social experiments is sometimes , beyond all estimation. Such an action can destroy not only the material foundations, but also the spiritual foundations of human existence, leaving behind moral wreckage where nothing can be built to replace it for long. No revolution was worth the damage it took. caused to human potential.” 3) Christian Values ​​versus Secularism: “We believe that we must rely on our own spiritual values, our historical tradition, and the culture of our multiethnic nation.”

20224) Fighting abortion: “Do you know what the trick is?” asked Putin. “The trick is that of course there is a lot of diversity in each nation and around the world. Still, something unites all people. After all, all people want to live.” He added: “The idea of ​​giving absolute priority to the value of free choice and of rejecting the priority of moral norms has become a bomb that slowly explodes for Western civilization, if we could cut the number of abortions in half, there would be a population growth. constant and powerful.”

5) Family defense : “In my opinion,” Putin said, “the same [respeito pela vida] applies to the family as a value [universal], because what can be more important than procreation? Do we want to be or not to be? be, that’s fine. See, adoption is also a good and important thing, but to adopt a child, someone has to give birth to that child. This is the second universal value that cannot be disputed.”

2022Here is the key to understanding and avoid the trap. Putin is a politician ico who knows the soul of his people better than anyone. For him, what takes on the guise of “conservatism” is nothing more than the ingredients of a strategy of maintaining power through Russian nationalism, which is the core of his main expansionist and geopolitical actions.

2022What Putin wants to keep is power.