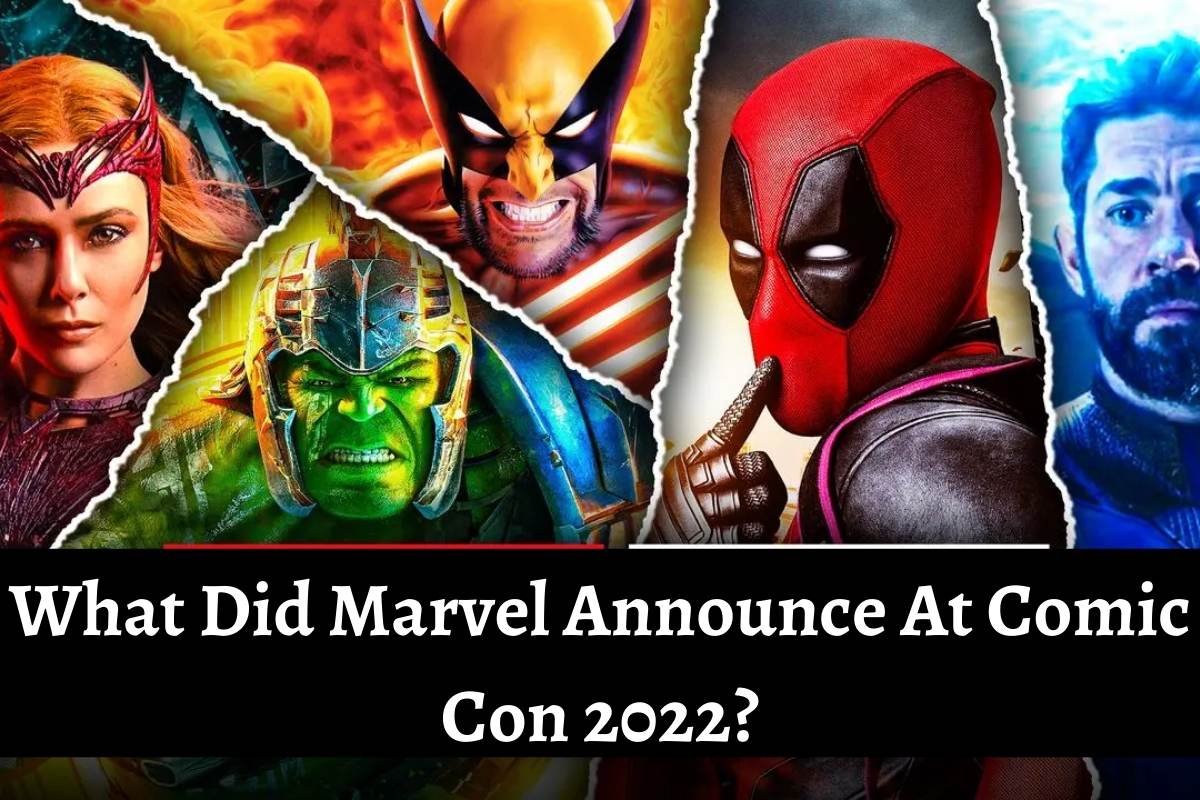 The Comic-Con Saturday night surprised the Marvel fans since it announced information that no one expected to happen. It leveled up the standard of the event with numerous announcements, release dates, and in fact even trailers for some. The fans got an insight into what is about to happen in Marvel until 2025. This is one of the major announcements made by Marvel in recent years. But some recent news that did make the fans gasp is going to blow everyone’s mind. So, what are the announcements made at the Marvel event? We have listed everything below.

Marvel Studios is excited to introduce the crowd to The Multiverse Saga. This entire Marvel Universe will be tying up the fans to the films and series of Phases 4-6.

The biggest announcements of the decade have been given by Marvel. As per the latest update, two new Avengers movies are on the line for release. With the last installment of Avengers, fans thought that they had to bid farewell to their favorite movie franchise but that didn’t happen.

You cannot keep calm because the names of the two Avengers films have been announced.  Ready for the name reveal? It is “Avengers: The Kang Dynasty” and “Avengers: Secret Wars”. The more exciting news is on your way as the release date of the film is also confirmed now. As the announcements were made, “Avengers: The Kang Dynasty” will release on 2nd May 2025 whereas “Avengers: Secret Wars” will drop on 7th November 2025. So, the glorious moments are waiting for Marvel fans.

On the other hand, in spite of the Russo brothers showing interest to stay connected to the “Secret Wars” installment, Kevin Feige confirmed to the deadline that the Russos are “not connected” to the film.

Though late Chadwick Boseman is no longer with us, after honoring the star, Coolger describes that the film “goes to new places in Wakanda we haven’t seen before and new corners of the MCU.” He debuts the first ever trailer of “Wakanda Forever” and takes the audiences to the universe post the death of T’Challa. New characters were introduced and Tenoch Huerta came out to announce the brand new role he is playing as Namor the Submariner. The film is going to release in the theaters on 11th November 2022 and will conclude the MCU’s Phase 4.

The highly-anticipated series of Disney+ “Daredevil: Born Again” will also hit the screens and it will be belonging to Phase 5. Charlie Cox will be back to show his magic.

A series that will release on Disney+ on 17th August 2022, “She-Hulk: Attorney a Law”, the trailer has been dropped in the event. Charlie Cox’s role in “Daredevil” will also be seen in this.

Guardians of the Galaxy Vol.3

This is apparently going to be the third and final movie coming from the “Guardians of the Galaxy” franchise. The main characters will return and it will dive more into the backstory of Bradley Cooper’s Rocket. “He’s got to be the saddest creature in the universe. And that’s what this is partly about.” The film will drop on 5th May 2023.

A post shared by Guardians of the Galaxy (@guardiansofthegalaxy)

Another show that is a Disney+ series will be released in spring 2023, Samuel L. Jackson as well as Cobie Smulders will be leading it. Other famous artists who will be in the series are Olivia Colman, Don Cheadle, Emilia Clarke, and more.

Ant-Man And The Wasp: Quantumania

These are some of the most popular announcements. Apart from that, other announcements have also been made. So, here is the list of shows and release dates.

Let us know which one has caught your interest the most? Stay tuned to our website for more news, Nog Magazine.