Driven by TV advertising and age, hundreds of young Ukrainians are confident that their country will emerge victorious from the conflict with Russia. Therefore, they are looking for ways to help in the war effort, guiding refugees, distributing food and even taking up arms if necessary.

“I am 100% sure that we will win, because the war is in our country. It was the Russians who came to Ukraine, we did not enter their territory. So, the truth is on our side”, said Rostislav, a young man 23 years old, who asked not to have his surname revealed for security reasons.

“Ukrainian soldiers have great motivation and Russians fight for nothing. Our army fights for all the people in Ukraine,” he said. He is a driver and resident of Lviv, the largest city in western Ukraine, which has not yet been affected by the war.

Rostislav said his older brother enlisted in the Ukrainian army shortly after Russian separatists invaded the eastern Donbas region in 2014. young people did the same on that occasion.The military gained prestige in the country and ascended to higher social classes since then.

Ukrainian TV channels do not stop broadcasting news about the war. shows destroyed Russian armored vehicles, destroyed civilian buildings and scenes of Ukrainian soldiers fighting in a haughty and determined manner. Statistics of Russian soldiers and vehicles shot down are also updated daily.

In parallel, the president Volodymyr Zelensky has used social media and TV to summon the population to the war effort. and everyone must help, and whoever wants weapons to defend their country will receive them.

All these elements, added to a patriotism and heroism characteristic of the Slavic peoples, have created a climate of euphoria of war – at least in the west of the country, which has not yet been seriously affected by the fighting.

In some, less common cases, this euphoria borders on immaturity. “The world will take away everything the Russians have. They won’t have Spotify, Netflix, foreign clothing stores,” said another excited young man, who approached me on the street in Lviv and did not identify himself.

They seem to fully trust the statements of the Ukrainian authorities, including the unproven information that says Russian forces have already exhausted about 80% of its capacity in the first days of war.

When asked about the progress of the war, practically any young Ukrainian will say that Russian troops are practically composed of young people from 14 inexperienced years, conscripted by compulsory military service. They will also claim that the Russians are lost and have run out of gas and food along the way. This is what western social networks are showing.

Most of these assertions are part of what is called “information warfare”. No one has verified the Ukrainian government’s information that the Russians are already exhausted. According to the BBC, 80% of the approximately 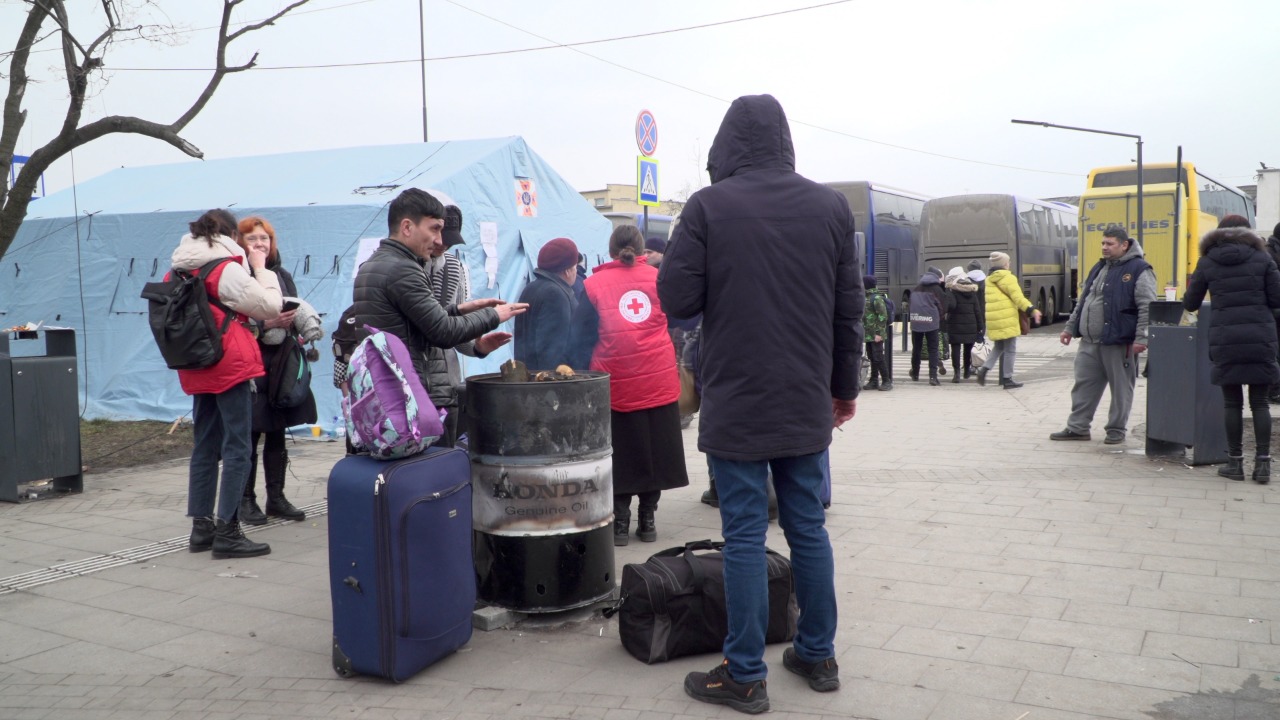 One thousand soldiers mobilized for the invasion are already in Ukrainian territory and there is no information that their logistical supply lines have been interrupted.

The casualty numbers and wrecked vehicles reported by both sides are virtually impossible to check during wartime.

The information that most Russian military personnel are inexperienced youth is probably false. Since 200, Russia has been going through a deep process of modernizing its troops. They are no longer based on conscripts (compulsory military service) and are based on hiring professional military personnel, for the most part.

Military equipment has also undergone a major modernization process, according to data. from the think tank International Institute for Strategic Studies (IISS).

That is, with little more than 10 days of invasion is still too early to make predictions for the outcome of the war. In the Iraq war in 2003, it took the United States about three weeks to enter Baghdad and six days to take it. la.

On the other hand, Western analysts also claim that the invasion would not be going as President Vladimir Putin had planned. A quick and definitive takeover of Kiev has not materialized so far and the scenario seems to point to a long-lasting resistance war.

Propaganda pieces aside, Ukrainian forces have indeed offered a fierce resistance that apparently surprised the Russians.

In short, Putin has a high chance of winning militarily. But in the long run, the conflict could deplete Russia’s finances and make the country an international pariah, without access to external finance and cutting-edge technology. This could be a heavy political defeat for the Russian president.

While the scenario is not defined, thousands of young people, many of them unemployed, have been looking for ways to help. Men are not allowed to leave the country. While some will fight in the territorial defense militias or the Kiev resistance, others volunteer to guide refugees or wander around the city in search of work.

Even those who decide to take up arms, for now, are not sent directly to the front line. They are being used for tasks such as patrolling the countryside or manning roadblocks. But this situation should change when the Battle of Kiev intensifies.

Women assume roles linked to logistics and organization. One of them is Irina, who also only revealed her first name. She said she decided not to leave the country, even though it was just a few kilometers from the border.

“I am a citizen of Lviv and I am very proud of it,” she said. She works as a volunteer in front of Lviv’s train and bus stations, in a support tent maintained by local residents. Irina provides information for travelers, helps prepare buses with refugees for the border, organizes and counts people in the boarding lines and distributes hot tea and coffee.

“People come here scared, disconnected from reality, many do not stop crying. Sometimes the sirens sound (warning of air strikes), but we don’t go to the shelters because there’s a lot of work to do here”, he said.

“I come home at night, watch the news and I start to cry, I feel helpless. Since I can’t help the Ukrainian Army,” she said.

Each in their own way, Irina and Rostislav are examples of the euphoria caused by the beginning of the war – especially in cities that did not experience heavier bombing. They say they have faith that Ukraine will be victorious.

As I say goodbye to Irina, she says: “we need people to pray for Ukraine” and she gives me a hug. Then, when interviewing Rostislav, I ask a question before saying goodbye: “You know that this story about Russian forces being exhausted is propaganda, don’t you?”

The answer: “Yes, I know , but if we don’t believe that, everyone will be desperate, especially the older ones.”