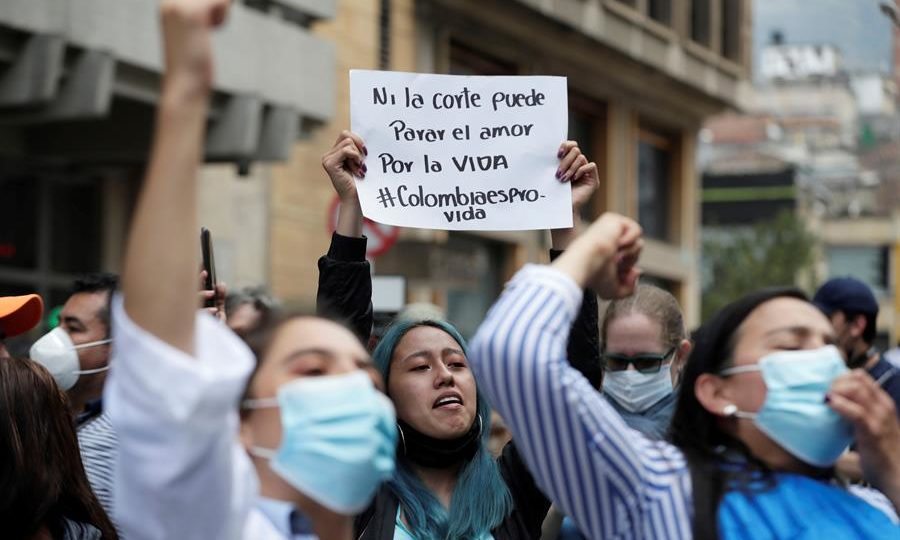 Your Reading indicates how much you are informed about a given subject according to the depth and contextualization of the contents you read. Our team of editors credits 20,

or 100 points for each content – those who help the most in understanding the country’s moment receive more points. Over time, this score is reduced, as newer content tends to be more relevant in understanding the news. Thus, your score in this system is dynamic: it increases when you read and decreases when you stop being informed. At the moment the score is being made only in content related to the federal government.

Protesters participate in a protest against the decriminalization of abortion, in front of the Constitutional Court of Colombia, in Bogotá, 17 from November| Photo: EFE/ Carlos Ortega

The judges of the Constitutional Court of Colombia voted this Thursday to remove the crime of abortion from the Penal Code and the decision ended in a tie, which is why another judge will soon have to decide whether or not the procedure should be decriminalized.

Now, the Full Room will have to choose the person who will decide the tiebreaker by lot among the judges designated in the Constitutional Court. The decision may be extended for an indefinite period.

Abortion in Colombia is currently only allowed in three cases: when there is a risk to the health or life of the mother; when it results from rape or incest; or if the fetus has a severe malformation. In other cases, the procedure is punishable by up to four and a half years in prison.

The Constitutional Court analyzes two processes to remove abortion as a crime from the Penal Code and decriminalize it.

However, the issue was postponed in November last year , when, two days before the deadline for the judges to reach a decision, one of them, Alejandro Linares, asked to be barred on grounds of possible impartiality after having made a statement to a media outlet.

By registering for our newsletters, you agree to our Terms of Use and Privacy Policy, including receiving content and promotions from Gazeta do Povo. Unsubscribing can be done at any time at this link.