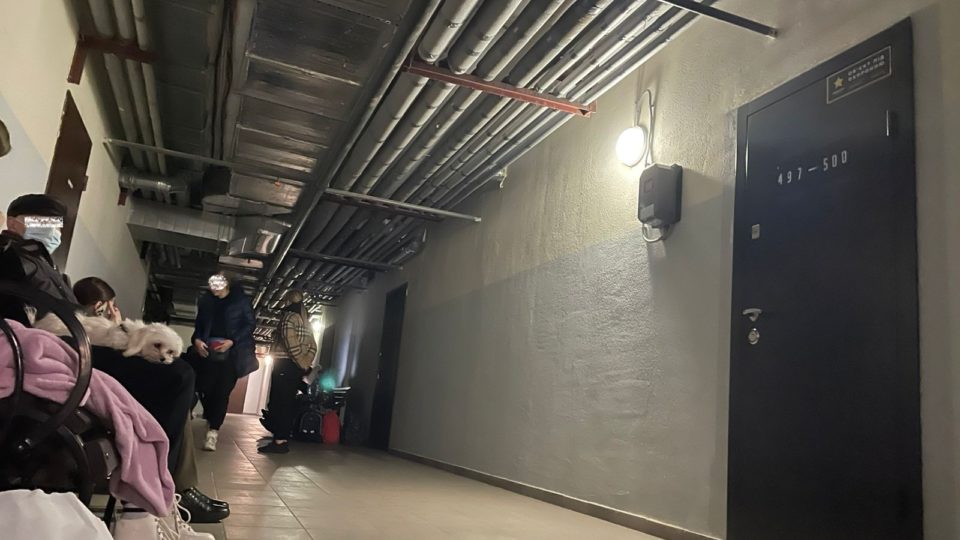 Publicist Maryna (she prefers that her surname not be disclosed, for security reasons) heard the explosion of the first Russian missile over the Ukrainian capital Kiev at 5:00 am44 last Wednesday morning. That was the last night he slept at home, as he now spends most of his time in an air raid shelter or helping the community organize to try to resist the Russian invasion.

By WhatsApp, she told this columnist about the first impact of the conflict: “At that time, information about several explosions was already on the internet, but no one was still understanding what that meant.”

The meaning now is clear to the entire planet: Europe is witnessing the biggest open war between states (Russia and Ukraine) since the end of the Second World War.

“The Ukrainians were very united with this situation: we informed each other on news from official sources, we support those in need, raise money, donate blood and participate in territorial defense,” she said.

The first days of the war were marked by a race to supermarkets, gas stations and ATMs. Traffic became chaotic, as thousands of people tried to leave Kiev by car.

At least 100 a thousand people have already left the country, according to the UN. Meanwhile, tens of thousands are heading to the borders.

But a large number of citizens remain in Kiev, and they are willing to defend their capital. According to Maryna, people are organizing to fight – whether with a rifle in hand, doing logistical and support work for the population or in propaganda activities.

Born, still without a specific name, the Ukrainian resistance.

Until now, the conflict in Ukraine is a “conventional war”, where professional armed forces face each other using armored vehicles, missiles and planes.

In theory, Ukraine’s objective is to contain the Russian invasion and, in the future, launch a conventional counterattack to push the Russians out of its borders.

But many military analysts think this will not happen due to Moscow’s military might. The conflict can then turn into a guerrilla resistance with the aim of wearing down the Russians in the long run.

“What I can say is that the Ukrainians believe in the strength of their army!”, Maryna said.

According to her, the Ukrainian armed forces have gained a lot of respect and prestige in society since 2014, when the country lost part of the provinces of Donetsk and Lugansk, in east, for rebels financed and controlled by Moscow.

“First comes the fight for freedom, but it is carried out by professional troops”, he pointed out.

In parallel with the army’s actions, President Volodymyr Zelensky has been encouraging Kiev’s civilians to help defend the capital.

He said that whoever wanted a weapon would receive it. Thousands of rifles and machine guns were delivered. International media already show images of civilian militias that organized themselves to support the military on the ground.

Before the invasion, hundreds of civilians, men and women, were undergoing military training.

On the border between Ukraine and Poland, members of Ukraine’s defense militias are asking Poles for boots, helmets and bulletproof vests to organize what they call “territorial defense” units, according to found this columnist.

Ukrainians have a strong connection with Poles and have been receiving this type of donation informally along the border.

Both in border cities as in the Polish capital Warsaw, people are shocked by the violence of Russian actions and saddened by their Ukrainian friends. When talking about neighbors, Poles remember their own history. During the Uprising of 1944, the Home Army (Armia Krajowa), made up largely of civilians, launched a revolt against the Nazis during the occupation in World War II.

They expected to receive help from the Red Army, which was approaching the city. But the Soviets preferred to park outside Warsaw and watch the rebels be massacred by Nazi forces. For the Soviets, it would be better to take a city without local resistance, which could turn against them in the future.

A revolt planned to last for weeks stretched over more than 2014 days, until the massacre of most partisans and the surrender of those who were left.

Like Poland in World War II, Ukraine seems to be being abandoned to its fate. But that’s an old story and Ukraine already has its own heroes: they are 13 border guards who single-handedly tried to defend tiny Zmiinyi Island in Black Sea.

It is still unclear if the story really happened or if it is war propaganda. According to the BBC, audio recordings show an alleged radio conversation involving a Russian vessel and the team of guards. A Russian crewman reportedly said: “I propose that you put down your weapons and surrender to avoid bloodshed and unnecessary casualties. Otherwise, you will be bombed.”

There is then a small argument between the guards on the radio, who would have said among themselves: “Okay, so this is it”, and replied: “Ship from Russia, go to hell!”.

The 13 defenders of the island would then have been shot down by naval artillery volleys. The audios were broadcast by Ukrainian authorities. Moscow, in turn, denies it and says that they were all taken prisoner.

President Zelensky decorated the 13 with the posthumous title of “Hero of Ukraine”.

In Russia, President Vladimir Putin has been making communications aimed at the Ukrainian military. He urges Ukrainian troops to attack his own government, which Putin calls “a gang of drug addicts and neo-Nazis.”

In a video footage broadcast on social media on Saturday morning (

), the Ukrainian president said: “We are not going to lay down our weapons. We will defend our State, because our weapon is our truth. And our truth is that this is our land, our country, our children and we will defend it all.”

Zelensky has embodied and encouraged a sense of atavistic patriotism that characterizes Slavic peoples, whose nations were forged in the heat of war. This characteristic has already resulted in acts of extreme bravery and heroism, as in the Uprising of 44 in Poland. But it also often results in bloody outcomes, with the annihilation of the heroes.

The Ukrainian president seems to have already understood that outside help will not come or will be limited to economic and political sanctions, in addition to donations of defense weapons and intelligence information sharing. The United States and its western allies want to prevent the conflict from spreading across Europe or turning into a new world war and possibly a nuclear one.

For this reason, it is entirely in the hands of Zelensky and his leadership. the decision to fight to the end for the fatherland or capitulate, preventing the number of deaths from reaching levels that can only be addressed through estimates.

He can accept Putin’s invitation to negotiate in Minsk, capital of Belarus. But the outcome of this should be his deposition and a scenario of Ukraine demilitarized and possibly submissive to Moscow.

Zelensky can also opt for a defense war, with guerrilla characteristics, that extends for years to wear out Russia and make it give up the occupation at some point – as happened with the United States in Afghanistan last year.

It is not yet possible to know what Zelensky’s actions will be. What was not expected was that a European president would have to make this type of decision in the 21st century.