Itachi Uchiha nearly exterminated his clan, the Uchiha, to prevent a coup against the Hidden Leaf. Itachi slaughtered his whole tribe, save for his younger brother Sasuke. At the moment, there are just three people in the clan. This article lists the top ten most powerful Uchiha in history.

Naruto and Boruto’s universes are enormous, with rich backstories and mythologies. Neither series’ family tree can compare to the Uchiha’s in terms of depth of exposition and exploration. Those who follow Naruto have witnessed the growth and collapse of the Uchiha clan firsthand. The program has featured several members of the line and the family’s wealth and prominence have given them significant sway over the tides of ninja politics. With this in mind, we’ve added five more Uchiha to the list after doing some more study on the Uchiha.

Mikoto Uchiha’s skills are mainly unknown. Besides being Fugaku’s wife, she is also the mother of Sasuke and Itachi. The fact that she married into the family makes it highly improbable that she possessed the Sharingan, but this is never stated outright. She was a jonin before marrying Fugaku and taught Sasuke how to use shurikens. She met the same fate as the rest of her family at the hands of Itachi, who had been given the task of wiping out the Uchiha.

During the Second Hokage’s rule, Setsuna served in the Konoha Military Police Force. Given that he had his Sharingan awakened, he was probably more strongly than the typical shinobi or at least the faceless shinobi used as cannon fodder. Even though he planned to help the Uchiha Clan seize control of Konoha and overthrow Tobirama Senju, he died before he could see his intentions come to reality.

Tekka (in the middle), Yashiro (on the left) and Inaba (on the right) were all members of the Konoha Military Police who questioned Itachi regarding Shisui Uchiha’s suicide. They had a hunch that Itachi was up to no good and they met their deaths the night Itachi exterminated the clan. In addition, the three of them had each reawakened their Sharingan. In Itachi Shinden: Book of Dark Night, Tekka is the only one of the three who notices that something is wrong with the Uchihas when Itachi murders them. Before being slain by Itachi, Tekka nearly caught him in a genjutsu.

When the First Great Shinobi War broke out, Kagami Uchiha, a jonin, served under the command of the Second Hokage. He was pals with Hiruzen Sarutobi and Danzo Shimura and had a reputation as a competent ninja. He was reportedly adept with the Sharingan and a good tactician. Beyond the fact that he died and Shisui Uchiha is a descendant

In the Uchiha family, Sarada Uchiha is Sasuke and Sakura’s daughter. She appears in the Boruto: Naruto Next Generations manga and anime. Sarada inherited her father’s intelligence and strength, making her a formidable opponent for any genin. After seeing her dad, Sarada woke up her Sharingan early. Sarada’s exceptional mastery of her chakras enables her to tap into the power of Chakra Enhanced Strength.

This skill calls for exceptional mastery of the chakra energy. Sarada wants to be the Hokage like Sasuke’s adversary, Naruto Uzumaki. Up to this point, her plan seems to be working out well and she is heading in the correct direction.

If you are looking for some more games, here we have mentioned the top Games of all time- Disney Remastering Gargoyles and  Zenless Zone Zero.

Before the tragedy, Fugaku Uchiha was the head of the Uchiha Clan. He’s the pops for the Uchiha boys, Itachi and Sasuke. Fugaku was widely regarded as a formidable shinobi and a potential successor to the Hokage.

Unfortunately, Minato was picked over him. As the head of the Uchiha Clan, Fugaku plotted a coup d’etat with his other family members. Fugaku planned on using the Nine-Tails to do away with the Hidden Leaf. He knew that the might of his Sharingan would allow him to subdue the Nine-Tails. Itachi, however, was compelled to eliminate every single member of the Uchiha clan. Thus that could never happen.

Sasuke Uchiha’s wife, Sakura. The once-annoying Sakura has developed into a formidable kunoichi who can always be counted on. Sakura used to be a part of Team 7 back in the day. Sakura has mastered the Hundred Seal Strength technique.

Because of the extra chakra provided by the Hundred Seal Strength, Sakura’s attacks became much more potent. During the Fourth Great Ninja War, she also showed a mastery of Katsuyu. Sakura could call upon Katsuyu and fully utilize her skills because of this. To put it simply, Sakura is a brilliant ninja doctor. By working with Tsunade, she was able to enhance her abilities significantly.

Itachi counted Shisui as a close buddy. Regarding the Hidden Leaf’s success, he was one of the few Uchiha who truly cared. The name “Shisui of the Body Flicker” became synonymous with Shisui Uchiha. From Danzo’s perspective, Shisui was the most powerful Uchiha alive.

Shisui also reawakened the Mangekyou Sharingan. He was able to employ Kotoamatsukami because of it. Aside from Infinite Tsukuyomi, Kotoamatsukami is often regarded as the most potent genjutsu. By using this skill, Shisui could infiltrate his target’s mind and exert influence on him without his knowledge.

Shin Uchiha is not a member of the Uchiha family because of his birth or marriage. He was an experiment of Orochimaru’s that went awry. Like Danzo, Shin was bestowed with several Sharingan Eyes and was ultimately successful in reawakening his Mangekyo.

In Boruto, Naruto Uzumaki and Sasuke Uchiha confront him after learning about his plans to revive the Akatsuki. He made a valiant effort against two of the most powerful shinobi in history. His ability to control and weaponize metal from a distance was genuinely remarkable. In the end, his clones rebelled against him and killed him.

Without question, Itachi Uchiha is the most well-known Uchiha clan in the Naruto series. He was a natural-born genius and he did well in every endeavor. Legend has it that even as a little boy, Itachi possessed the wisdom of a Kage. To save his little brother, Itachi was compelled to commit genocide against his entire clan. Itachi Uchiha had access to Amaterasu and Tsukuyomi since he held the Mangekyou Sharingan.

The Uchiha clan can trace their origins back to Indra Otsutsuki. This man was Hagoromo Otsutsuki’s eldest son. It all went downhill for Hagoromo after he named Asura his heir instead of Indra. Black Zetsu pushed Indra to the brink of insanity through his manipulation.

Indra and Asura fought, but Indra ultimately lost. Indra was an intellectual genius with a superior IQ. It was clear that Indra inherited his father’s keen eye. He was able to employ the Sharingan he possessed masterfully. When the Mangekyou Sharingan was first awoken, it was by Indra.

Throughout the entire series, Obito Uchiha served as the primary adversary. Black Zetsu and Madara used him like a puppet. With the help of Kabuto Yakushi, Obito initiated the Fourth Great Ninja War. By channeling the Rinnegan, Obito became the Ten-Tails’ jinchuriki. 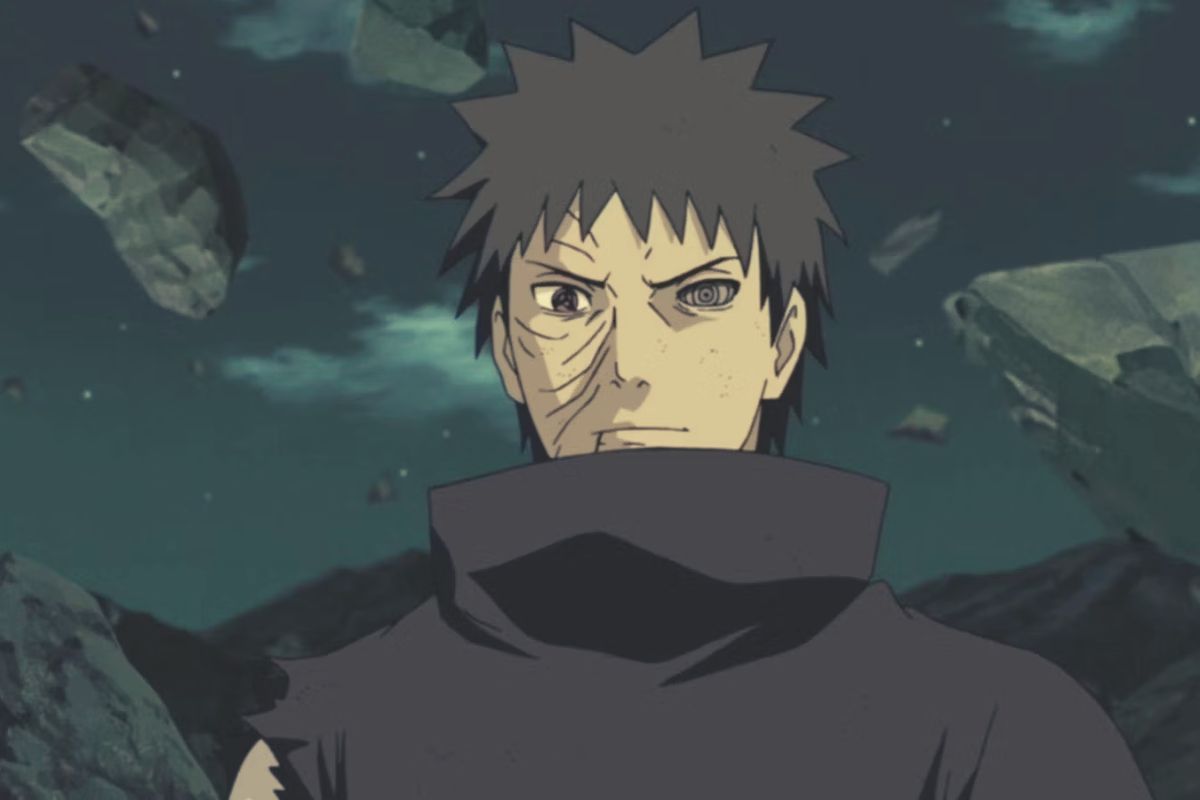 He could now use the truth-seeking balls and the Six Paths Senjutsu technique. However, Obito could not fully unleash Rinnegan’s might, ultimately leading to his defeat. When Kaguya finally made an appearance, Obito was there to help Team 7 take her down.

Madara Uchiha led the Uchiha family during the time of the Warring States. He was Hashirama Senju’s opponent and they fought to the death. When they were both living, Madara never managed to defeat Hashirama.

Madara took Hashirama’s cells and awoke the Rinnegan. Just before he passed away, he gave Nagato the Rinnegan. In the Fourth Great Ninja War, he was brought back to life. He regained control of the Rinnegan and became the Ten-Tails’ jinchuriki. He was able to recover from even being cut in half, suggesting a remarkable rate of regeneration.

Sasuke Uchiha has come out on top. After the murder of the Uchiha Clan, he was the last one left alive. Sasuke was up resentful of his older brother because he blamed him for the deaths of their parents and siblings.

It is generally agreed that Sasuke is the only shinobi who can compete with Naruto in a fight at this time. Over the years, he has amassed considerable influence. Sasuke is armed with not just the Rinnegan but also the Eternal Mangekyou Sharingan. He can use Space-Time Ninjutsu and all of the Six Paths Techniques now that he has the Rinnegan. Sasuke may also use Susano’o to transform his entire body.