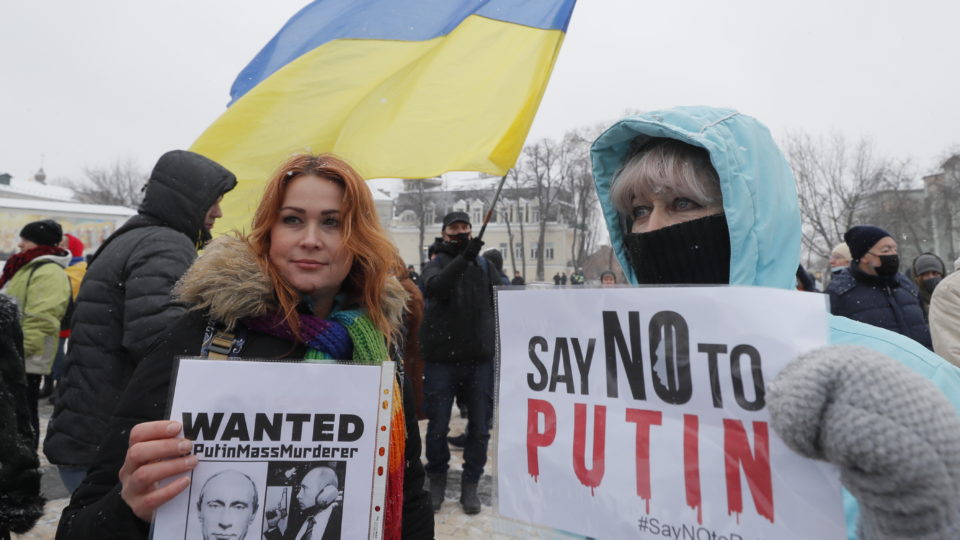 Since the North Atlantic Treaty Organization (NATO) was created in 1949, it has gone through moments of greater and lesser cohesion among its members. Usually, disagreements within the alliance were between continental European states, especially France, on the one hand, and the US and UK on the other. The current crisis involving Russia, Ukraine and the alliance shows, once again, how NATO members do not face similar challenges, in a tangle of interests.

Last Saturday, the former commander of the German Navy , Vice Admiral Kay-Achim Schönbach, resigned after being pressured over statements he made in a lecture. He stated that Russian President Vladimir Putin only wants, and deserves, respect and equal treatment by the US. Mainly, it stated that, realistically, the Crimean peninsula will “never return” to Ukrainian control after Russian annexation in 2014.

Both the German press and the Ukrainian government charged the new German government, Olaf Scholz, on the statements. The admiral spoke publicly, stating that those comments were his personal and did not reflect the position of either the government or the German armed forces. He apologized and presented his resignation, in what was yet another disagreement between Germany and Ukraine. The Ukrainian government has complained, more than once, about the fact that Germany vetoes third countries from exporting German weapons to Ukraine.

The most recent column here in our space, by the way, was about this arms “triangulation”. While countries like the US, UK and Lithuania are concerting efforts to send weapons to Ukraine, Germany is following another pace. The German justification for the veto is that its law, motivated by the country’s history, prohibits the export of weapons to places of “active crisis”. Ukrainian politicians point out that this would be hypocrisy, as Germany is a major arms exporter.

The issue, however, is another . Each NATO member will have different realities and interests from the others. For example, in a broader, quasi-cultural sphere, the threat of war would be far more destructive, with far more recent memories, in continental Europe than in the insular UK or North America. The main battleground, the flow of refugees, the physical destruction, all this would be on a larger scale in continental Europe.

In more specific points, for example, the relations between Germany and the Russia are very different from those between the US and Russia, or the UK and Russia. The flow of trade and investments, the legacy of the German division, the political ties built in other spheres, all this makes German politics have sectors that defend a policy of greater confrontation with Russia, as well as Russophile sectors. Not to mention the possible hidden interests of undercover lobbyists and the presence of foreign intelligence agents.

The biggest example of this relationship is the Nord Stream-2 gas pipeline, which transports Russian natural gas through the Baltic directly to the Germany, bypassing the countries of Eastern Europe and enabling trade in greater quantities and at lower prices. It is in Russia’s interest to sell the gas to Germany and it is in Germany’s interest to buy that gas. Relationships are not that simple. On the last day 13 of January, the US Senate barred sanctions against the pipeline, especially with the vote of Democrats, in an example of the “tangle of interests” cited. .

The Democratic government Biden authorizes the shipment of weapons to Ukraine and puts pressure on Russia, and its Secretary of State, Anthony Blinken, defends sanctions against the gas pipeline. On the other hand, the same government, and its politicians in the Senate, are pressured by the allied government of Germany to reject this possibility. With 55 favorable votes, the sanctions did not obtain the necessary 60 votes, and did not pass. If it passed, the discussion would be an eventual veto by the White House.

Perhaps the freshest example in memory of the lack of cohesion in NATO is the US invasion of Iraq in 2003. Two years earlier, NATO, in concert and with the authorization of the UN Security Council, intervened in Taliban-dominated Afghanistan. The invasion of Iraq had no support from France and Germany. The French even did not authorize the operation in the same UNSC. A small wave of supposed “anti-France” patriotism gathered steam at the time, with even establishments rebranding French fries as “liberty fries”.

The United Kingdom, in turn, not only supported the invasion, but also actively participated. The height of the differences between France and NATO was in the de Gaulle period, but, on the last day 19, French President Emmanuel Macron defended an “own dialogue” by the European Union. with Russia. “I think it is good that there is coordination between Europe and the US, but it is vital that Europe has its own dialogue with Russia (…) we need in Europe to collectively define our own requirements and ensure that they are respected, and we need to be in position to make it happen.”

The most recent chapter of this difference in views took place on the last day 23. While the US and UK announced they were removing family members of diplomats and non-essential officials from Ukraine, European diplomacy chief Josep Borrell stated that the EU would not follow these procedures just yet, and that there was no need to “dramatize” the situation. while conversations continue. Even the Ukrainian government called these withdrawals “premature and excessive”.

While Germany has more ties to Russia and France wants a Europe less dependent on the US in security matters, the current government Boris Johnson’s Brit has escalated his rhetoric towards Ukraine perhaps motivated by domestic issues. Part of parliament, conservatives and public opinion want Boris Johnson to step down. Getting an outside distraction is quite convenient. To the point that British intelligence released, last weekend, a very confusing report.

According to the publication, the Russian desire is to interfere politically in Ukraine and put a government led by an eventual president pro -Russia, even a possible Russian agent. All very plausible, but, in substance, the report offers little, if not contradictory. For example, of the possible names in being this pro-Moscow leader is the former Ukrainian parliamentarian Yevhen Murayev. That he is considered a criminal in Russia and wanted by the authorities, in addition to having his assets frozen.

To illustrate, another example is the fact that, while the governments of Poland, a member of NATO, and Ukraine hold similar positions when it comes to Russia, the two do not have the most friendly relations. Another example is that, at the end of 2018, we spoke here in our space of European military integration, independent of NATO, a process. The column could pore for pages into the small contradictions of this tangle of relationships.

Still, it is important to make one thing clear. When talking about these complex relationships, one often falls into the reductionism of “Russia divided the West”, a simplistic view that even risks giving Moscow more credit than it deserves. In fact, they are about dozens of countries with diverse economic, political and historical relationships, with many issues inherited from the creation of these national states, and a reality in which not only the will of Washington will prevail.