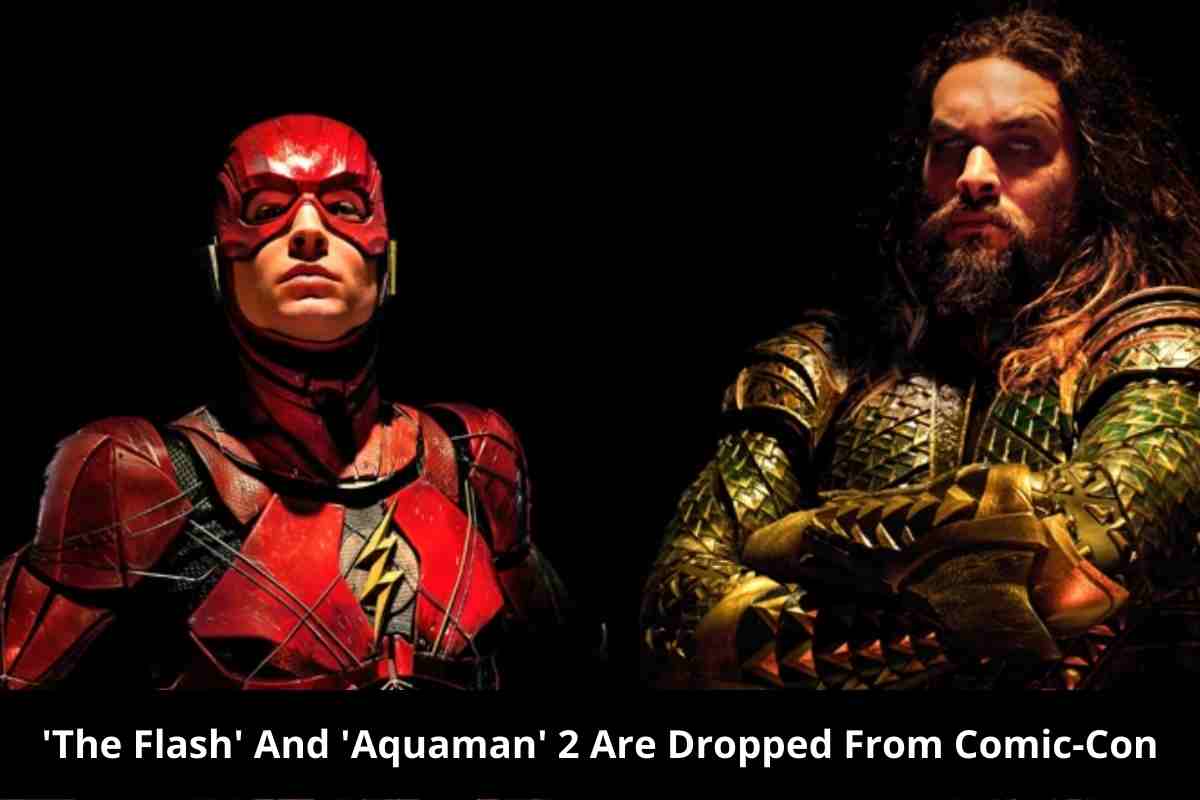 The official Warner Bros. Discovery press release about its Comic-Con plans makes no mention of the WB or DC films, as noted in THR’s report on how CEO David Zaslav is changing the company’s approach to Comic-Con. It’s worth mentioning that plans for the WB and DC film division at SDCC “are still being hashed out.”

THR has Black Adam, Shazam!, and the DC League of Super-Pets! Dwayne Johnson’s participation in Fury of the Gods would be hard to imagine, but movies opening in 2023 will not have panels. This includes Aquaman and the Lost Kingdom (March 17th, 2023), The Flash (June 23rd, 2023), and Blue Beetle (August 18, 2023). It is said that the release dates of these films are “too far out for any panel to have a meaningful impact”.

Black Adam And Dwayne Johnson Could Be At Comic-Con

It’s strange since all of the movies have already wrapped production, and they could easily release a trailer in some way if they wanted to. Does this suggest that the cast of the 2023 films is not going to be brought to Comic-Con? 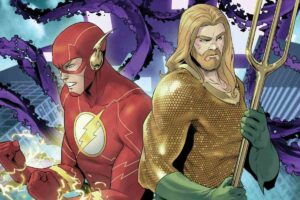 WB did advertise their DC slate at CineEurope and CinemaCon, so once again, it’s possible that we’ll still receive a whole number of trailers but nothing from the individual cast members. The San Diego Comic-Con will take place from July 21-25.

It’s learned that The Flash and Aquaman 2 will not be a part of next month’s big San Diego Comic-Con convention which includes Warner Bros. Discovery deciding to drop DC Comics from the convention floor.

Changes Made By Warner Bros. Discovery For The San Diego Comic-Con

The big changes that have been brought about by David Zaslav for the San Diego Comic-Con include removing Warner Bros. and DC Comics from the floor of the convention. In previous years, these two companies had a significant presence on the floor of the convention, where they displayed movies, comic books, creators, and other things. On the court, DC will most certainly be absent in our thoughts.

RIVERDALE will be the only CW show that has a presence at Sam Diego Comic-Con this year.

Superman and Lois, The Flash, Stargirl and the rest of the network’s line-up will not be partaking. #SDCC pic.twitter.com/kp7hfDJ5s0

It is strange that Warner Bros. Discovery’s official press release regarding its Comic-Con plans did not include any plans for the DC films. Instead, it stated that plans are still in the process of being worked out. However, it has been reported that The Flash and Aquaman 2 will not be a part of Comic-Con next month. Instead, only the 2022 releases, such as DC League of Super-Pets, Black Adam, and Shazam!, might be. Avenging the wrath of the gods, Therefore, there will be no appearances by Blue Beetle or Batgirl.

Panels ranging from “Game of Thrones: House of the Dragon” to “video games including Gotham Knights and MultiVersus” and “DC Comics panels with Jim Lee to Sandman, Green Lantern, and more” are among the things that Warner Bros. Discovery does have planned for Comic-Con.

Amber Heard testifies at Johnny Depp’s trial that she no longer has a DC contract, after Monday’s edited scene. Amber Heard testified Tuesday that she’s out of her Aquaman 2 contract. She stated, “They liberated me from my contract and I battled to remain.” She’s also not sure how much she’s in Aquaman 2.

Because of the controversy that has surrounded Ezra Miller, the main actor on The Flash, the show is now in a state of limbo. The actor from the DC Extended Universe has been arrested many times in Hawaii this year on counts of assault in the second degree.

Miller replied to his legal difficulties in an unusual manner by posting memes on his Instagram account, but the actor quickly removed these photographs when they caused more controversy. The debate continued even beyond this point.

In spite of this, a rumor said that Warner Bros. is going to end their working relationship with Miller after the release of The Flash in the following year. As a direct consequence of this, DC fans went on to suggest potential successors for the actor, and the list included names such as Grant Gustin (CW’s The Flash), Dylan O’Brien (Maze Runner), Dacre Montgomery (Stranger Things), and Austin Butler (Elvis).

This was all for ‘The Flash’ and ‘Aquaman’ 2 expel from Comic-Con, We hope you found our content informative. For more such information visit nogmagazine.com