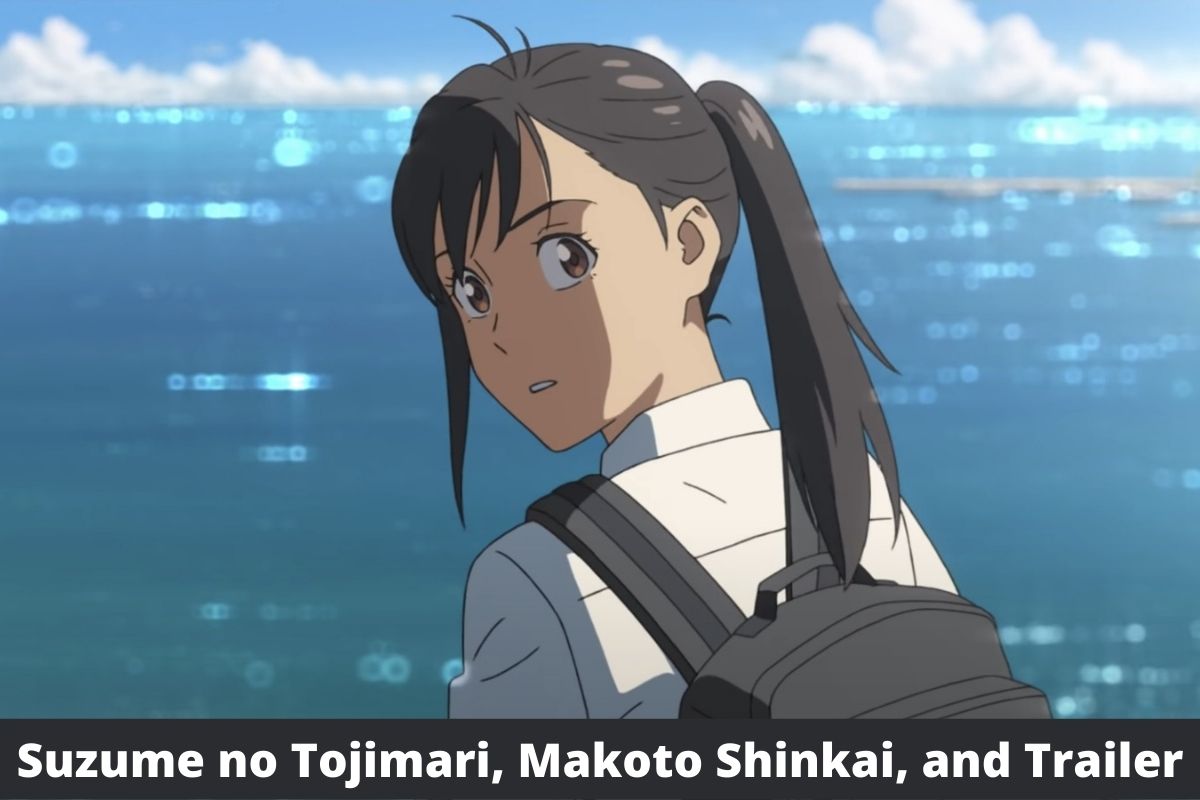 This will be the first film the director has made in three years. In 2019, he made Weathering With You, which he thought was an extension of his most popular and critically acclaimed film, Your Name, which he thought was good. Like his 2016 fantasy romance, Suzume no Tojimari is about a teenager who has to deal with supernatural things.

Young man: Suzume is 17 years old, and he tells her about the magical door in Kyushu. Suzume finds this one old door in a field of abandoned and decaying buildings. At this time, strange doors start to appear around Japan, causing chaos for everyone and everything in their path. Suzume is drawn to this door, and when she opens it, her journey starts.

The key art that was shown off shows the heroine in front of the door with a small wooden chair in her hand. When someone is leaving home, a common Japanese phrase is “Ittekimasu,” which means “See you later,” or “Goodbye.” This tagline is on the right-hand side. Usually, someone who stays at home says “Itterasshai.” Suzume is on her own in this case, so there doesn’t seem to be anyone else who will say “goodbye.”

A 17-year-old Japanese girl named Suzume, who lives in a small village in the Kyushu area of southwestern Japan, is the subject of the film. Suzume encounters a young man who is looking for a “door” at the start of the story. The two of them walk together and come across an ancient door in an abandoned house in the highlands, which they repair. In an apparent response to something pulling her, Suzume extends her hand towards the door and is drawn in.

“Doors of Disaster” begin to appear around Japan, marking the beginning of a string of tragic tragedies that would continue for years. The movie will premiere on Crunchyroll. In the film, Suzume embarks on a voyage through Japan, where she must close and lock each of the “Doors of Disaster” one by one in order to stop the disasters. She also goes on an adventure and battle in the modern world, in quest of her own maturity and freedom.

When Shinkai joined Nihon Falcom in 1996, he was working as a video game animator. With the release of the original video animation (OVA) She and Her Cat, he acquired prominence as a filmmaker (1999). Shinkai began his long-standing connection with CoMix Wave Films with the release of the science-fiction anime series Voices of a Distant Star in 2002, which was followed by his feature film debut, The Place Promised in Our Early Days, in 2003. (2004).

Children Who Chase Lost Voices (2011) and The Garden of Words (2012), both of which are dramas, were both critically acclaimed when they were released. Shinkai’s second feature film, the romantic drama anthology 5 Centimeters per Second (2007), was also well-received (2013). Shinkai’s fantasy romance film from 2016 Upon its release, Your Name became the third highest-grossing anime film of all time, garnering critical and financial acclaim. His most recent picture, Weathering with You, was met with comparable critical and financial acclaim and success.

Suzume no Tojimari (Suzume’s Door-Locking in English) is the title of Makoto Shinkai’s upcoming film, which has just received new key art and a release date in Japan. It has been scheduled for November 11, 2022, in Japan, for the film’s theatrical debut.

In the meantime, check out the trailer below: