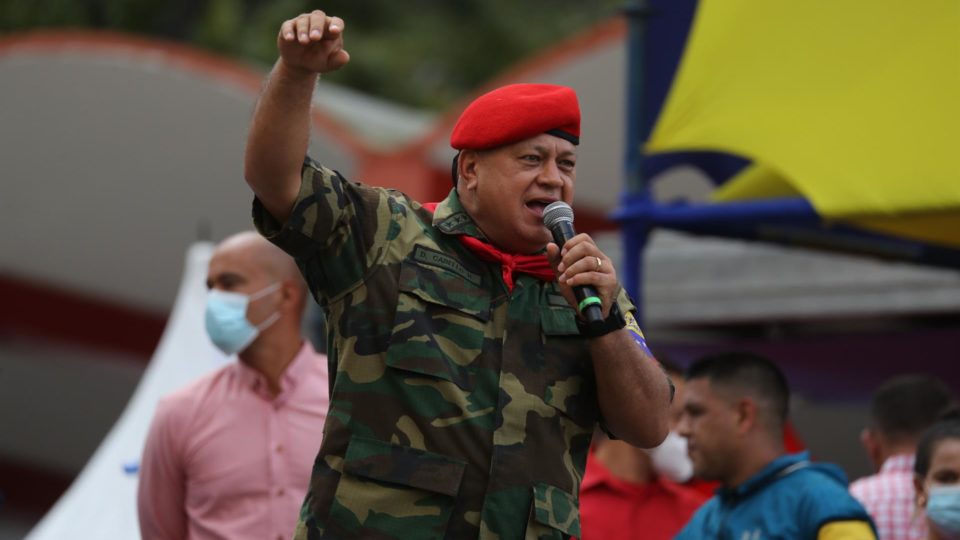 According to the survey, 29% of people attacked in a television program presented by Chavista leader Diosdado Cabello were arrested| Photo: EFE/Miguel Gutiérrez

Amnesty International and two human rights organizations in Caracas, Foro Penal and Centro para los Defensores y la Justicia (CDJ), released this Thursday ( ) a survey that points out that arbitrary arrests in Venezuela are being based on coordinated attacks and campaigns of public stigmatization conveyed by the media supporting the dictator Nicolás Maduro.

2022 )According to Erika Guevara-Rosas, Americas director at Amnesty International, this correlation is “a new indicator of a systematic policy of repression” and may constitute a crime against humanity of persecution, to be investigated by the international justice system.

2022 The study covered records between January of 2019 and June of 2022. The survey revealed that % of people who were victims of attacks in the pro-Maduro media were arbitrarily arrested for political reasons in 2019, an index that inincreased to 42% and in the first half of 2022 reached 77%.

2022“From the highest levels of the State, the system was designed to discredit, accuse, threaten and target those who defend, promote and demand respect for human rights, through public statements, the media and social networks. personal, institutional and personal”, commented Marianna Romero, director general of the CDJ.

“This research clearly shows how this stigmatization is based on the logic that there is an enemy withinand results in manifestations of acts of violence and persecution by the State”, he added.

The authors of the study ask that the prosecution of the International Criminal Court investigate these cases within the process opened in the court against Venezuela last year for crimes against humanity.