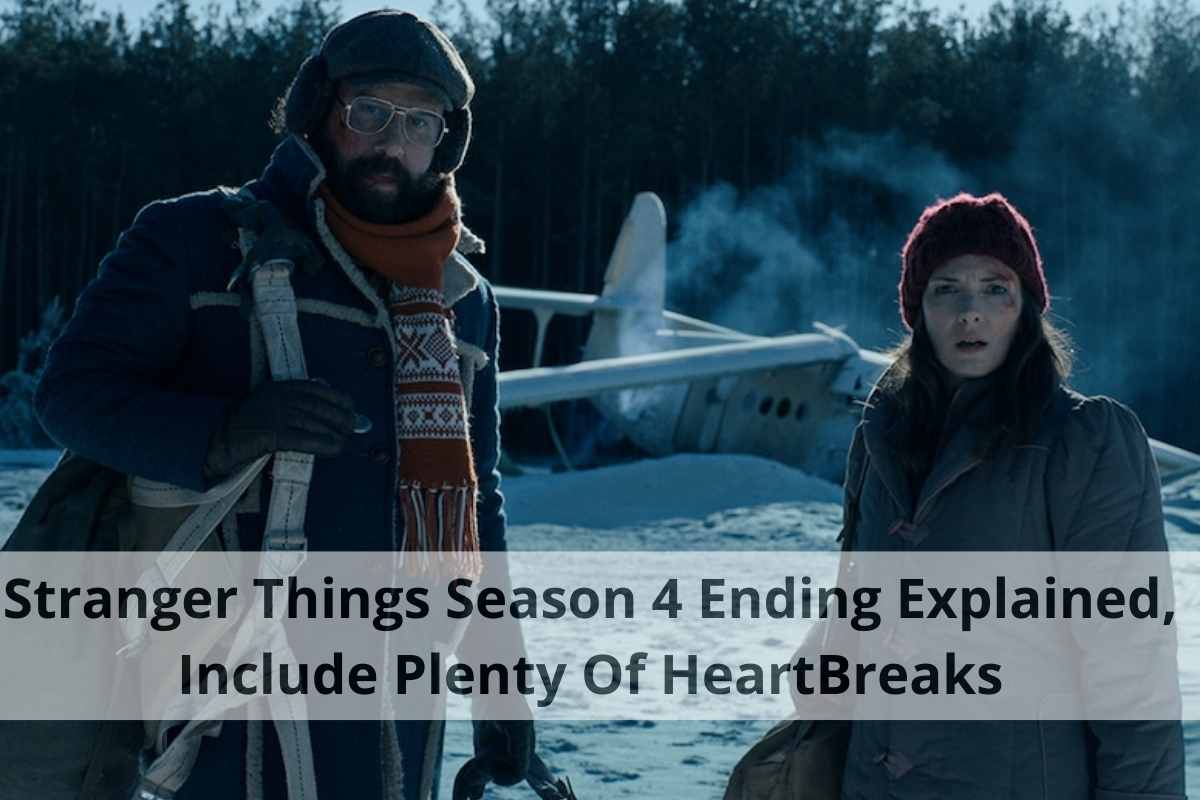 Even though it was just a month, the wait seemed like an eternity to a lot of the fans. Part 2 of season 4 of Stranger Things has one episode that is 90 minutes long, and the finale is a 2.5-hour episode that, to be honest, seems like it goes by in a flash despite its length. Both episodes are available online as of this past weekend.

The conclusion of the fourth season of Stranger Things was met with a lot of anticipation. When Netflix divides the penultimate season of its greatest success into two parts, raises its production budget to what is effectively “unlimited,” and then spends more than a full month teasing up the grand denouement that is to come, that is sure to happen.

There was a lot of content packed into the two episodes that are included in volume 2 of the fourth season of Stranger Things. To the relief of the audience, the majority of those almost four hours of television are enjoyable.(Stranger Things Season 4 ending explained below)

This easily might have been the series concluding with a few adjustments, but we still have one more full season of the program to go, and we are crossing our fingers that it will come on schedule this time without any type of delays that are caused by a pandemic.

“The Piggyback,” the ninth and final episode of Stranger Things Season 4, is an intense and satisfying conclusion to the series. However, in contrast to the finishes of previous seasons, this one ends without answering all of the problems that have been raised. Since there is still one more season to go, “The Piggyback” makes sure that it is laying the groundwork for the final act of Stranger Things while still bringing this one to a close.

Regarding the conclusion(Stranger Things Season 4 ending explained), it has garnered pretty much unanimous appreciation from fans, making it a wonderful capstone for what is undoubtedly the strongest season of the series up to this point. What were the most important parts? Where did everyone finally congregate? Let’s dissect the conclusion of Stranger Things season 4 and discuss what it can potentially imply for the forthcoming fifth and final season of the show.

What Was Will’s Painting?

It’s worth noting that the Stranger Things season 4 finale has a riddle solved in episode 8 before we get into the meat (yuck) of the finale. That Will has been working on something special for his friend Mike, a painting, has been made clear. Even though he has a crush on his closest buddy, Will is clearly dealing with the fact that he’s homosexual and has feelings for him. The picture and Will’s disclosure of his infatuation, therefore, must be connected somehow. As it turns out, they’re not quite. 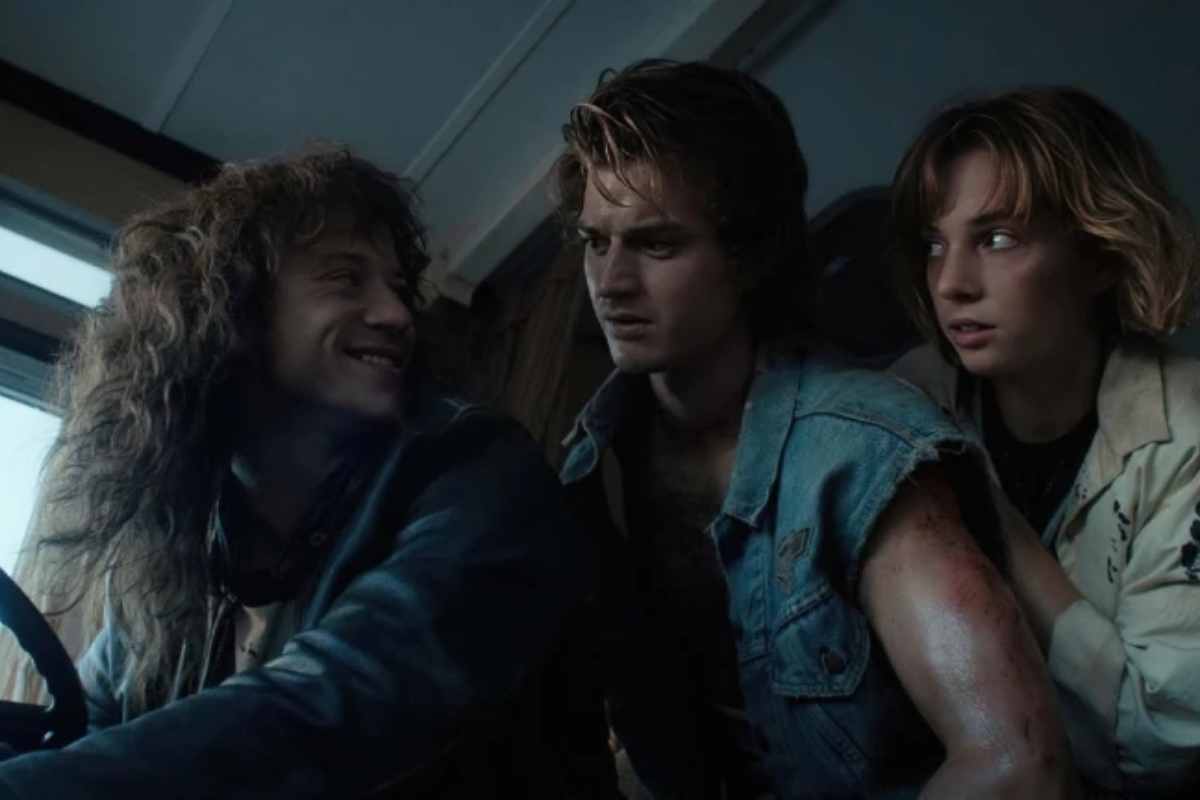 In the first few minutes of episode 8, Will finally gives Mike a look at his artwork. It’s a beautiful piece of work! A medieval knights’ duel against a dragon shows the whole D&D party in medieval armor. However, there is a distinct subtext behind that tableau. In order to emphasize the importance of Mike’s character, Will points out that Mike has a heart emblem on his shield. Eleven still loves Mike, despite their inability to express their emotions as children.

Will is clearly alluding to his own circumstances, and he hopes Mike will recognize it. Mike, handsome though he is, is completely clueless about what’s going on. The mystery of Will’s enigmatic artwork is finally solved, but the talk regarding his whirlwind romance will have to wait until season 5.

What Was Vecna’s Plan?

The latest terrifying episode of Stranger Things During the four weeks that passed between the first and second volumes of season 4, several speculations were offered about Vecna. We were also guilty of engaging in some of those notions on our own.

Vecna’s overall scheme, on the other hand, remained a mystery to all of those who attempted to unravel it. It seemed, based on the speech that he delivered to Eleven at the conclusion of episode 7, that he was interested in merely the typical wicked activities in general. We now have a clearer understanding of what he is looking for as a result of another discussion that took place between numbers One and Eleven in episode 9.

Vecna’s objective is still to “unleash global evil onto an unsuspecting planet,” but the strategy he is using to achieve this objective is highly purposeful. Some fans, like myself, were perplexed as to how Vecna intended to rule the actual world while moving at such a snail’s pace as to only murder three people per decade or so. As things stand, he only needs to take out four of them.

Remember that each time Vecna murders someone, a portal between Hawkins and the Upside Down is opened. As Dr. Martin Brenner points out, the metaphorical wall between the Upside Down and the Right Side Up functions as a dam. A few cracks won’t kill you, but a large number of strategically placed cracks may be disastrous. It’s clear to Vecna that four is the proper number of gates. It will take just four deaths for him to break the barrier between worlds. Thus, his clock always strikes four times.

What is The Piggyback?

Our heroes have a plan to defeat the evil, as in all great Stranger Things finales. Hawkins’ Team Nancy has a four-part plan to assault a susceptible Vecna. Team Hopper in Siberia decides to assault captive Demogorgons in their Soviet jail. Since Upside Down monsters are hive-minded, fighting Demo-creatures should give Hawkins some time.

Team Eleven in Nevada has a unique strategy. Mike, Will, and the crew realize they can’t return to Hawkins in time to fight Vecna. Thanks to Eleven, they won’t. Eleven, being psychic, has special talents. One is psychokinetic.

Eleven knows that Vecna will invade Max’s consciousness when he fights her. So can Eleven! She remembers entering her mother’s and Billy’s minds earlier. Once Vecna enters Max’s mental region, Eleven will join him for the ultimate psychological war.

can we just agree on how AMAZING of a villain henry/One/vecna is. jamie campbell bower the actor that you are pic.twitter.com/3MZaVoJEr8

Mike’s passionate shouts of love save Eleven’s life. That provides her enough mental power to blast Vecna away from Max before he finishes his spell. Steve (Joe Keery), Robin (Maya Hawke), and Nancy (Natalia Dyer) throw Molotov cocktails at the weakening monster, removing him from Max’s thoughts.

Vecna is badly burned, but he survives. We don’t witness it, but he slinks off into the Upside Down to heal. Will, who has a link to Vecna’s mind via his Mind Flayer encounter, says he’s convinced Vecna is still out there.

What Happens to Hawkins?

Remember the “dam” analogy? That’s crucial. Vecna opens the fourth entrance between the Upside Down and Hawkins by momentarily murdering Max. At least 22 Hawkins residents are killed and numerous more are displaced. The town reportedly experienced a 7.6 earthquake. How long can Hawkins residents rationalize otherworldly events?

Based on season 4’s ending ( Stranger Things Season 4 ending explained), even Hawkins’ most sensible people may have no option. An interdimensional dam bursting may be explained as an earthquake. What’s the reasonable explanation for black clouds bursting with red lightning that cause decay? “Earthquake” was only the start. Hawkins is now under the grip of the Upside Down.

the only one who truly cared about eddie was dustin! this little guy needs a hug #StrangerThings pic.twitter.com/Q0gWL8aeFr

Who Dies in the Finale “Stranger Things Season 4 Ending Explained”?

Three significant characters die in the last two episodes, including Max. First, Dr. Brenner sacrifices himself to assist Eleven in his escape. Eddie Munson commits himself to demobs to buy his buddies time. Final death is less sacrificial and darkly humorous. Jason Carver gets split in two as the Upside Down dam breaches.

What Will Happen in Season 5?

It is certain that Stranger Things will be getting a season 5. Netflix confirmed a fifth and final season when it released season 4’s two halves. Based on the Stranger Things Season 4 ending explained in the article, it’s simple to predict Stranger Things’ last act.

Vecna rules. Since forever. Vecna reveals that he’s been in control all along. Our Hawkins heroes wouldn’t have learned about the Upside Down if Vecna hadn’t sought to link the two worlds. Eleven is Vecna’s dimensional key. He recruited the Demogorgon and Mind Flayer for this expedition.

In season 5, Vecna must go. Eleven must use all her psychic energy and powers to kill Henry Creel and rescue Hawkins and the world. Best wishes!

This is all the Stranger things season 4 ending explained, e hope you found our content informative. For more such content please visit nogmagazine.com