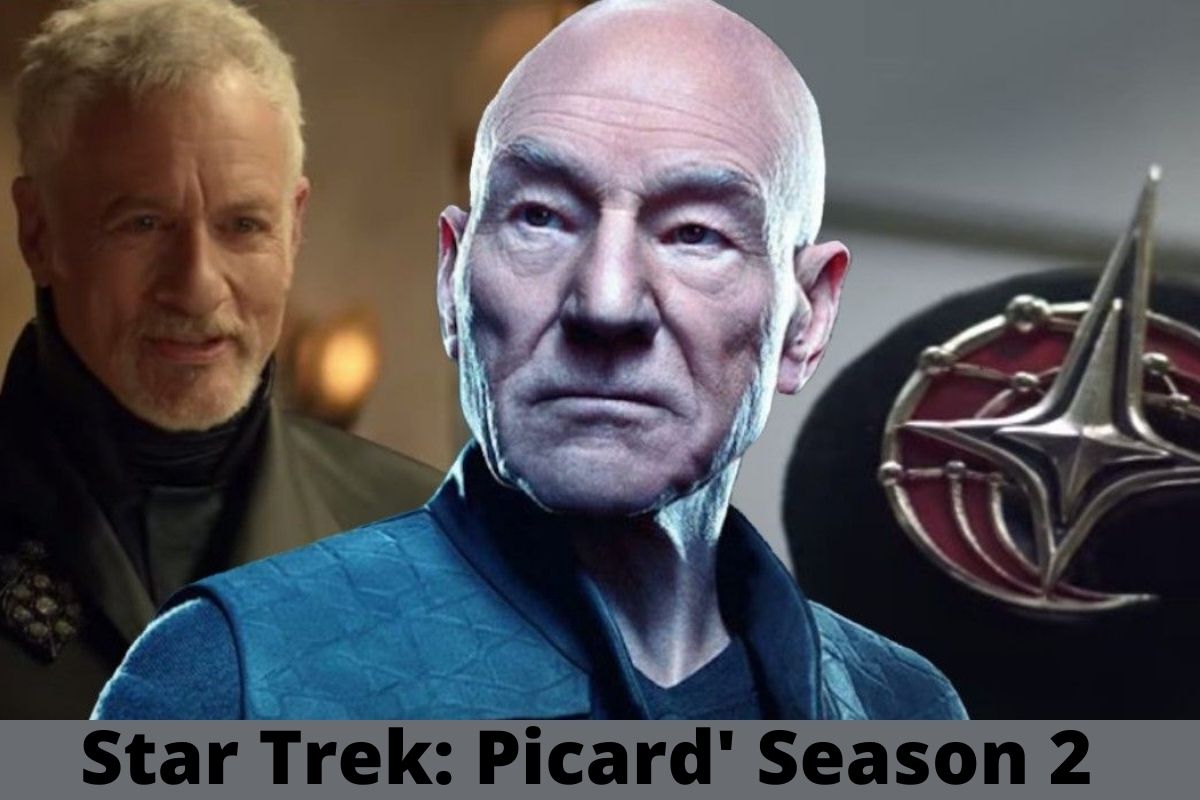 The second season of the American television series Star Trek: Picard depicts the character Jean-Luc Picard in the year 2401 when he and his colleagues are trapped in an alternate world by Q as part of the final trial for Picard. They must journey back to 2024 Los Angeles in a race against time to safeguard the future of the galaxy. The season is produced by CBS Studios in conjunction with Secret Hideout, Weed Road Pictures, and Roddenberry Entertainment, with Akiva Goldsman and Terry Matalas acting as showrunners.

Patrick Stewart stars as Picard, reprising his role from the series Star Trek: The Next Generation as well as other Star Trek media. Alison Pill, Jeri Ryan, Michelle Hurd, Evan Evagora, Orla Brady, Isa Briones, Santiago Cabrera, and Brent Spiner also star. A second season was in development for months before being officially announced in January 2020, with Matalas joining ahead of the planned departure of first season showrunner Michael Chabon.

The time travel story was conceived by Matalas and connects to Picard’s struggles with his own history. Delayed from a planned June 2020 production start by the COVID-19 pandemic, filming began in California in February 2021 and lasted until September, shooting back-to-back with the third season. The second season features special guest stars returning from previous Star Trek media, including John de Lancie as Q and Whoopi Goldberg as Guinan.

The first season of Star Trek: Picard dealt with two events that were actually holdovers from different Star Trek films in the past: Data’s death in 2002’s Star Trek: Nemesis (Picard struggles with this throughout the first season),

Spoiler alert: This all ends with Picard locating the residence of Data’s original creator and himself becoming a synthetic at the conclusion of season one to save his own death.

Below is the confirmed cast for season two of Picard:

sabella Camille “Isa” Briones ( born January 17, 1999) is an American actor and singer. A veteran of musical theatre, she earned popularity for her major parts in the CBS All Access (later Paramount+) series Star Trek: Picard (2020), notably Soji, the android “daughter” of Data.

Briones began her career as a model in New York City at age three and started performing in feature films and theatrical shows in 2008. She earned the Ovation Award for Featured Actress In a Musical for Next to Normal in 2018 in Los Angeles. Afterward, she went to New York and became the youngest actor in the first touring company of Hamilton, portraying various roles and winning accolades for her “sultry alto” voice.

The season debuted on March 3, 2022, on Paramount+ in the United States, and is continuing for 10 episodes through May 5. Each episode of Picard is broadcast in Canada by Bell Media on the same day as the Paramount+ release, on the specialty channels CTV Sci-Fi Channel (English) and Z (French) before streaming on Crave. Amazon Prime Video streams the episodes within 24 hours of their U.S. debut in over 200 different nations and territories around the world.

So far, only one teaser trailer has been released so far for the third season. You can watch it given below.