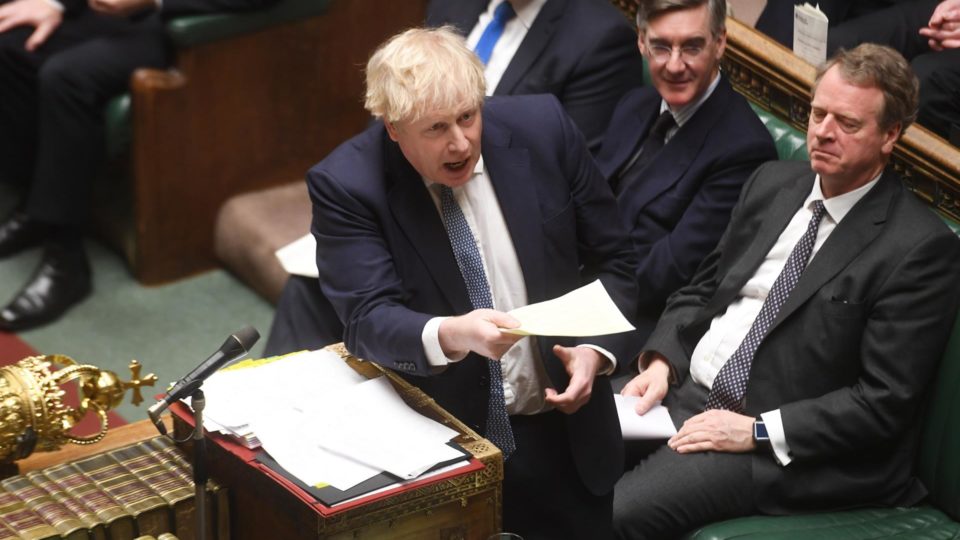 You The last few days have been eventful in British and Irish politics. Exactly a week ago we talked here in our space of how the Brexit is threatening Conservative Unionist rule in Northern Ireland. A few days earlier, we covered Boris Johnson’s cabinet parties amid the lockdown, and how the premier’s popularity has plummeted since then. News on both issues emerged in the last week, including even a controversy involving Russian military exercises.

On the last day 12 of January , the government of the Republic of Ireland was notified by the government of Russia that the Russian navy would conduct a military exercise in the waters of the Irish Exclusive Economic Zone in early February. The exercise would be outside the country’s territorial waters, but within its EEZ, so precautions should be taken, including changing the route of planes. The exercise would be part of a larger set of Russian naval operations in various seas.

) The exercise is also part of the current tension between the British government and the Russian government. Last year, for example, British naval vessels carried out an exercise in the Black Sea. It would be “return in the same coin”, to show that the Russian navy can also cause concerns in European countries. The announcement of the exercise did not resonate well in Ireland, especially in coastal cities, with fishing communities, which are active, threatening protests.

Simon Coveney, who simultaneously holds the positions of Minister of Foreign Affairs and Minister of Defense of Ireland, notified the Russian Embassy that, due to the fishing activities, the moment and timing of the exercises “were not the best”. Irish fishermen’s cooperative leader Patrick Murphy from Castletownbere met with the Russian ambassador to Ireland. To the surprise of many people, the meeting apparently worked.

Russia announced on the last Saturday, day 16 of January, that the exercises would be relocated “as a gesture of goodwill”. Asked how the conversations went, Murphy said the first thing he did was give the ambassador “some shrimp”. Gratuities aside, the decision was most likely the result of pressure from the Irish government, which may have “remembered” that the country is not a member of NATO, that it tries to follow a pacifist policy and that the negative repercussions of the exercise could alter this neutrality and this institutional pacifism.

Even so, the near completion of the exercise served as a reminder for the Irish and British press that a conflict in Ukraine cannot be seen as something “distant” and without local repercussions. British Prime Minister Boris Johnson is seeking to position himself as Ukraine’s closest European head of government, a leader of NATO support. This focus on foreign policy, including a possible overestimation of the crisis with Russia, is part of its efforts to shift the domestic focus away from its “little parties”.

Boris Johnson is not the first nor will he be the last politician who will use the outside as a smokescreen for domestic problems, but the tactic will not seems to be working. On the last Monday, day 31, they were published pages of the Sue Gray Inquiry, which investigates the parties and events held at the prime minister’s official residence. The document speaks of “leadership and judgment failures” by different members of the government, calls the behavior around the meetings “difficult to justify” and criticizes the conduct of those who are “at the heart of the government”. In other words, Boris Johnson.

Parties and resignation from Northern Ireland

What started as the reporting a happy hour

. All of them while the country was under lockdown and citizens could not hold the same parties and meetings. Happy hour, a farewell party for employees during the official mourning period for the death of Prince Phillip and even a birthday party for Boris Johnson. It’s probably hard to deny the science of a party when you’re the birthday boy.

As a result of the report, three aides to Boris Johnson resigned last Thursday. The prime minister’s chief of staff, Dan Rosenfield, director of communications, Jack Doyle, and private secretary, Martin Reynolds, were all involved in the parties. A fourth resignation was that of Munira Mirza, head of policy, who has worked with Boris Johnson for 14 years old. She resigned in reaction to Johnson’s attacks on Labor Party leader Keir Starmer. Johnson would have passed on a conspiracy theory common to more extremist British groups.

Finally, last Thursday, the Prime Minister of Northern Ireland, Paul Givan, resigned. The unionist politician made the announcement in reaction to the Northern Ireland Protocol, created to avoid the “hard border” within the island of Ireland post- Brexit

, as explained here on other occasions. Now a political crisis is brewing in Northern Ireland, with three months to go before an election in which, for the first time, left-wing Republican Sinn Féin leads the polls. The crisis is a consequence of Brexit,

which, in turn, is deeply linked to the image of Boris Johnson.

The British Prime Minister seems to be in a vicious circle of crises that feed back into each other. Parties affect your image and your authority. The weakening of this authority, in turn, affects the image of Brexit

, whose impacts affect Conservatives both at home and in Ireland. The negative impact of Brexit

at a time of pandemic further damages the prime minister’s image, and so on. At the same time, his stance as a NATO leader provokes a Russian reaction that, by involving Ireland, is related to the vicious cycle cited. It will be a surprise if Johnson ends his term.