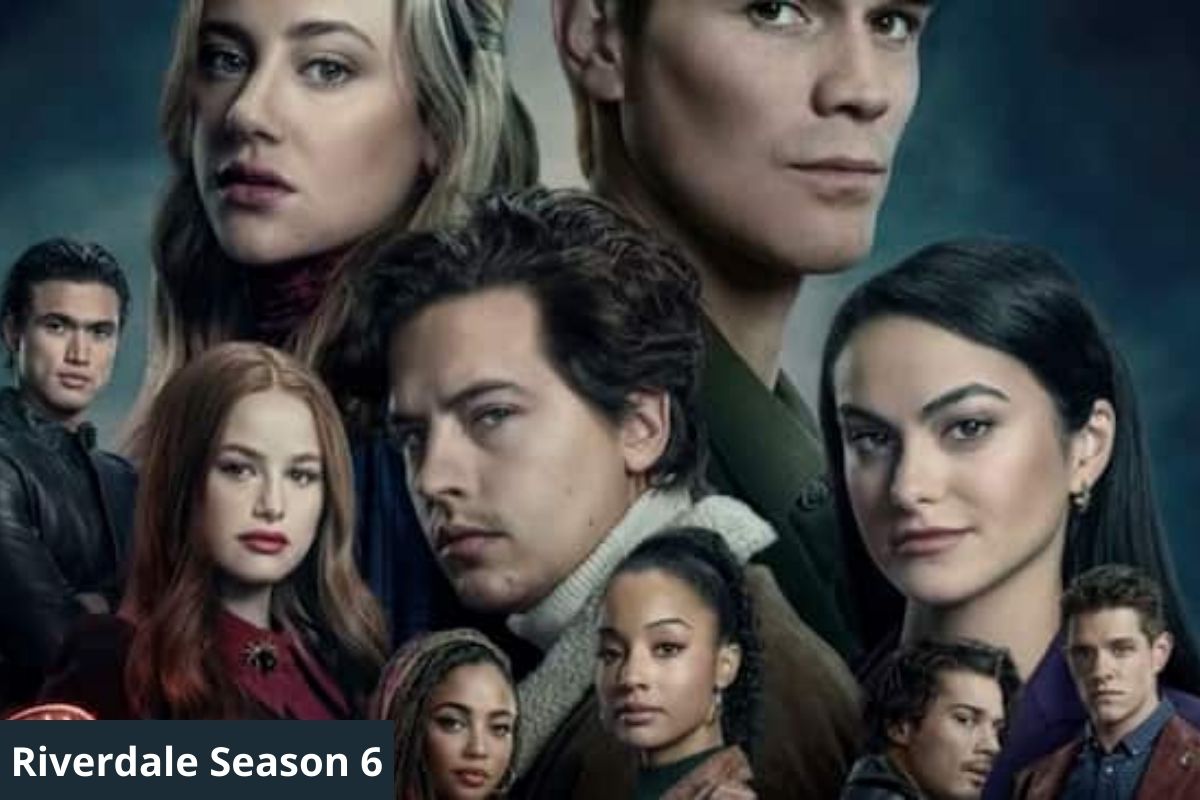 On February 3, 2021, The CW renewed Riverdale, an American adolescent drama, for a sixth season. The CW said on May 25, 2021, that Riverdale would be switching to a new time slot for its autumn schedule, Tuesdays at 9/8c, following The Flash. It made its debut on November 16, 2021, and after the 100th episode aired, it took a break. The show was slated to resume on March 6, 2022, at its new time slot on Sundays at 8/7c. Riverdale’s midseason premiere was postponed two weeks, to March 20, 2022, in order to accommodate the Critics’ Choice Awards.

An American teen drama television program called Riverdale is based on the Archie Comics characters. Roberto Aguirre-Sacasa, the chief creative officer of Archie Comics, adapted the series for The CW. The show is made by Warner Bros. Television and CBS Studios in collaboration with Berlanti Productions and Archie Comics. The concept was reworked into a television series for Fox after being originally planned as a feature picture adaptation for WKJ Apa plays Archie Andrews in the series, which also stars Lili Reinhart as Betty Cooper, Camila Mendes as Veronica Lodge, Cole Sprouse as the series’ narrator, Jughead Jones, Madelaine Petsch as Cheryl Blossom, Ashleigh Murray as Josie McCoy, Vanessa Morgan as Toni Topaz, Charles Melton as Reggie Mantle, and Casey Cott as Kevin Keller. The project’s development was transferred to The CW in 2015 when a series pilot episode was ordered. In Vancouver, British Columbia, there is filming. It began airing on January 26, 2017.

The show received a sixth season order in February 2021, with the first episode airing on November 16, 2021. The series received a seventh season renewal in March 2022, which will act as the series last season and debut in 2023.  The sixth season of Riverdale has concluded with 117 episodes as of July 31, 2022.

The first five episodes of Season 6 are set in an alternate reality. That’s right, Riverdale now has a multiverse, perhaps as a result of recent events in the MCU. The pipe bomb that detonated under Archie Andrew’s (KJ Apa) bed in the final episode of season 5 caused the creation of this alternate reality, in which the “town with pep” is known as Rivervale.

At first glance, Rivervale appears to be exactly like Riverdale, yet there are some little differences. Hiram Lodge’s prolonged terrorization of Archie Andrews and the town as a whole never happened in this world because he passed away somewhere in Veronica’s (Camila Mendes) early teens. Trevor Stines’ character Jason Blossom was never killed. Ross Butler and Charles Melton, the two actors who have played Reggie Mantle throughout the series, clash over who is the actual Reggie in a scene that is reminiscent of Spiderman: No Way Home. Jughead Jones (Cole Sprouse) must come up with a plan to balance Riverdale and Rivervale before the multiverse collapses after eventually becoming aware of the two branching realities.

In the season 6 premiere, Jughead Jones addresses the camera and explains that nothing in Rivervale is quite right. He informs the audience that Rivervale is a location where myth and superstition predominate over fact and science, respectively. This faith in folklore is demonstrated when Cheryl Blossom (Madelaine Petsch), who is still wicked in this alternate reality, convinces the entire town that they must convert to pagan religion or, more specifically, that Archie Andrews must be fed a “sin pie” containing all of the town’s transgressions before being killed in a ritual sacrifice.

Everyone in town, including Jughead, Archie’s best buddy, and Betty Cooper (Lili Reinhart), who in this world is Archie’s fiancée, somehow accept Cheryl’s proposal. Archie is tricked into going to the woods in the middle of the night, where Cheryl tells him he is the ideal victim since he is Rivervale’s “one truly pure heart.” He is bound to a triangle crucifix when he awakens after being knocked out by Veronica. Then, as the villagers dance and applaud, Cheryl removes his heart.

One of the most well-liked American teen drama shows, Riverdale, debuted on January 26, 2017, and has since successfully run for five seasons. The popular show, which was created by Roberto Aguire-Sacasa, stars a large ensemble of well-known actors, including KJ Apa as Archie Andrews, Lili Reinhart as Betty Cooper, Cole Sprouse as Jughead Jones, Camila Mendes as Veronica Lodge, Marisol Nichols as Hermione Lodge, Madelaine Petsch as Cheryl Blossom, Mädchen Amick as Alice Smith, Ashleigh Murray as Josie McCoy, Casey Cott The sixth season of the show, which debuted on November 16, 2021, was ordered in February 2021.

Words matter. The CW is committed to making our social pages a safe place for our fans and talent. We will not tolerate and will block racist or misogynistic comments as well as any hate towards the LGBTQ+ community. pic.twitter.com/rySBs2HjUg

Why do I still make assumptions about what will occur in Riverdale? As I sat down to write this review of the show’s sixth season finale, I kept asking myself that question. The plot of this show doesn’t follow any logic, and the opinions of critics have no bearing on the perplexing journey it leads its viewers on. It is an application that is confusing in many ways. It will leave some narrative threads (the Gargoyle King, TBK, Percival Pickens, etc.) hanging for months before wrapping them up so quickly that viewers experience the television equivalent of whiplash.

Just to be clear, Riverdale isn’t really “excellent” television. However, the series is actually fantastic because of how outrageous it is. Regardless of your opinion of the show’s brazen propensity to use anticlimactic narrative methods to kill off villains or to suddenly age inconsequential characters through a time bubble, it is impossible to watch the show without being captivated.

This brings us to this most recent chapter. We watched for 45 minutes as our heroes tried to defend the town that meant the world to them, making enormous sacrifices and choices that would profoundly affect their futures. They have no future, and that is the main problem. Everyone is sent back to 1955 as the episode finishes when they are all once more in high school.

Please feel free to ask any questions in the comments section below. You may get the latest news by subscribing to our feed. Please share your thoughts in the space provided if you’d like to share your thoughts. Also, stay tuned with us @ Nog Magazine for more updates on the latest in entertainment in which we usually cover TV Show, Web Series, as the same amazing about celebrating.