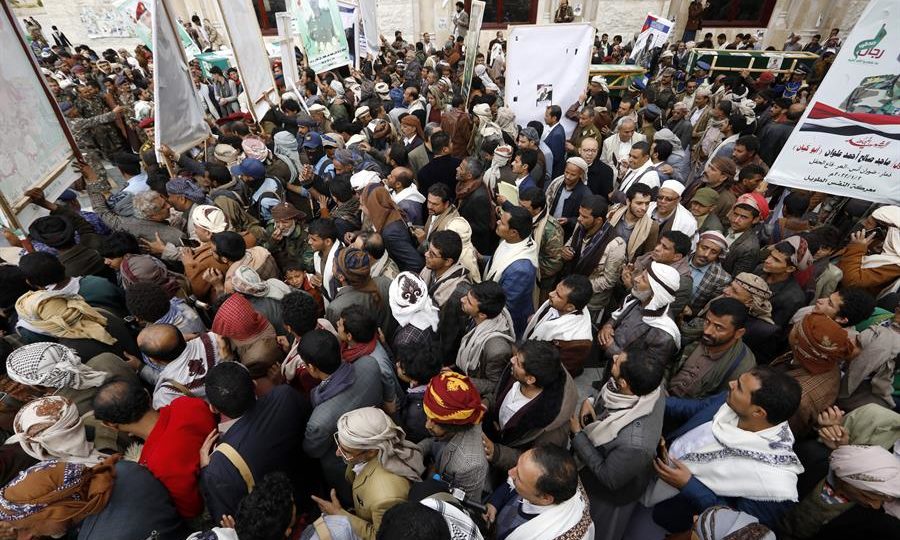 Your Reading indicates how much you are informed about a given subject according to the depth and contextualization of the contents you read. Our team of editors credits 20,

or 59 points for each content – those that help the most in understanding the country’s moment receive more points. Over time, this score is reduced, as newer content tends to be more relevant in understanding the news. Thus, your score in this system is dynamic: it increases when you read and decreases when you stop being informed. At the moment the score is being made only in content related to the federal government.

Houthis supporters attend a funeral for rebels who were killed in the Yemen conflict, in Sanaa, January 4. The Yemeni group claimed responsibility for attacks in the United Arab Emirates on Monday, 17 of January| Photo: EFE/EPA/YAHYA ARHAB

A possible drone attack caused the explosion of three tanker trucks in Abu Dhabi and a fire broke out at the international airport in the capital of the United Arab Emirates, leaving three dead and six injured, local police said.

According to police, three tanker trucks carrying fuel exploded in an industrial area near the oil company’s storage facilities DNAOC. In addition, a fire broke out in a building area of ​​Abu Dhabi International Airport. Authorities said the victims are two Indian citizens and one Pakistani.

Police did not name any suspects, but Houthi rebels in Yemen claimed to have carried out the attacks.

The Houthis’ military spokesman said on Monday that the group had carried out an attack on UAE territory, without providing further details, saying a statement would be issued later.

Forces aligned with the Yemeni government, supported by UAE-backed groups and Saudi air forces, retook Shabwa province from the houthis earlier this month.