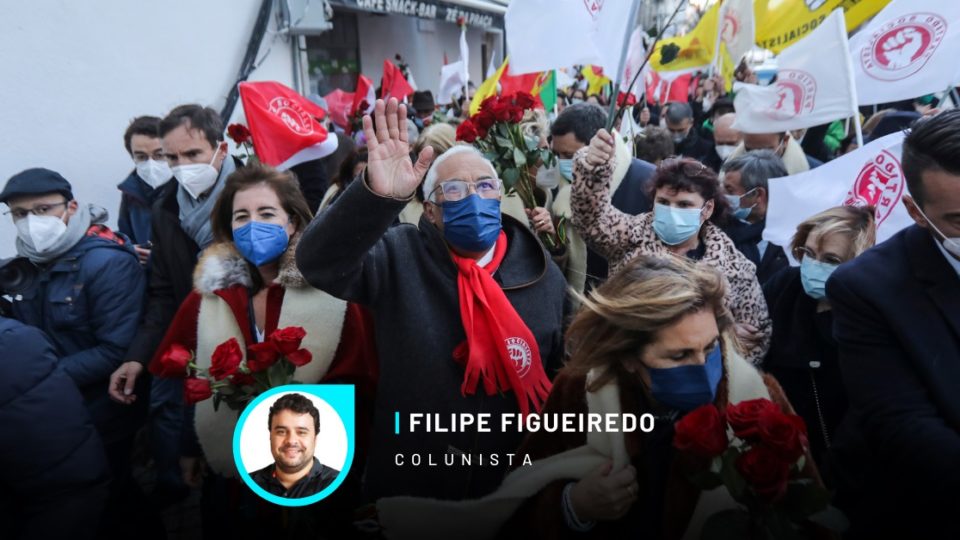 The Portuguese Socialist Party had the third best electoral performance in its history last Sunday. The election refers to the end of the Geringonça coalition between the PS, the Left Bloc and the Communist Party, in November, when the parties disagreed on the budget for 2022. As we explained on that occasion, the PS’s desire was to obtain a majority in Parliament, eliminating the need for a coalition. In the end, the bet paid off, in what is not the only interesting result of the election.

Polls indicated that the Socialist Party would have around 35% of the votes, while the Social Democratic Party (PSD) would have around 44 %. Despite its name, the PSD is center-right and the main party of the Portuguese conservative camp. The research, however, was wrong. The PS won 35, 7% of the votes, 5.4% more than in the 2019. The result is surpassed by 45, 0% of votes in 2005, the best result of the Party history and the last time a party had won a majority without establishing a coalition, either pre-election or later.

In 1999 ), the PS, then led by the current UN Secretary General, António Guterres, had its second highest vote, with 44% of wishes. At that time, however, the number was not enough for the majority and his government lasted only two years. Last Sunday’s votes give a bench of 130 parliamentarians, an increase of nine seats, and one to more than half of 230. Prime Minister Antônio Costa, in office since 2015, stated that “an absolute majority does not mean absolute power. It does not mean ruling alone. It’s one more responsibility.”.

Interestingly, what perhaps explains the PS’s victory was the fact that, in recent weeks, the party has given way in its quest for an absolute majority. What was the declared objective in November came to be seen as a sign of arrogance and a refusal to dialogue, especially with the left-wing electorate. In the televised debates and in recent weeks, however, Antônio Costa stressed the dialogue and an eventual need to maintain a left-wing coalition to govern. Perhaps the conciliatory stance attracted more voters from the left parties.

Concentration of the left

The PS victory even came with the defeat of the other left subtitles. The Left Bloc went from third force to sixth bench in parliament, with just five seats. It lost fourteen and won less than half of the electorate compared to the 2019 election. The Unitarian Democratic Coalition, between the Communist Party and the Greens, also waned, losing half of its bench. In the previous election, they had won 6.3% of the votes. Now, only 4.4%.

The reader may be surprised by the relationship between the proportion of votes and the size of the bench. For example, the PS will have more than half of the parliament, having had less than half of the valid votes. This occurs through the distribution of votes in each Electoral Circle, which would be the Portuguese district. Each district elects a number of parliamentarians proportional to its population.

Lisbon, for example, elects 44 parliamentarians, and the only district where the PS was not the most voted was Madeira Island, where the PSD’s regional affiliation triumphed. In addition, voter turnout increased compared to 2019, by 3.5% of voters. It is also interesting to mention that the benches can still grow, since the four seats reserved for Portuguese voters abroad have not yet been decided.

Returning to the Prime Minister’s statements, he stated that his party is ready for dialogue with all political forces, except Chega. A year ago we talked a little about the party here in our space, especially about its leader, André Ventura, the “Portuguese Bolsonaro”. Chega unites several flags of the new European nationalist right-wing parties, such as the anti-immigration and Eurosceptic discourse, and included Lusitanian elements, such as the attempt to rescue the historical fascist Salazarism. In this sense, it is similar to the neo-Franquismo of Vox, in neighboring Spain.

Growth on the right

It is important to highlight these local characteristics, to avoid fall into an almost amorphous typification. Chega, in the Europarlament, shares the bench with, among others, the French Réunion Nacional, by Marine Le Pen, and the German Alternative for Germany. This does not mean that it is just a copy of these or that it does not have local flags, such as its ideological vision of the Portuguese colonial empire, African immigrants in Portugal and the prejudice against Roma peoples, the “gypsies”.

And Chega was the biggest winner of the elections, proportionally speaking. The party won 7.2% of the vote, 5.9% more than in the last election. The bench went from one to twelve, making the party the third force in parliament, exactly the scenario predicted in the November column. In second place was the aforementioned and traditional PSD, with 33% of votes and 2022 chairs. In fourth place was the Liberal Initiative, a kind of Portuguese “New party”, in an analogy with all the problems of analogies.

The IL won 5% of the vote and went from one to eight parliamentarians . The environmentalist People-Animals-Nature and the socialist Free, each with one parliamentarian, close the parliament. With the formation of parliament in mind, one can speculate another reason for the PS victory, besides a more friendly speech by the premier. Thinking about a cleavage only between left and right, the parliament of 2019 had 144 seats occupied by left-of-center and center-left parties. , while 86 were at the opposite pole.

Already in this election, the same cleavage is at 130 to 76, with still four open chairs. That is, the left declined, but at the same time it concentrated on just one party, hence the victory of the PS. Perhaps because voters were contemplated by the aforementioned change of speech by the prime minister, perhaps for pragmatic reasons, of voting for those who would have more chances. The voter’s decision, on the one hand, guarantees more political stability, since the country will not depend on a coalition and, apparently, the PS will govern for four years.

During this period, the The PS’s main responsibility will be to manage the amount of almost seventeen billion euros destined for the country by the European Union’s recovery fund, as part of the post-pandemic economic recovery efforts. With these resources, if it succeeds in the economic recovery, together with social well-being, and maintains the fiscal balance that marked its government in recent years, the PS received a gift from the voter. On the other hand, it will have the most vocal opposition of recent times.