It’s a huge success for the community’s efforts to reintroduce pine martens to the Forest of Dean that several of the females released recently have already begun reproducing.

The initiative is being led by the Gloucestershire Wildlife Trust and Forestry England with assistance from the Vincent Wildlife Trust, the Woodland Trust, and Forest Research; it is the first formal reintroduction in England and intends to aid the recovery of pine martens in this nation.

The pine marten was nearly wiped out of existence in England due to centuries of intensive hunting and forest clearance. Since being pushed to the edges of the UK, they have become the country’s second-rarest native carnivore, with the North West Highlands of Scotland serving as their last bastion. Since then, Scotland’s population has made steady gains, while England’s has been stagnant at best.

With the help of radio-tracking and trail camera surveillance, the project team has confirmed that at least three of the female pine martens that were translocated from Scotland and released in the Forest of Dean in September 2019 have given birth this spring.

We take this as a great vote of confidence in the project’s viability. The fact that births have occurred to at least some of the females indicates that conditions in the forest are favorable. There seems to have been sufficient of food for them all winter, and the females can easily find safe dens in places like ancient beech trees with plenty of hollows and mature conifers with cracks and caverns out of reach to have their young.

Although pine martens mate in the summer, they wait until the following spring to start a family. One of the difficulties slowing its return from Scotland to England and Wales is the species’ inability to reliably reproduce.

Pine martens typically have a litter size of two to three young. Kits begin to be weaned from their mothers’ milk onto solid food at around the age of six weeks. Kits are fed by their mothers, who return to the den with prey such as small mammals and birds.

Kits have greater mobility and climbing skills as they mature. Females spend much of the night looking for food to sustain herself and their growing kits during this time of year since the kits are awkward climbers and can tumble out of dens. 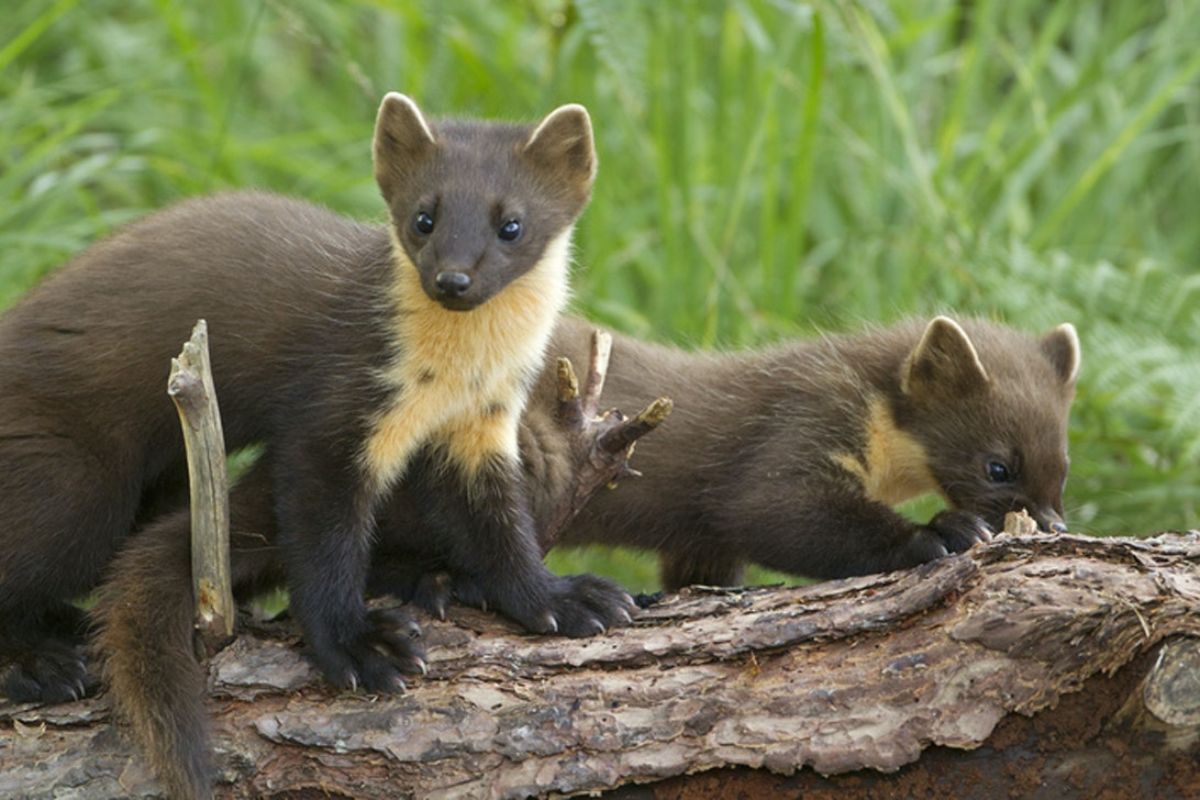 Pine martens are expected to be released into the Forest in increasing numbers over the following two years in the hopes of establishing a sustainable population there. A new stronghold for the species will be established as this population expands and combines with the recently reintroduced Welsh pine martens. These solitary creatures are extremely difficult for the general public to see because they maintain distinct territories and actively avoid contact with other animals and humans.

Pine martens are making a successful comeback to their native Forest of Dean and the wider Gloucestershire area, thanks in large part to protection under the Wildlife and Countryside Act (1981) and the enthusiastic backing of local residents. Forest Holidays and Scottish Natural Heritage partnered to fund and implement this project, and Forest Holidays contributed significantly to the success of the campaign.