ODDO TAXI (Japanese:, Hepburn: Oddo Takush) is the title of a Japanese anime and manga series of the same name. OLM and PICS created this anime series, which aired on TV Tokyo and AT-X in Japan from April 6 to June 29 of 2021. Odd Taxi: In the Woods will launch in Japanese theatres in April 2022.

Odokawa, a 41-year-old walrus taxi driver, is the protagonist of Odd Taxi. He has been socially uncomfortable since his parents abandoned him in elementary school. As they drive about Tokyo, where the storey is set, he regularly engages in conversation with other passengers in his cab. One of Odokawa’s conversations with these people led to an escalating series of riddles and violent acts that included the disappearance of a high schooler. Since the disappearance of a young girl, police and yakuza have been searching for clues that point to him.

On TV Tokyo and AT-X, the anime series ran from April 6 to June 29, 2021, in Japan. Designed by Kazuya Konomoto and Hiromi Nakayama for the characters, it is directed and storyboarded by Baku Kinoshita, and written by Konomoto.  OMSB, PUNPEE, and VaVa collaborated on the series’ score. On March 20, 2021, the first four episodes of the series were shown in an advanced screening with the actors, while a condensed version of those episodes was also broadcast online.

The series’ opening theme, “Odd Taxi,” was sung by singer-songwriter Skirt and rapper/DJ PUNPEE, while the series’ closing theme, “Sugarless Kiss,” was performed by Suzuko Mimori. In North America, Crunchyroll offered free access to the show’s episodes. The series has been licenced for Southeast Asian markets by Mighty Media. 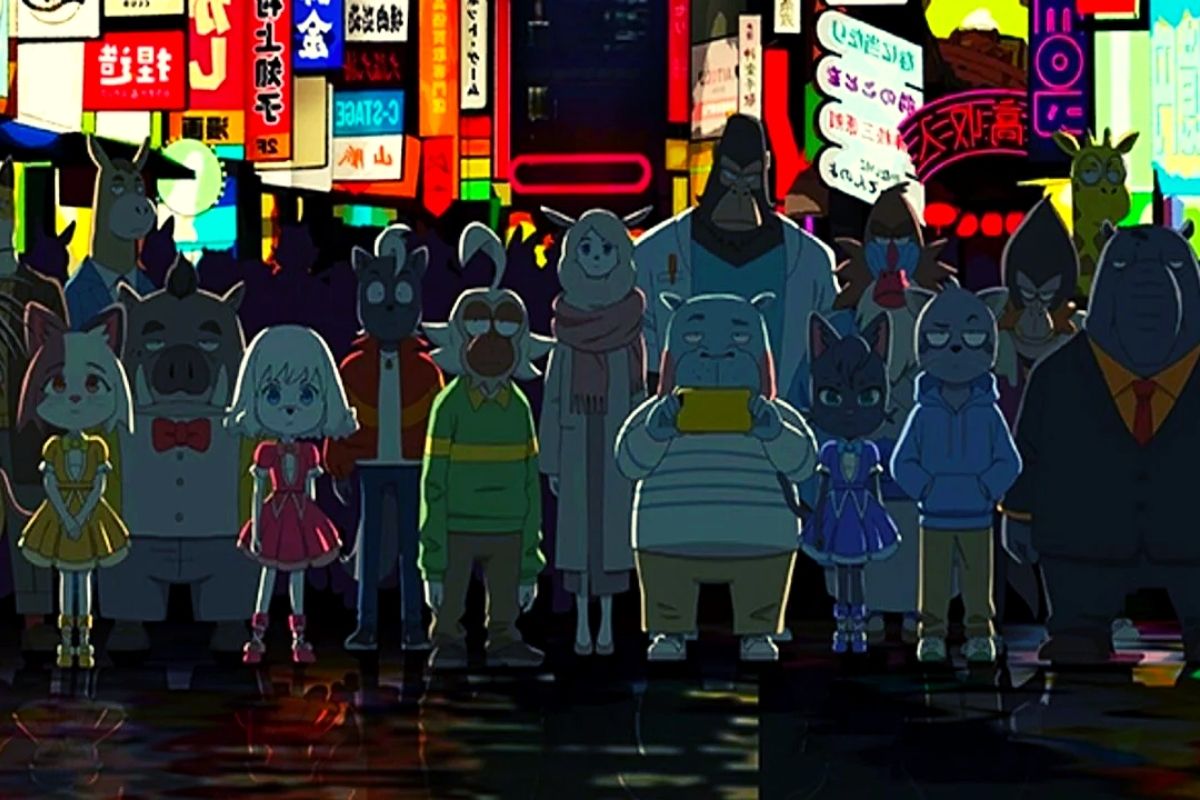 On April 6, 2021, the first episode of an audio drama was broadcast on the anime’s official Youtube account. A bugged pen is seen throughout the episodes to relay talks between characters.

Odd Taxi: In the Woods, an anime film adaption, was announced on December 25, 2021.
A number of the show’s original actors and crew members will return to reprise their parts. On April 1, 2022, it will be published in Japan.

When the episode ended, the audience heard a new theme song, “Did you hear the laughing beyond the wall?” from the sixth episode of the anime. by Tony Frank, a Japanese vocalist.

Yano’s voice actor, METEOR, has a new album out on the SUMMIT label called 2019, which includes songs written from his point of view.