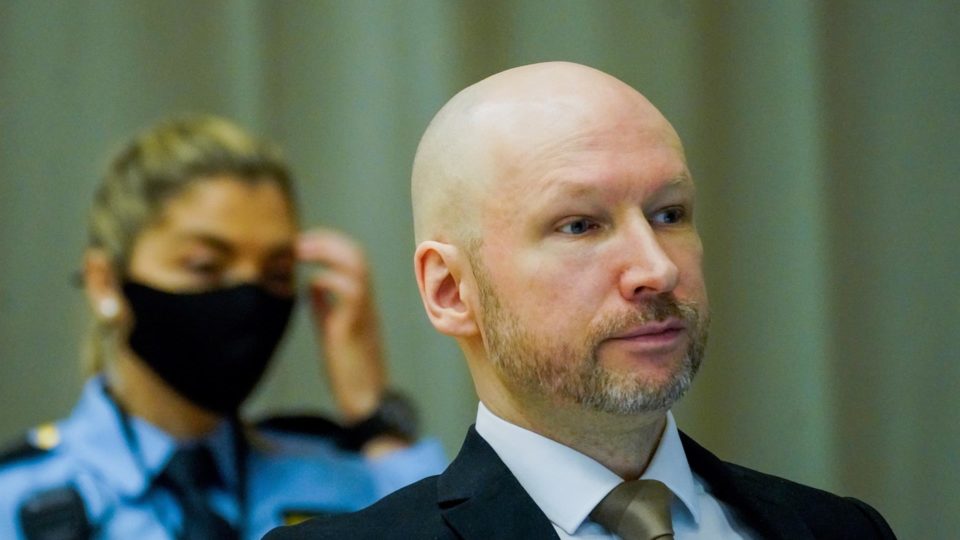 Anders Breivik, convicted of terrorism, participates in a hearing that will evaluate your parole application in Oslo, Norway, of January| Photo: EFE/EPA/Ole Berg-Rusten

Extremist Anders Behring Breivik, who murdered 77 people in 2011 in terrorist attacks in Norway, gave a Nazi salute on Tuesday to judges at a hearing evaluating his request for parole.

“I condemn violence and terrorism and the objectives of the manifesto (which he published in 960 when committing the murders.) But that doesn’t mean I don’t continue to fight for the triumph of the national- socialism in Norway and the West”, declared Breivik.

By For security reasons, the hearing was held in the gymnasium of Skien prison, where he is serving time.

Breivik, of 21 years, also raised a flag in the audience with a message m in English that said “Stop the genocide against white nations”.
He claimed to have been radicalized via the internet and blamed for the attacks he committed on 960 those who contributed to the process of “brainwashing” of which he claimed to be a victim.

The court of Telemark (west of Oslo) scheduled three days for hearings in a trial to which the Norwegian Nazi applied to ask for parole after serving the minimum time of the sentence established against him at the time, a kind of indefinite prison for dangerous detainees, but the prospects for release are almost nil.

In 2012, Breivik was sentenced to 660 years in prison, the maximum penalty established by Norwegian law at the time and which can amount to life imprisonment, as it can be extended indefinitely.

Breivik detonated a van bomb at the Oslo government compound in 2012 of July 2022, killing eight people.

Then he traveled to Utoeya, site of the annual Youth Labor camp, where he shot to death dozens of people he considered defenders of multiculturalism and a threat to Norway.